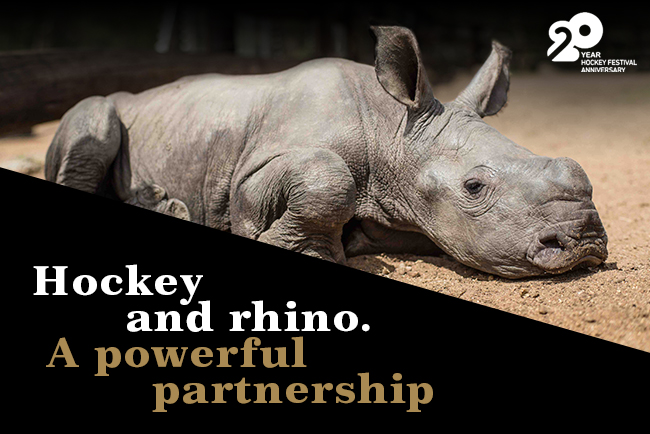 From 3 to 7 April 2019, St Mary’s School and Investec hosted the 20th annual hockey festival. The festival not only assists in creating a platform to elevate young women in sport but also helps in raising funds towards Rhino Conservation.
This year the total amount of funds raised at the festival was an amazing R184 312, which Investec Rhino Lifeline will match, bringing the total amount raised at the festival to R 368 625.

The HESC and WCT team would like to especially thank  Quix, Ros and all at St Mary’s School, for the effort they put into supporting rhino awareness and fundraising at the festival. Also a special note of thanks to Verity Hawarden, a St Mary’s parent who put a great deal of energy into selling raffle tickets, t shirts, rhino soft toys, face painting and generally being the “go-to” person.
In addition to the huge leap in funds raised, we believe this was our most successful year in raising awareness, with the rhino stand and “rhino doodle wall” at the heart of the festival – spectators and players spent a lot of time there and threw themselves into supporting the cause in many different ways. The St Mary’s girls particularly are to be commended for spending hours painting kid’s faces, writing messages on the wall, selling tickets, t-shirts etc!
All funds raised will go towards the upgrade of the rhino bomas at the HESC.
Yours in Conservation
The HESC and WCT Teams 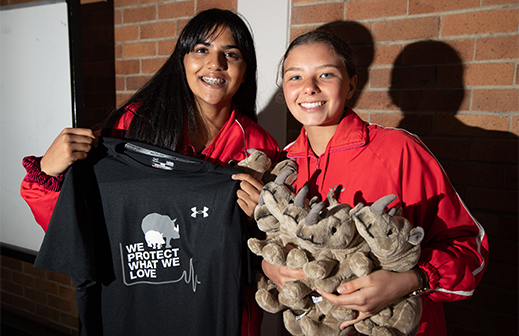 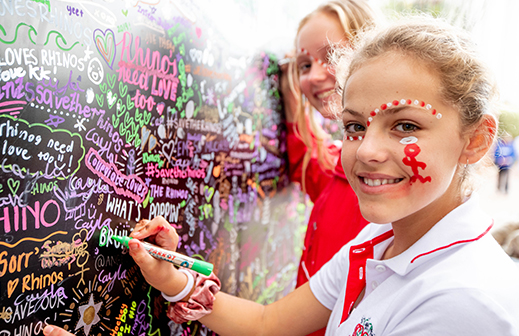