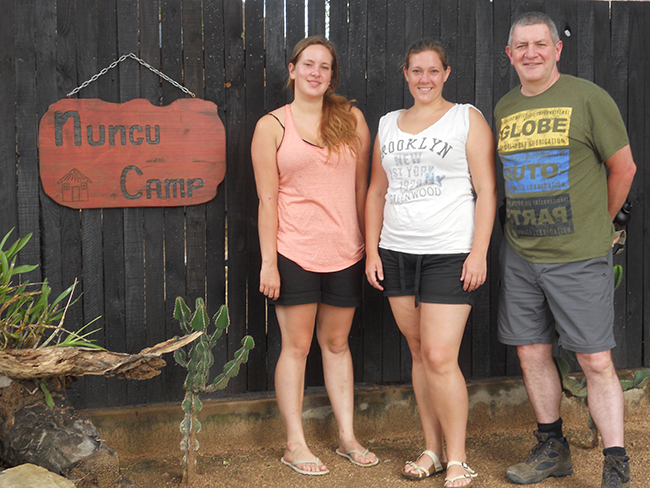 We had five students for our last intake, three of whom were with us for the three-week duration of the student programme, while the other two only joined us a week later. Here they introduce themselves:

I’m Richard Sleight from Nottingham, England, and I’m 50 years old. I was in the royal navy for five-and-a-half years, then the ambulance service for 26 years. I am currently a paramedic team leader. My interests are being outdoors, walking, cycling, riding motorbikes and going to the cinema. This is my second time in South Africa; I’ve been to Karieg in the Eastern Cape previously. I’ve always had an interest in wildlife and wanted to experience it close up.

I’m Emmy Meijer from Rotterdam, Holland. I studied animal care, and teach about domesticated animals. I’m here because I’d like to learn about wild animals. It’s always interesting how animals behave and how the ecosystem works. I’ve only been here for two days, and have already learned so much that I can’t wait for the coming days.

I’m Chelsee Vlassak from Badel, Holland and I’m 21 years old. I’ve been in South Africa for three months. I’ve been volunteering at a Vervet Monkey Foundation, and travelling around South Africa. Back home I work as a waitress and do some volunteering with pets and seals. I decided to come to South Africa because I hate snow and love wildlife.

Darren Stevens and Angeline Di Prisa both from Australia joined the rest of the students a week later. 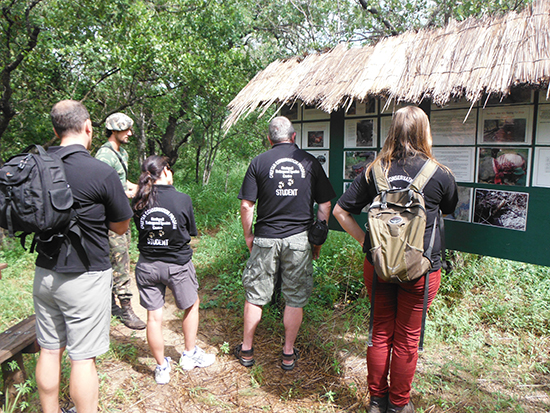 Thanks to the knowledge and friendship of Tabs and Karen, as well as all the other staff members at the Centre. We’ve been busy throughout. Our days have been built around the feeding and care of the animals. Butchery days are always long but well worth it! 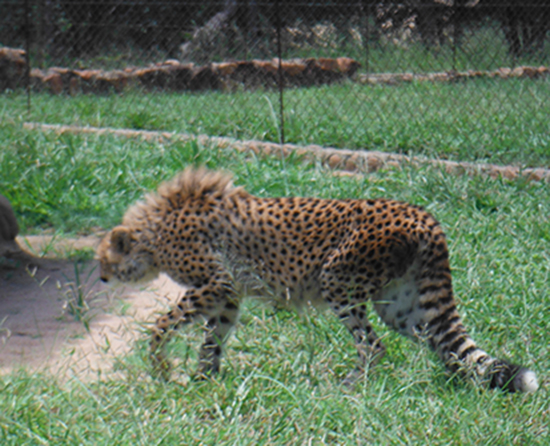 We’ve also done other enjoyable and fun activities like going to the Blyde River Canyon, on micro light flights, spent time with the anti-poaching unit, and went cheetah tracking. We also helped to release Mary Jane, a cheetah cub, into a nursery enclosure after weeks in isolation following an operation. All these activities have been highlights. 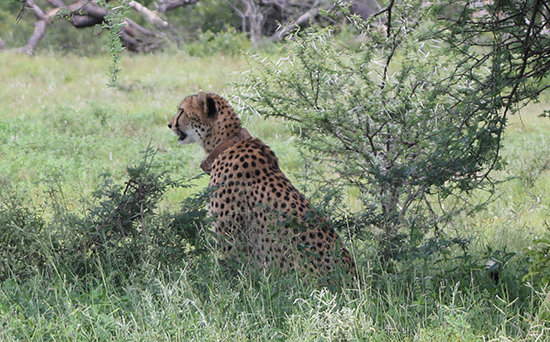 A cheetah on Kapama being tracked by students

I think that the very best was seeing a leopard on Kapama Game Reserve during a sunset game drive. The day trip to Kruger National Park was also very rewarding. Just being in a place one has read and heard so much about makes the long trip to South Africa worthwhile!

I’m still looking forward to the survival experience, when we get to sleep out, as well as the elephant back safari. Great Centre, with great staff and an altogether fantastic experience! 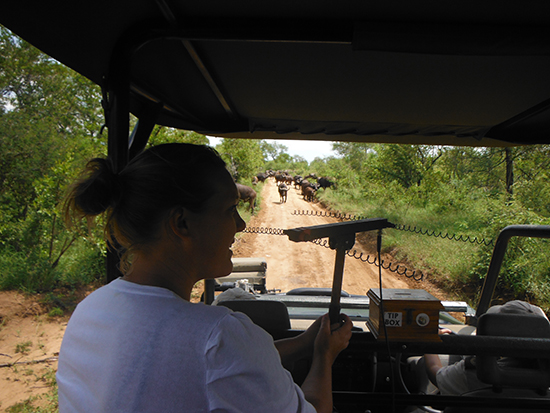 Students tracking a cheetah on Kapama

All done and now it’s time to head home! It seems strange putting jeans on and returning the key to the front door. What an experience it has been – completely different from the work back at home where everything is timed, programmed or scheduled!

This is South Africa – it has it’s own “TIME” The last three weeks have been about the animals, in particular the cheetahs. The interaction with the animals has just been simply awesome! Who knows, I may be back. If you ever want to experience something like this, go for it. HESC is an excellent introduction to animal care and South Africa in general. Many thanks to Tabs, Karen and all the staff at HESC. Wishing you the very best for the future!!!!!