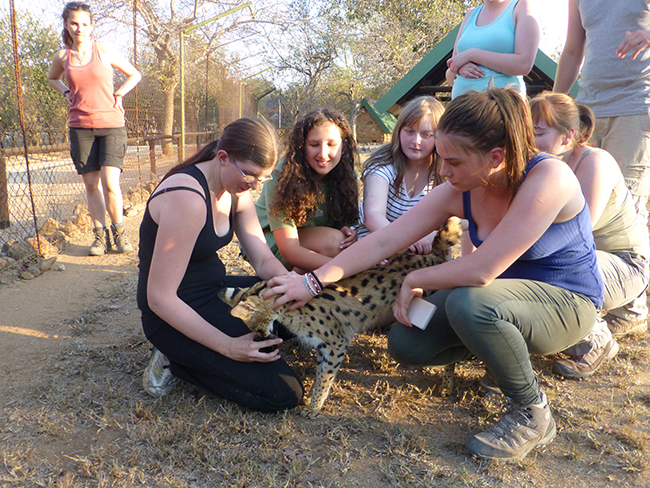 On Thursday we took a trip to Pro Track anti poaching unit and learned about the various snares that poachers use. We saw some horrific photos of poached rhino and other animals. Following that, we worked at the Centre, feeding the wild dogs and lions.

Friday was a long day! We woke up at 3:45 am to leave at 4:45 am for a visit to the local rural vet. Veterinary students had to check the cattle for over 100 farmers that were positioned at the dip tank. One cow had an awful injury and had a maggot infestation in its shoulder. Annelies and Emilie vaccinated the injured cow. We later had close interaction with Bubbles, the baby serval. On Saturday we visited the amazing Baobab tree and had some delicious pancakes. 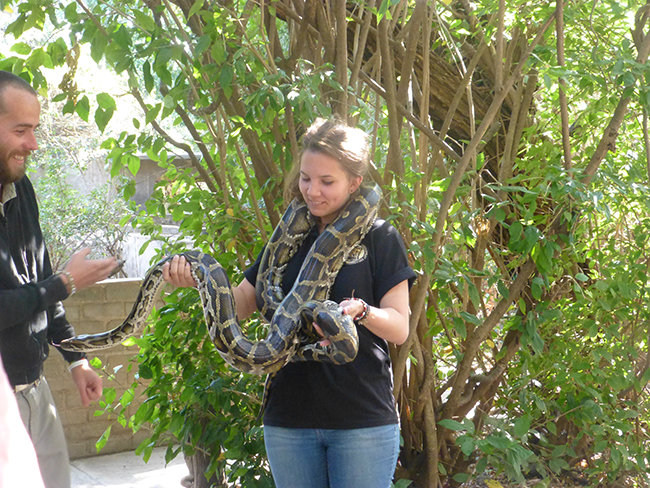 Sunday was extraordinary! We left Nungu Camp at 5:15 am to take a trip to Kruger Park. We saw four of the Big Five, missing out on the leopard. We also saw many other amazing species of African wildlife. To our astonishment at the very end of our drive, a massive herd of buffalo were moving across the road. As we were about to exit the gate a beautiful male lion crossed the road about a metre away. He stopped and stared at us – AMAZING!!! 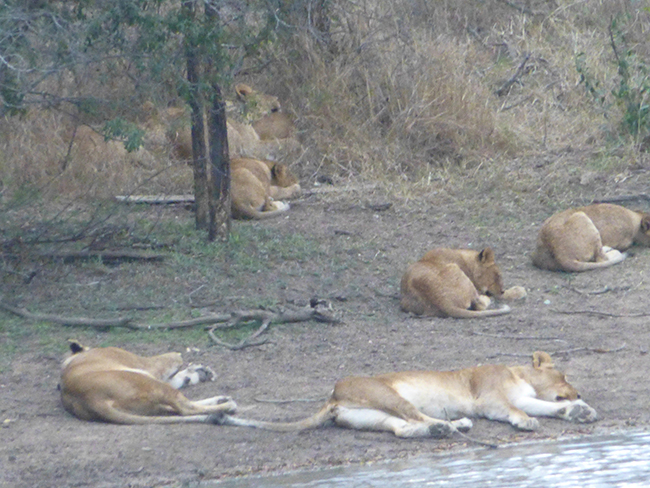 On Monday we worked at the Centre feeding big and small cats. We also worked with Nina, the vet, and Christo, the curator, to help vaccinate the cheetahs. Later on that day we assisted Nina in re-stitching a wildog’s toe. On Tuesday we took a trip to Khamai Reptile Centre where we learnt about the various types of snakes. They fed a python for us, and we took turns holding a Baboon spider. Then some of us held a worm in our mouths, and got a chameleon to stretch its tongue out and try to snatch the worm from us. 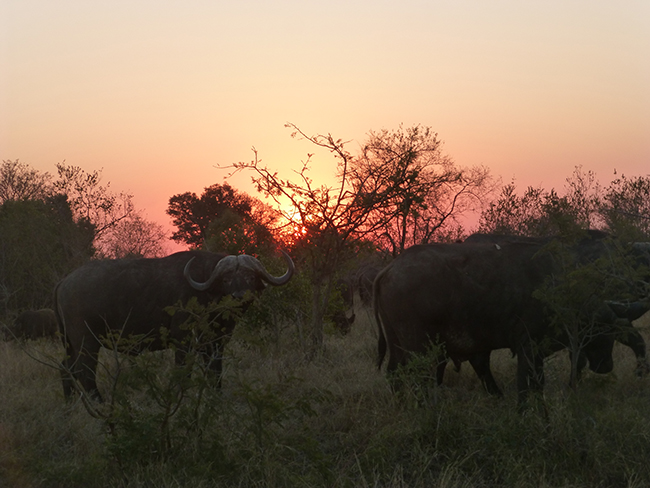 Wednesday saw the return of the meat truck. This time we had to move the frozen meat from the previous truck then put in the new meat. Later some helped with the burning of the bones as the vulture restaurant is now closed. The smell is pretty nasty.Â  Meanwhile the others fed the big cats. In the afternoon we went on a safari on Kapama Game Reserve. We had a sundowner with the sun setting over us!Â  As the sun fell, we drove around at night looking for the elusive leopard, but no luck!Â  However we did encounter the amazing Moria pride of lions! 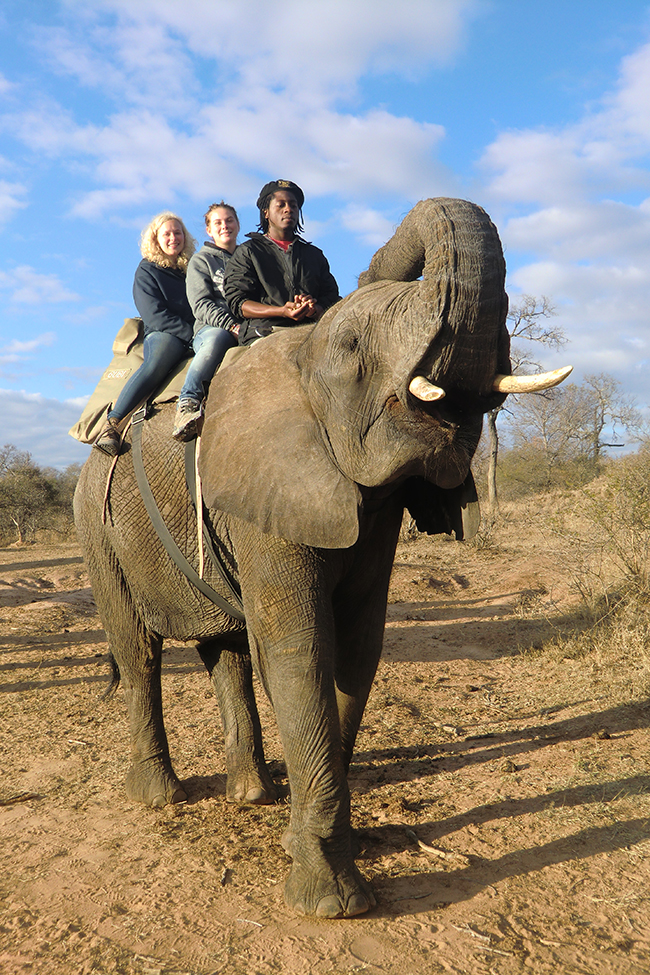 Annelies and Nika on the elephant back safari

On Thursday we had an early start and took a trip to Camp Jabulani. We learned about Jabulani himself, and some interesting information on the elephants. Then we took an AMAZING elephant back safari! Were all had such a wonderful time here.Â  Karen and Tabs have been great, along with all the other wonderful staff here at HESC.