Wednesday was a great first day! Our group started with the butchery – cutting fat off the meat, and adding supplements to keep the cheetahs healthy. We then fed the cheetahs – really cool! It was then time to head off to town to stock up, and get connected (to the internet, that is). 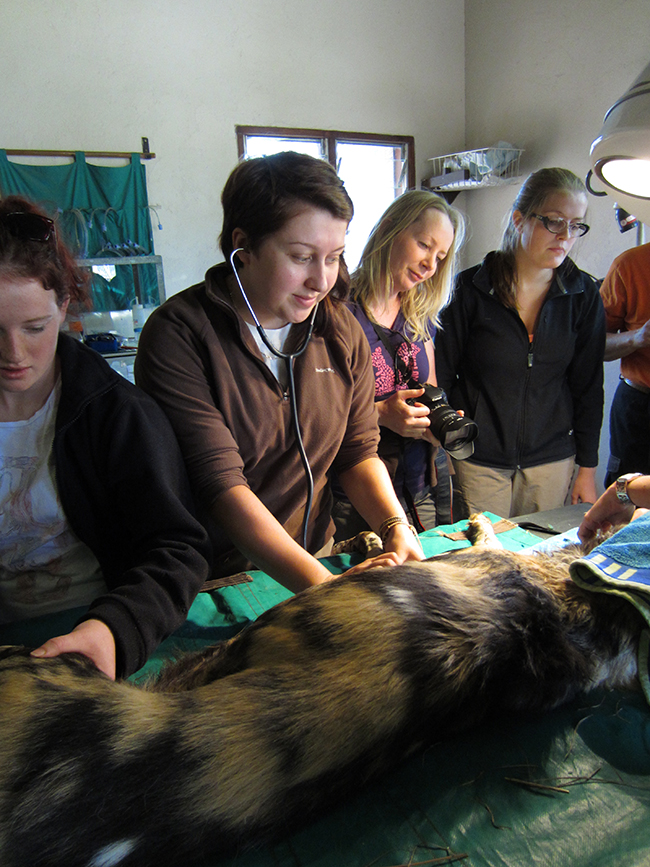 Students assisting with changing bandages on a wilddog

On Thursday we had a darting lecture with the resident vet, Nina. It was really interesting, and best of all we got to practise with a real dart gun. Surprisingly, all of us were very good. After lunch we watched a bandage being changed on a wilddog. It was super awesome listening to his heartbeat too. Afterwards we went to clean cheetah enclosures. 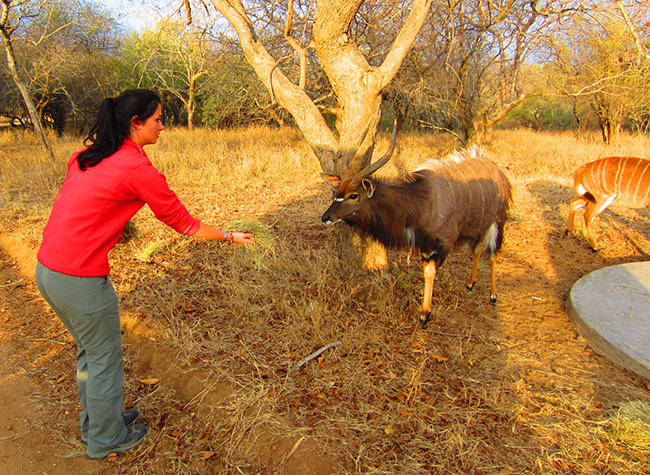 On Friday morning we had one of the difficult tasks, offloading meat from the truck. Our group had the privilege of cleaning the meat truck and butchery.Â  When we were done, we rushed to town to pick up an orphaned nyala baby. Because it was only a few days old, it was fed electrolytes, glucose and water.Â  After lunch and a well-deserved shower, we had a lecture on cheetah management and then got to hang out with the caracals and Savannah the serval while cleaning their dams.

Saturday morning was rough but was followed by a great afternoon. We finished early that day and then had lunch at the Centre. That afternoon we were rewarded with a boat trip down the Blyde Canyon River. There was some beautiful scenery and interesting information provided by our guide. We also got really close to some hippos, which was awesome! 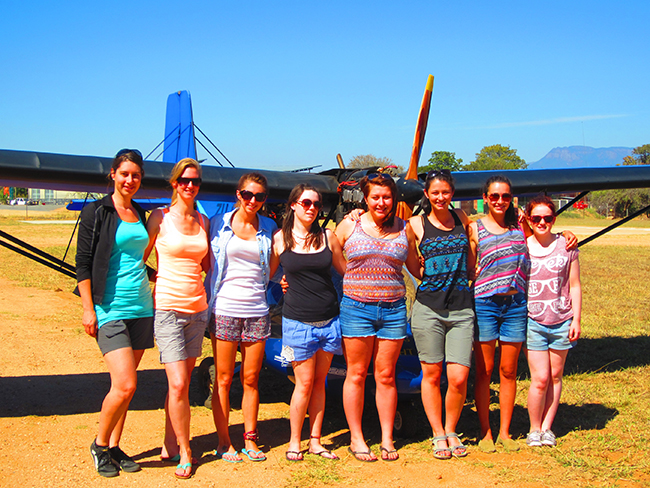 Students at the micro light flights

Sunday was our day off, so we chose to do micro light flights in the morning. Eight brave students went on a safari in the sky. We saw giraffes, zebra, buffalo, elephants, and lots of impala. It was beyond amazing. Afterwards we headed to a huge baobab tree – which was only a baby â€“ to take pictures. The mother stood nearby Â – very old and much bigger. After all the pictures were taken, we had some delicious pancakes.Â  We then headed back for a relaxing evening playing with Bubbles, the baby serval.

Monday morning was a little rainy so we watched a national geographic film, and had to remember as much as we could about the cheetahs because we had a quiz on them. After lunch the weather was a little better, so we were able to feed the small animals including the black footed cats – which were very sassy and adorable! We also fed the antelope and zebra.

Tuesday was a really good day. In the morning we went to town to have breakfast, and buy our groceries for the week. We then had lunch at a restaurant where the staff sang for Lizzie as it was her birthday, and gave her balloon. She was very excited! 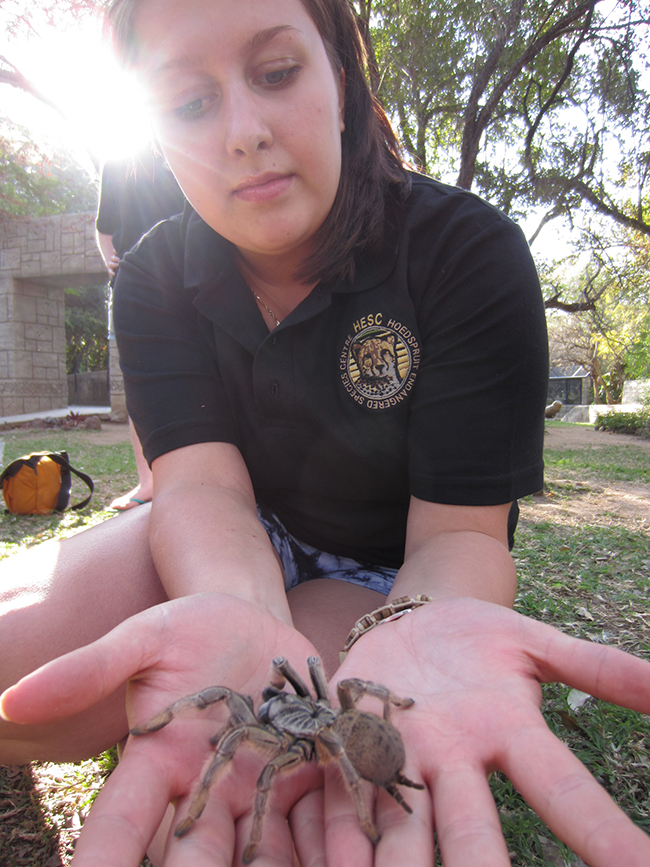 Megan at the Khamai Reptile Centre

After lunch we went to the Khamai Reptile Centre. This was an amazing experience, especially for those who were feeling brave. Some of us conquered our fears by holding a snake or a spider. It was also an informative excursion. We learned all about the different snakes and spiders in South Africa – which were harmless and which were dangerous – and the kinds of toxins they have in their venom. We also got to feed a chameleon and hold the squirrel monkeys that lived around the park.