On 29th July 2015, Susan the cheetah was darted and had her collar removed. She is the female cheetah released onto The Kapama Reserve in 2012.

When cheetahs are released back into the wild, they are fitted with a collar in order to monitor their movements. The collar is battery operated and therefore has a limited lifespan. The battery on the collar will generally go flat after 15-24 months. Once flat, it then serves no purpose anymore and should be removed. 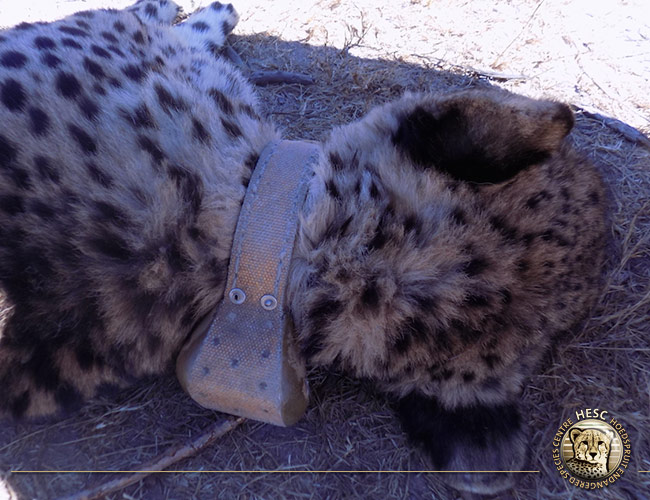 A sedated Susan with her collar

Susan’s collar went flat some time ago. She was then spotted on Kapama, but would disappear without a trace. She was roaming in one area when a maintenance staff member spotted her, and immediately notified Dr. Rogers. He arrived shortly after.

Dr. Rogers darted Susan with Ketamine and Medetomidine (anesthetic). Once sedated, Christo (head curator) then proceeded to remove the collar. It was quite an effort to get it off. 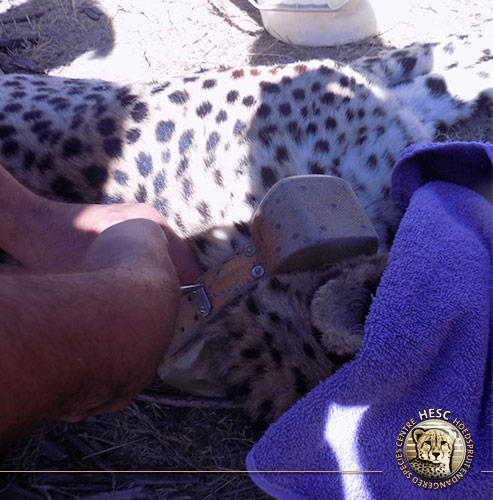 Christo taking off the collar

To prevent an infection from forming on the area where the dart penetrated, Dr. Rogers injected Susan with antibiotics. An ointment was also applied to her eyes to prevent them from drying out. 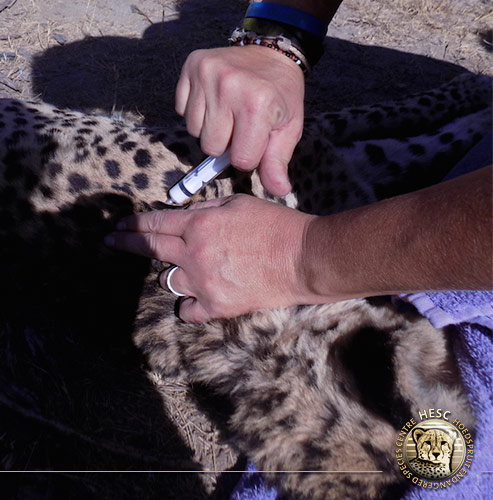 Susan getting a shot of antibiotics

Dr. Rogers noticed that Susan was a bit dehydrated as there was no water source close to where she was found, and thus administered a drip to rehydrate her again.
The cheetah was released close to one of the dams on Kapama to ensure she was close to water after the anesthetic wore off. 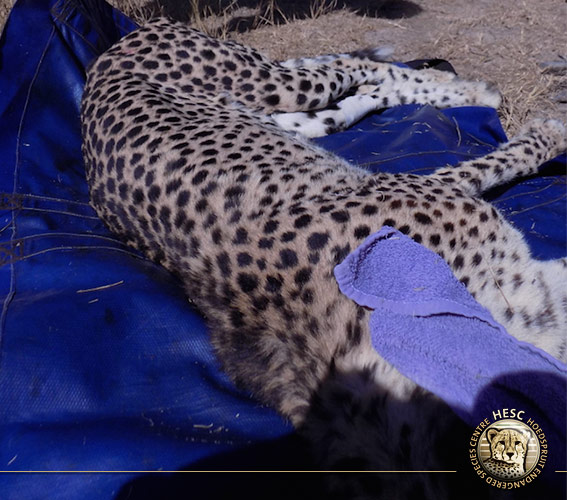 Susan being transported closer to a water source

We are happy to report that she remains fully integrated in the wild.

A huge thank you to our supporters – February 2016