Why breeding:
Cheetah populations are genetically very uniform or monomorphic. This has been caused due to a bottleneck effect with the cheetah population genetics in the wild. Wild cheetahs often occur in small isolated, or patch populations that lead to further narrowing of the gene pool. Therefore, the Hoedspruit Endangered Species Centre’s (HESC) breeding programme aims to ensure the birth of cheetahs with distinctly different genetic lineages. Where possible these animals are used to support gene diversity in wild populations. 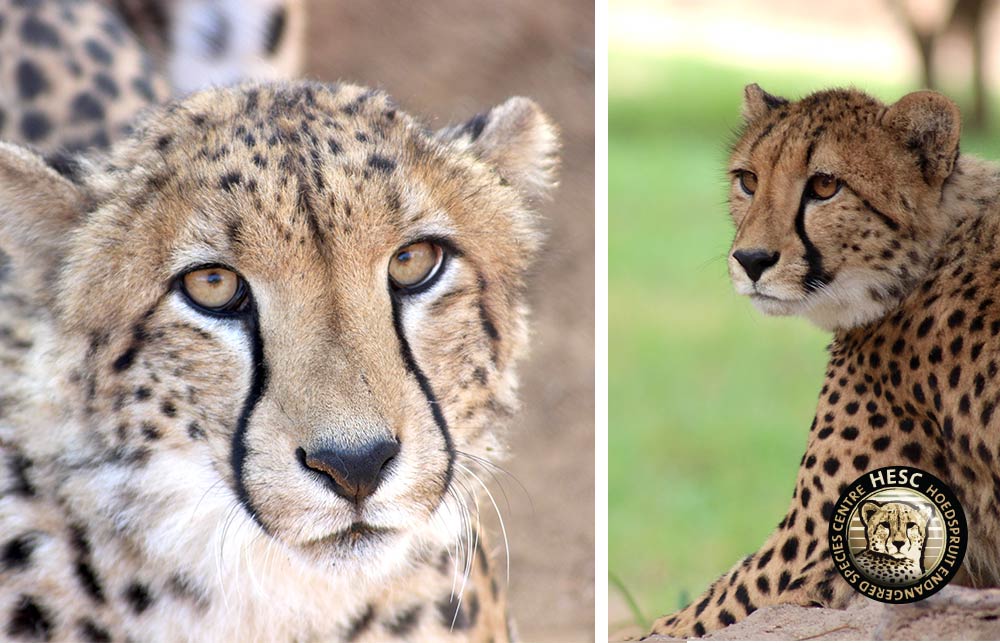 Where and how are they breeding?
Cheetah breeding is done at ‘Lovers Lane’: an open stretch in the female section.
A coalition of males are brought down from their enclosures and allowed to roam between where the females are kept. When a female goes on heat a specific male will remain along her fence. Once the curators notice this they will allow him into her enclosure and leave them until they have bred, which usually happens within 5 to 9 days.
After breeding, they will remove the male and put him back with his coalition. The female, if pregnant, will carry the cubs for about 95 days.
A month before she is due she is moved to ‘Maternity’, where she can settle into the enclosure and give birth naturally. 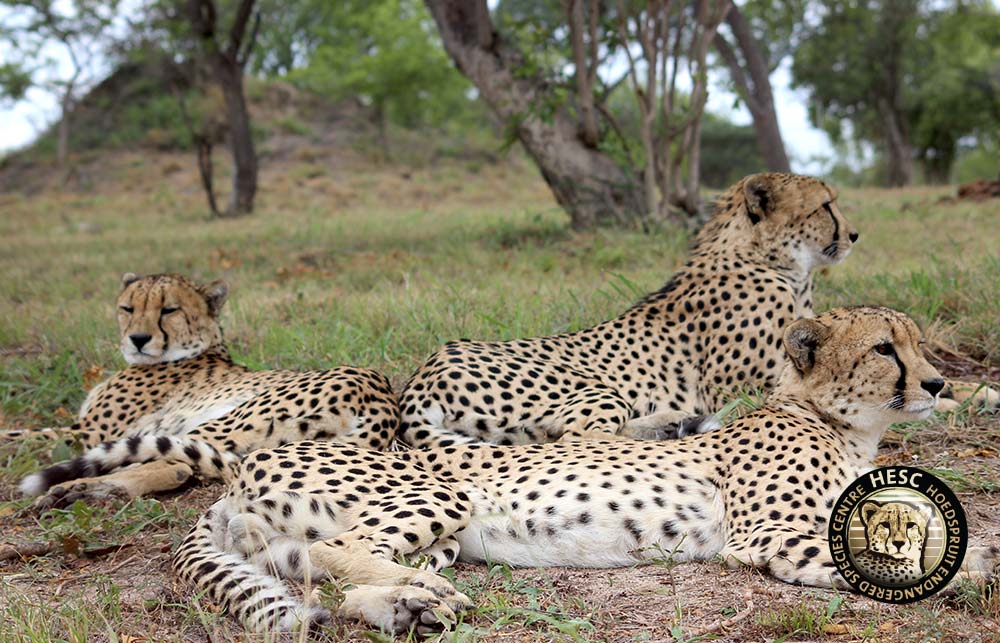 What does HESC do to release the cheetahs that are bred?
Cheetahs that have been bred in captivity can be released in protected areas in the wild.
These animals go through a process of adjustment or ‘rewilding’. During this period the animals are transferred to large enclosed areas, which have a suitable prey base in a habitat of mixed open savanna and grassland, as cheetahs prefer open areas to hunt. Then the rations fed to the animals are reduced over time to entice them to hunt natural prey. The animals need to be closely monitored during this time to evaluate their suitability for possible reintroduction.
It is preferable that the wilding area is free of predators or has a low population of predators, as captive bred animals need time to adapt and become aware of the threat to survival that other predators may represent.
How they ensure genetic diversity:
It is general international practice to exchange, genetically diverse bloodlines to sustain pools of genetic material and thus prevent inbreeding in small groups of endangered species, such as cheetahs.  At HESC we focus on maintaining diverse cheetah bloodlines to provide diverse genetic material to small conservation areas where inbreeding is an ongoing problem.
Our cheetahs also took part in DNA profiling conducted by the National Zoological Gardens of South Africa in order to investigate the pathology and potential genetic basis of oxalate nephrosis in cheetahs.
Due to the small size of the remaining population, inbreeding can occur. Cheetah populations have very low genetic variability, which could make them more vulnerable to infectious disease.
The cheetah database contributes to providing information to determine the genetic diversity and differentiation within wild and captive cheetah populations. In this way, genetic results can be used to advise breeders in order to prevent further inbreeding, while the genetics of wild cheetahs are available to assist with relocations into suitable reserves.
This ongoing collaborative project is an important step for conservation research and management of this truly unique species.
Contact HESC to become a part of this project:
TEL:
+27 15 793 1633
EMAIL:
ENQUIRIES@CHEETAHCENTRE.CO.ZA

An update on our orphaned rhinos: June – July '16