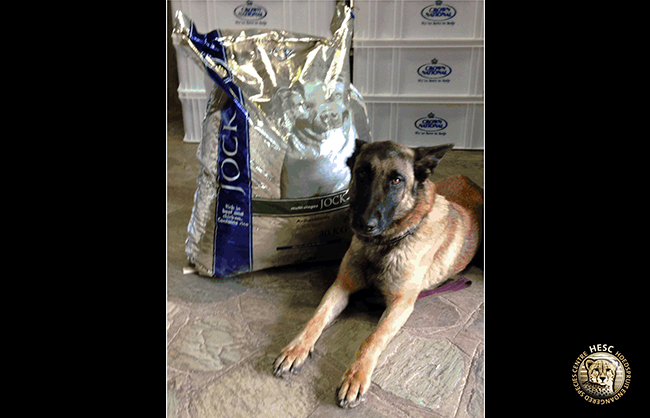 We are proud to announce the arrival of our first anti-poaching dog, named Zee. Zee was purchased from John Quinton Swartz from Rent-A-Dog, at a total cost of R69 000 (which includes training for the handler). John trained Zee in tracking, obedience and man-work, and was brought to HESC on Wednesday, 22 June 2016.
Zee is a female Malinois (pronounced Mal-in-wah). The Malinois is a medium-sized dog that resembles a German Shepherd at first glance. Malinois are short-haired, fawn-coloured dogs with a black mask. They are sometimes classified as a variety of the Belgian Shepherd dog rather than as a separate breed. 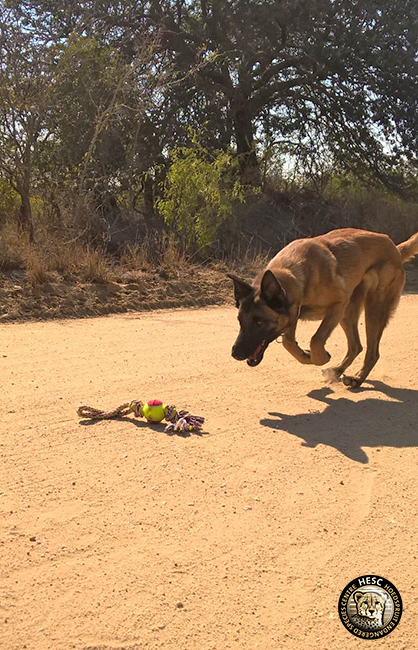 The name “Malinois” is derived from Malines, the French name for the breed’s city of origin. They are highly intelligent, alert, protective, confident and watchful. They are also very active hard-working dogs, with a great deal of stamina.
These dogs were originally bred to be herd dogs. Today, they also work as police dogs, protection dogs, and search-and-rescue dogs and play a huge role in the fight against poaching. They can detect explosives, accelerants, narcotics, ivory and rhino horn. They are also excellent in tracking humans. 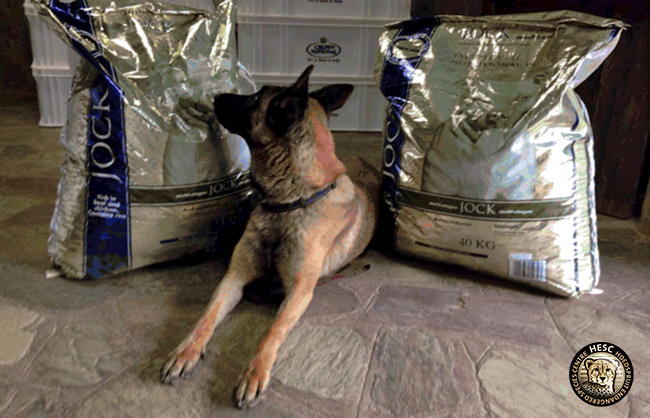 Zee, together with her handler, will play a very important role in the protection of the rhinos and other endangered species in our care. Zee is capable of suspect apprehension should there be a need to do so. She is specially trained to bite, but only upon command and only in a life-threatening situation if there is a need for self-defense.
We are excited about the Zee’s arrival, and look forward to doing great work with her, and hopefully the rest of the dogs to follow. 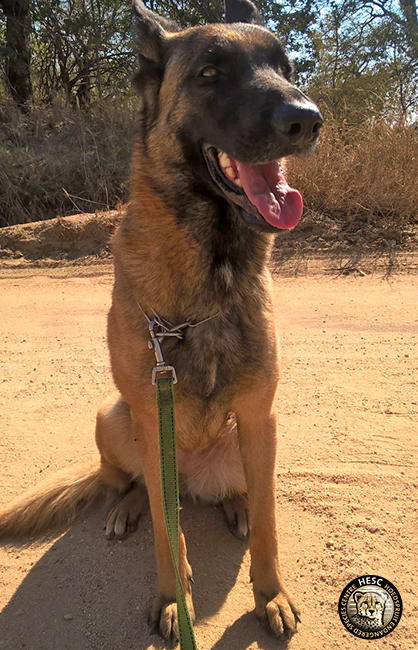