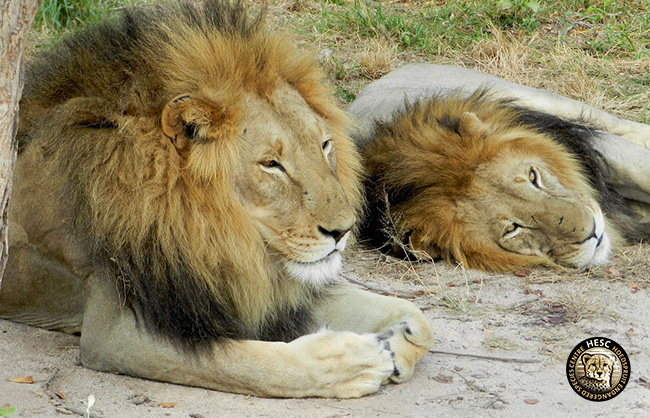 Scar and Mufasa are the resident lions at HESC. As you might have already guessed, they were named after the iconic brothers in The Lion King movie. These two brothers are about 6/7 years old and were born to Piet (father) and Lucky (mother) who were also residents at HESC.

Although the circumstances that had led to the arrival of Piet and Lucky at HESC were different, there is no denying that they were both under threat in their previous environments. It all started when Mrs. Roode heard of a canned lion hunt auction where a male lion was going to be sold off. Being the conservationist that she is, she opted to purchase the male lion herself. He was brought to the centre where he could be kept safe and looked after properly, and named him Piet. Lucky on the other hand, was found being kept illegally as a house pet in Mozambique. She was confiscated by authorities and brought to the centre. 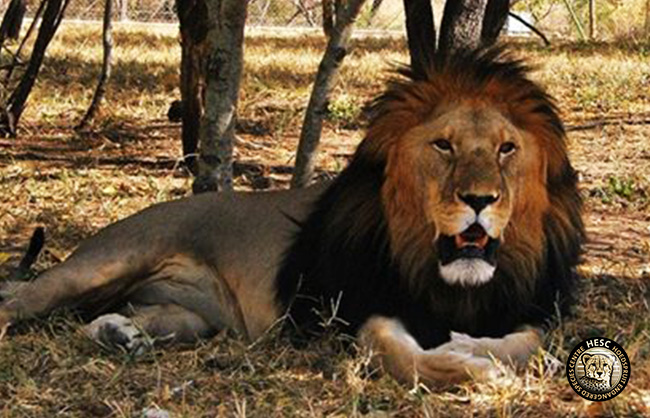 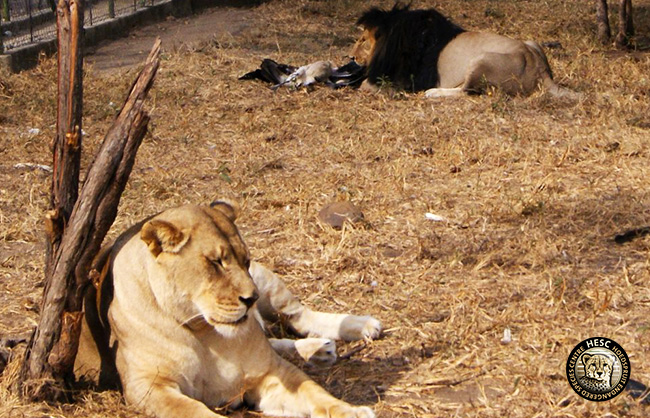 The two lions were placed together to keep each other company. As there was no intention of getting them to breed, Lucky was put on contraceptives. However, nature had a different plan for the ‘lion couple’ and Lucky fell pregnant while on contraceptive! Thus, Mufasa and Scar were born. Due to a vitamin A deficiency, as a result of their mother being on contraceptives, these lions could not be released back to the wild. 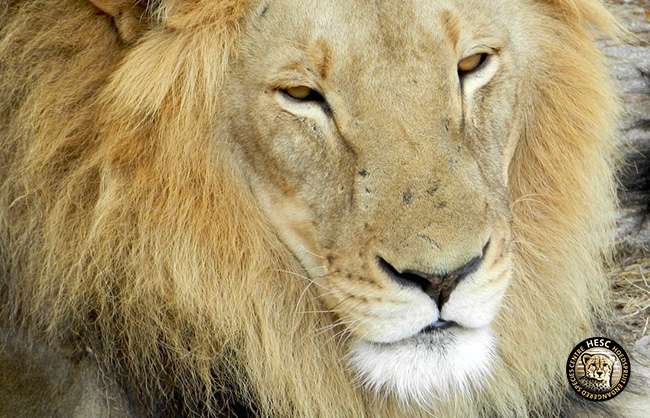 The brothers have a great life here at HESC, and spend most of their days sleeping and lazing in the sun. Come night-time, the pair can be heard belting out bold roars – which are enjoyed by staff and guests alike. 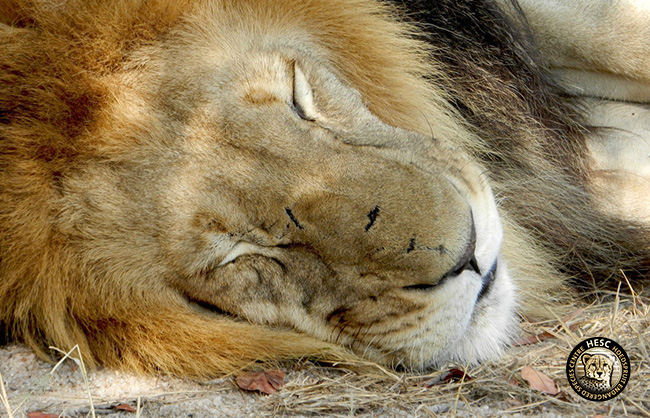 Scar and Mufasa have been happy at the centre, and have played an important role in helping us to educate guests and school groups about the lion species and issues around the threats facing them.

Susan the cheetah’s collar is removed