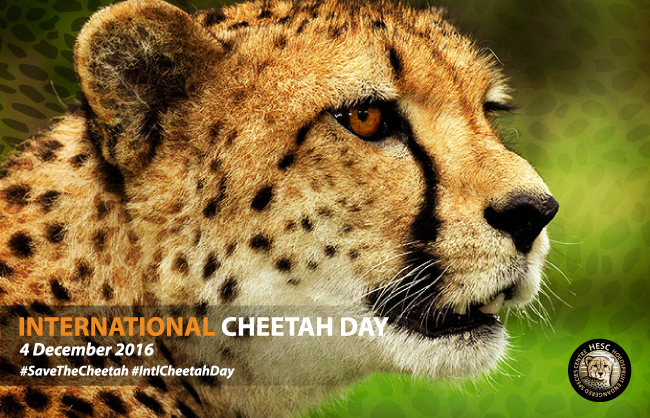 The Cheetah is classified as vulnerable in the IUCN red list . This is due to different factors, but most importantly the poor genetic diversity in the species.

Many researchers believe this came about 10 000 years ago when extreme climatic changes drove many animal species to extinction. The cheetah species that survived this period (now known as Acinonyx jubatus) found itself in a genetic bottleneck with only a few animals left. This led to close relatives mating with one another, resulting in genetic inbreeding, which led to the cheetahs losing their genetic diversity as time went by.

At HESC our breeding programme aims to ensure the birth of cheetahs with distinctly different genetic lineages. Where possible these animals are used to support gene diversity in wild populations.

Good genetic variation between individual animals of the same species is essential in order to protect the species from genetic problems, infectious diseases and other health issues. It ensures that the species, individually and as a whole can adapt to changes in the environment and can continue to survive.

This lack of genetic diversity is believed to be the reason for poor sperm quality, focal palatine erosion, susceptibility to the same infectious diseases, and kinked tails characteristic in the cheetah species.

The ongoing collection of biological samples from meta-population cheetah is a necessity to ensure that genetic diversity is maintained at adequate and sustainable levels. HESC is proud to have participated in DNA sampling processes to assist in the preservation of the cheetah species. Click here to read more.

You can also play a role in the conservation of these species, by adopting a cheetah at HESC.

Sad update on Driesie the lamb