The finalists doing a photo shoot at Camp Jabulani

Recently we promised that the Miss Deaf SA 2011 finalists would be coming to visit the Hoedspruit Endangered Species Centre (HESC). Well visit they most certainly did, and from the sound of their packed itinerary, they had a lot of fun while with us.

For three consecutive years, HESC has supported the Miss Deaf South Africa Pageant by providing the contestants with practical insight into wildlife and Conservation by affording them the unique opportunity to work closely with the animals and witness firsthand the day to day running of the Centre.

We invited the Miss Deaf SA 2011 finalists to spend a few days at Nungu Camp, where Lente Roode (HESC founder) and Willa Riekert (Organiser of Miss Deaf SA and Coordinator from HESC) put together a fun and exciting three-day programme for them. The main aim was to offer these prospective ambassadors valuable ‘hands on’ experience at the Centre, in the hope that it would not only add to their self-confidence, but also broaden their skill-set.

On arrival, the finalists were taken on a tour of HESC, where they met and interacted with the Centre’s many residents. Back at Nungu Camp, they had some time to settle in before enjoying a delicious braai together. After a brief orientation, the ladies then spent the rest of the evening relaxing around the campfire.

The second day was slightly more challenging, as the girls were given the daunting task of preparing meat in the butchery. They took to it with gusto however, proving to everyone that theyâ€™re princesses on stage only, and definitely not afraid of getting their hands dirty. After a well-deserved breakfast they had the opportunity to feed the cheetahs, lions, Wild dogs, birds, Black-footed and African wild cats.

After such a chore intensive morning, the girls were treated to a fun dance rehearsal with the Barefoot Dance Academy, hosted by Maureen Lahoud. They rounded off the afternoon with a Breast Cancer Awareness talk by Jacques Lombard (Regional Manager of CANSA) followed by an informal photo shoot. Dinner and some much needed R&R around the campfire concluded the day.

The third day got off to an early start; with a Beauty & Nature photo shoot at Camp Jabulani. After breakfast the group enjoyed a second dance rehearsal with Maureen and her Barefoot Dance Academy crew.

A guided bush walk on Kapama Nature Reserve was the last item on the morning agenda. This was followed by lunch and a potjiekos competition. And then before they knew it, the time had come for them to prepare for the concert and prize giving ceremony. 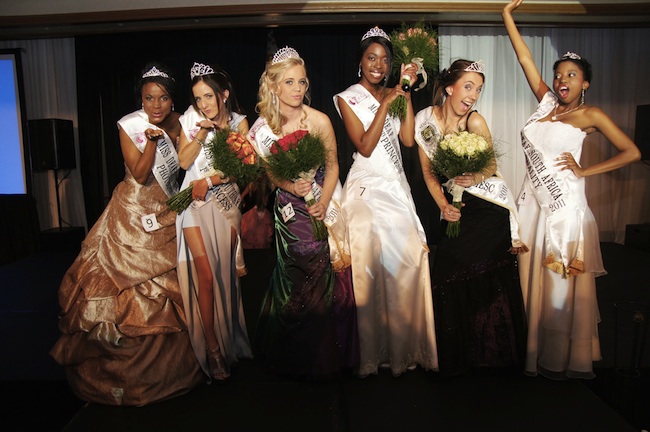 â€œStay true to yourself. Don’t try to change yourself for anyone. It is not worth it.â€

Wise words from a lady who clearly knows how to overcome her personal challenges and has the passion to inspire others to do the same.

It is a dream come true to have this opportunity to truly become a role model and inspiration for hearing impaired as well as hearing people something I always wanted to be. I want to be a proud ambassador for South Africa, especially the hearing impaired community of South Africa, said Shelley who will be representing South Africa in the Miss Deaf World Competition next year. Click here to read the full press release.

Willa was pleased to announce that this year’s competition exceeded their greatest expectations. In conjunction with Camp Jabulani and the Khamai Reptile Centre, HESC afforded the finalists the unique opportunity of interacting with cheetahs, elephants and reptiles, as well as to experience a bit of the Lowveld while at the Centre itself. HESC is proud to be associated with the Miss Deaf SA pageant, and wishes the winners all the best for their year of reign.

Click here to see all the photos from their visit.