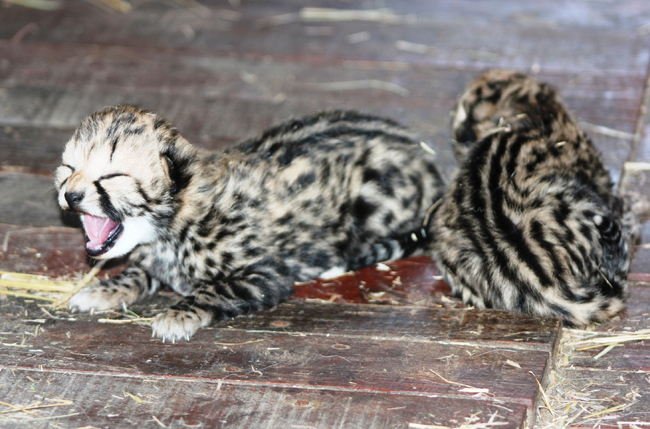 Today, the Hoedspruit Endangered Species Centre is proud and deeply honoured to be able to introduce two new baby King cheetahs to the world!

The magnificent and rare King cheetah was first discovered in 1926, where it was thought to be a completely new and exciting species â€“ a strange hybrid between a cheetah and a leopard. Although we now know that it is not a new species, but in fact just a pattern variation of a normal spotted cheetah, no one can dispute the fact that the King cheetah is possibly the most beautiful of Africaâ€™s wild cats.

King cheetahs have been reported in the wild, including a sighting in the Kruger National Park in 1974, but are incredibly rare, even in captivity. As the distinctive fur pattern is caused by a rare mutation of a recessive gene, both parents must carry the ‘King gene’ in order for the offspring to show off the spectacular markings of a King cheetah. 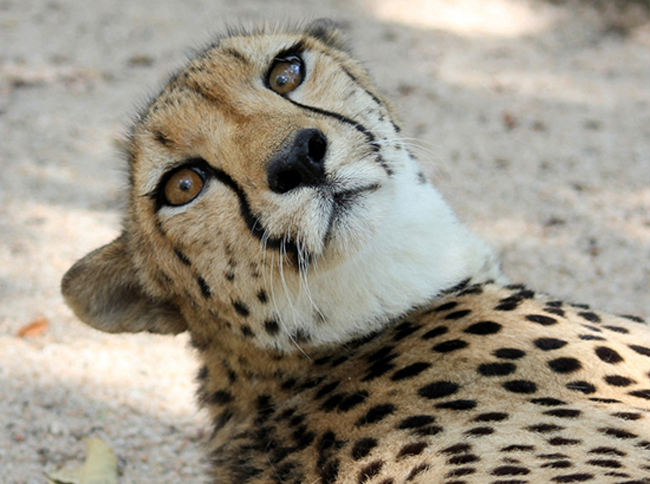 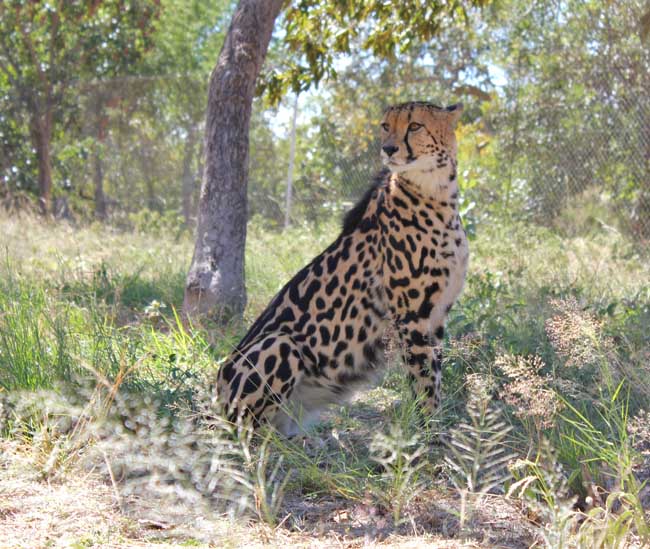 Father of the cubs, Tristan, is a King Cheetah. Note the exceptional markings on his coat!

The Student Programme adopts a school

Children expressing their love for rhinos