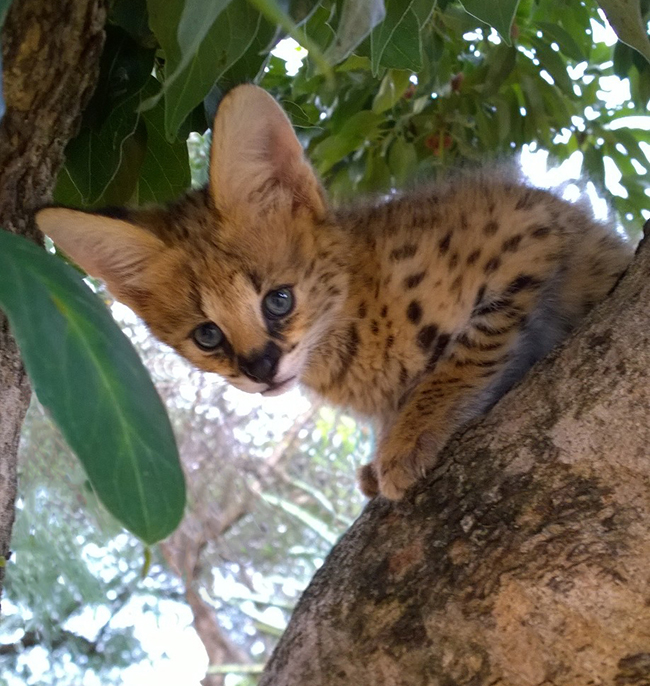 On 14 January 2014, Dawid Uys’ workers called him urgently on the farm radio to announce that they had found a den with wild kittens in the pine plantation where they were working in Piet Retief.  He arrived to find three serval kittens huddled up closely – eyes barely open.

He left the den undisturbed and mounted a static field camera in the hope that the mother would return, but by late afternoon the kittens’ body temperature had dropped drastically and there was still no sign of the mom.

With encouragement of a local vet, he rescued the week-old kittens from the cold night and started handrearing them on special kitten formula.  His wife, Elke, and 3 children (aged 3, 4 and 9 years old) joined in the raising routine and soon the kittens were used to their new home. 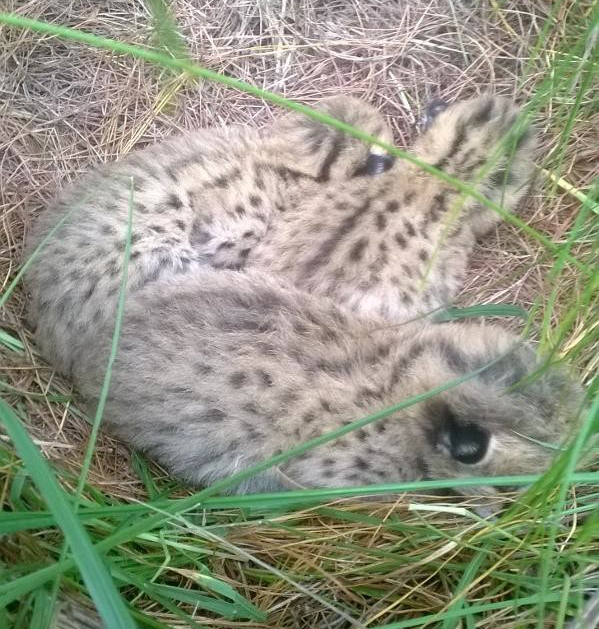 The week-old serval kittens in their nest

Dawid understood that the kittens could not stay forever, they had to be released back into the wild – a life in captivity was not what he wanted for them.

He made all the necessary arrangements for them to be brought to the Hoedspruit Endangered Species Centre – including the permits through Nature Conservation.

Sadly a few days before departure, one of the kittens was bitten by a snake and died. It was a difficult week for the family – saddened by the loss of a kitten and knowing that the remaining two had to soon leave for their new home.

The family arrived at H.E.S.C on 28 February with the two kittens – named Schalk and Loula by the children. The kittens were immediately given their last meal for the day and settled into a temporary playpen. 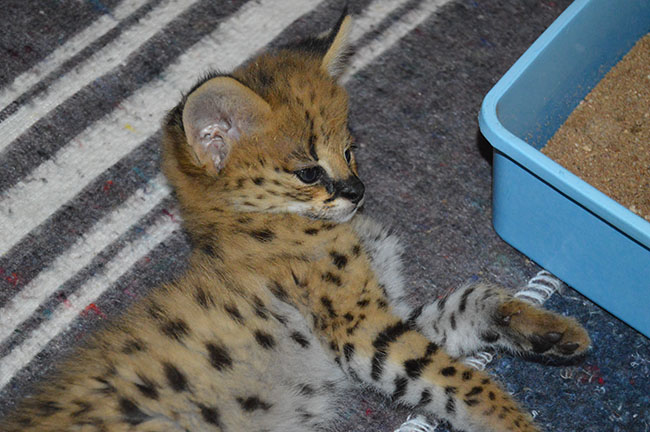 Two weeks later and the kittens are thriving! They are left to play, explore and sleep and are only disturbed during feeding time.   They have recently been moved to an outside playpen during the day but still sleep inside at night.

We applaud the Uys family for doing what is best for the kittens and their future.  Letting go is not always easy, but in this case, was definitely the right thing to do!

AN UPDATE ON THE POACHED RHINOS, BY VET NINA KISCH