Donsie the Bluecrane, has been with us at the Hoedspruit Endangered Species Centre (HESC) for a while now. She was attacked by a bird of prey and broke her wing.
Despite valuable efforts of everyone involved, Donsie’s rehabilitation did not go as planned. Along with this, a sore developed on her leg which struggled to heal and worsened her overall condition. 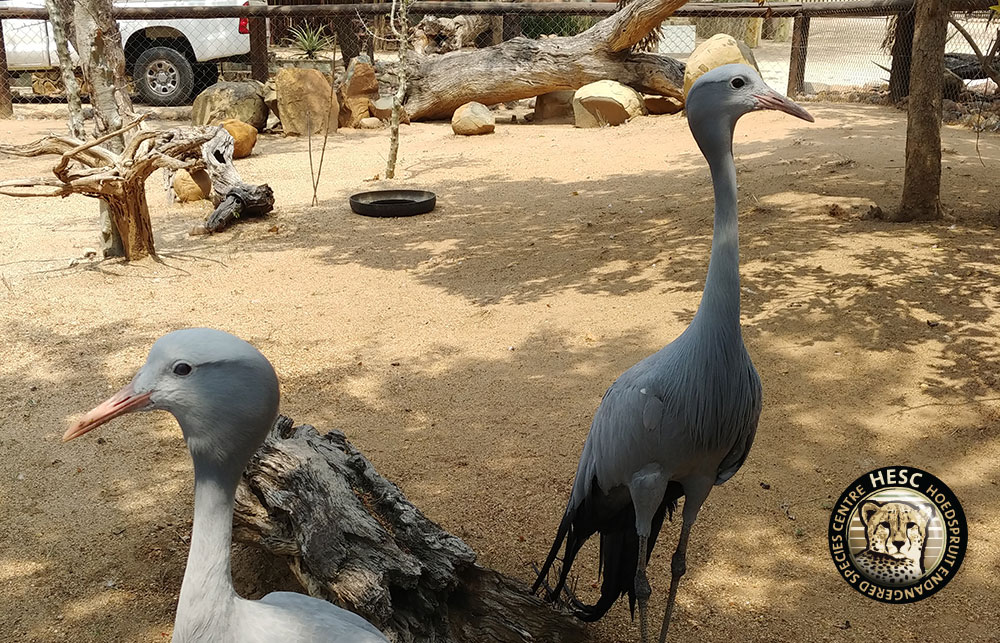 The decision was made to keep Donsie at HESC as she was very happy with Bokkie Bok and enjoyed the enclosure they shared. HESC did note that something was amiss. Ms Roode decided to bring in a male to keep Donsie company.
These two lovebirds are now very happy together and the male is even quite protective of his female! So much so that curators have to be careful when bringing in their food.
We will keep you updated about Donsie. Keep your eyes on our blog!

A quick update on Esme