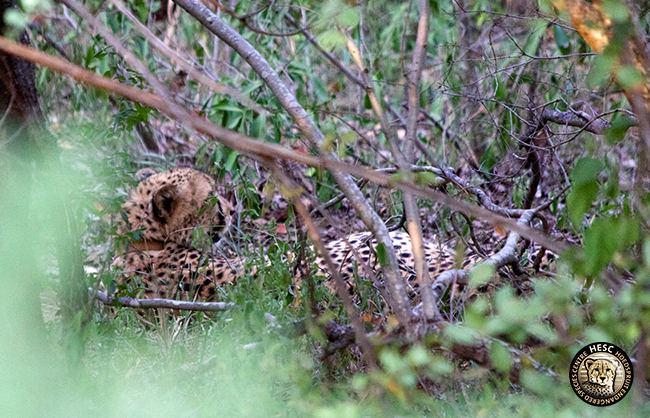 In this blog update, we share with you an update on Aschanti, the female cheetah released on Makutsi, and the three cheetahs that were released onto Blue Canyon.
All is well with Aschanti, the female cheetah released onto Makutsi Game Reserve.
A short while ago, the staff at Makutsi were convinced that Aschanti had had a litter. This was based on the fact that she had been sticking around the same place for quite a while, and looked as though she was carrying milk. They carefully checked the area for several weeks, but never got a glimpse of the (possible) cubs. After about 3 to 4 weeks in that area, she suddenly started to regularly move around again from place to place. It is suspected that she may have had the cubs (probably her first litter), but lost them. It is quite common for cheetahs’ first litters to perish.
Despite this assumption, whenever Aschanti is spotted she is very relaxed and is hunting successfully. She is totally independent and makes use of the entire reserve.
She’s had a few “feisty” encounters with the male cheetah, but it seems that over the last several months they have gotten used to each other. We can only hope for another litter very soon.
You will recall that Aschanti is the female cheetah whose initial release on Makutsi was postponed after she’d had a rough welcome from one of her counterparts. The officials at Makutsi then had to let her recover before finally releasing her at the end of December 2014. 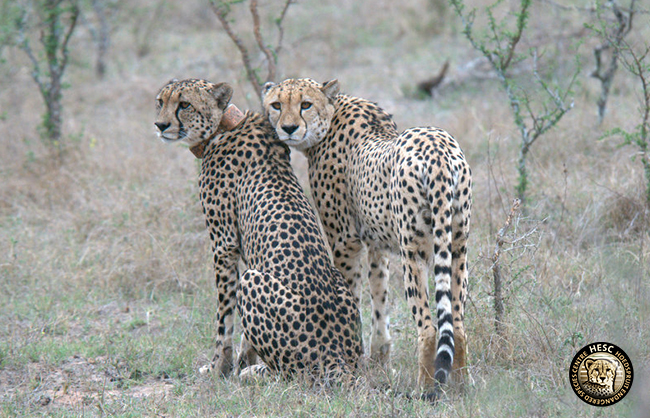 Update on the two males and one female cheetah at Blue Canyon
Two cheetah brothers from the Eastern Cape were released on Blue Canyon in August 2011. In October of the same year, a female cheetah from Mountain Zebra was also released onto Blue Canyon.
In November 2014, the two male cheetahs were spotted and seemed to be doing well. It was also suspected that they may have mated with a female cheetah in July of that year, but no cubs were produced.
Earlier on in the year, these two Blue Canyon brothers were reported to be doing well, and valuable data had been captured via their collars over time.
The female that was also released shortly after these brothers on Blue Canyon was reported to have had five cubs; but only three survived, and they are now sub-adults. This ‘cheetah family’ was recently seen on a kill with their mother and the two adult males.
They are all clearly living in harmony, and the captive-bred adults have integrated well into the wild.