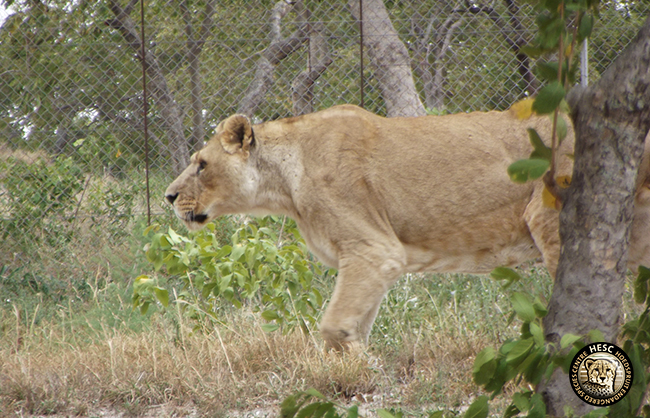 After the passing of Sarah, we were worried about how her partner Caesar would handle being alone, considering how much time he spent in her companionship. Our fear was that he might become depressed and withdrawn in her absence, as is often the case in breeding pairs of animals. However, our concerns came to naught as Caesar appears to be doing very well and has finally stopped looking for Sarah at every meal time.

He has become more active again, walking around and watching the playful wild dog in the neighbouring enclosure, and has regained his healthy appetite. He also has taken to chasing (and occasionally catching) the vultures that land in his enclosure. He cleverly corners them into a fence and the feathered foul stand no chance after being pounced on by this impressive cat. 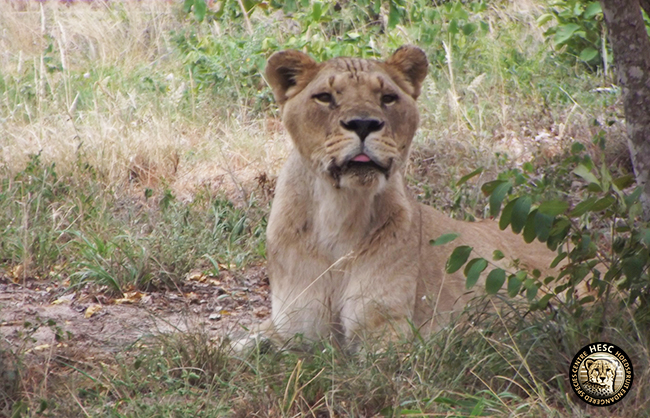 Of course, as is the case with most lions, Caesar loves to spend most of his day lounging in the shade of a tree and looks to be at peace there.

Thankfully Caesar still appears to be enjoying life and hopefully there are many more years in him yet. 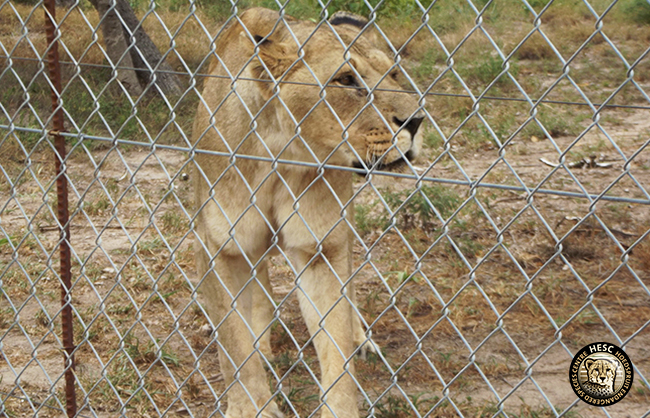 Guest blog: Our visit to the HESC