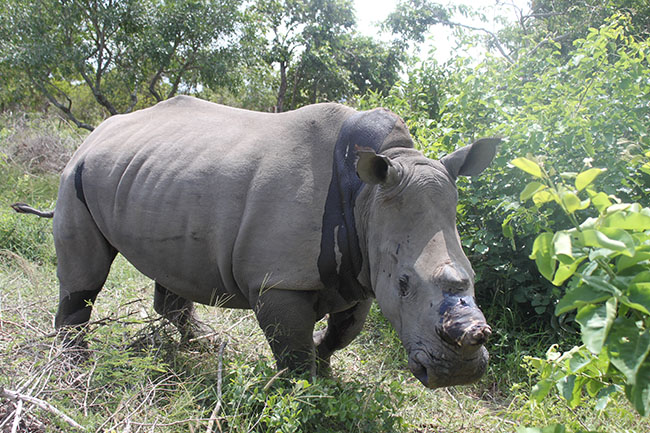 On 19th November 2014 we treated Lion’s Den’s wound. It had been a little over 2 months since we’d seen flies around her wound – until last Friday morning. With the current heat in Hoedspruit, we decided to ask Dr. Peter Rogers to take a closer look.

Lion’s Den was sedated. It was a good thing to have called in Dr. Rogers as soon as we did. We found evidence of maggot eggs, even though Lion’s Den had covered the wound with mud. It would have been just hours before the eggs would have hatched and the maggots would no doubt have infested the open wound. 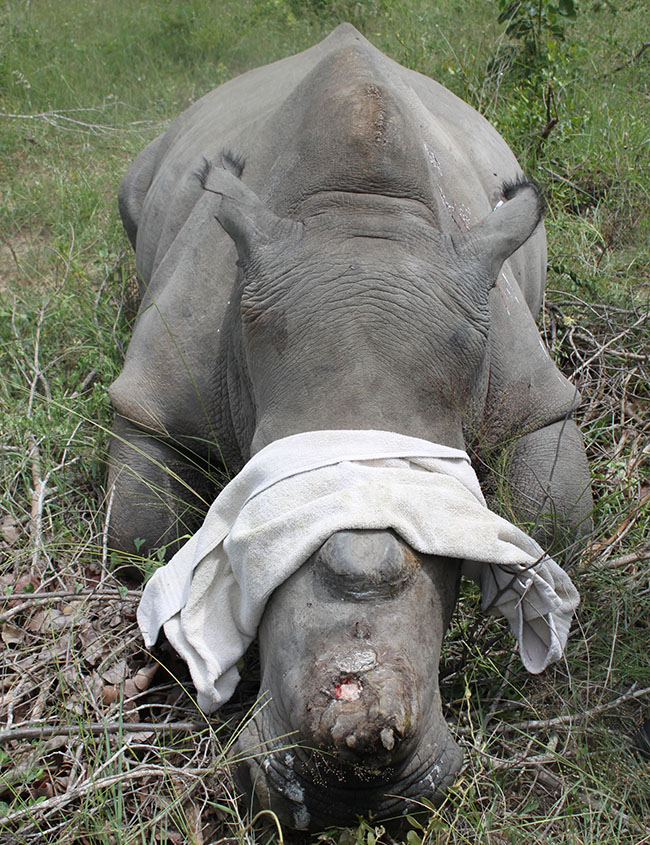 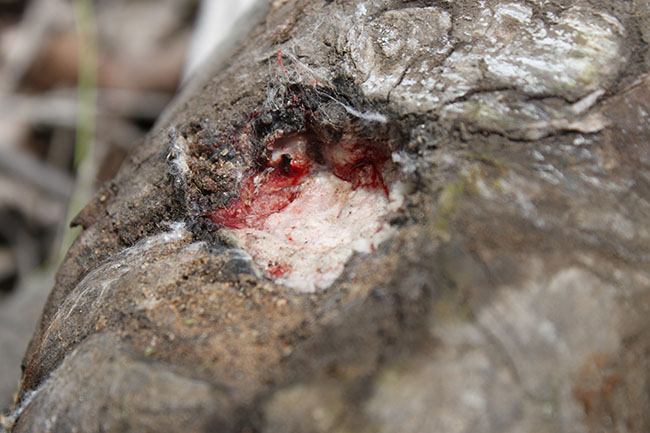 We are a bit concerned about the wound, and have scheduled another treatment as soon as possible.

Drs Peter Roger & Johan Marais treated Lion’s Den again on 26 February 2015. Although Lion’s Den continues to cover her wound with mud, we were worried that maggots may have infested it again, and that a late reaction from us could result in Lion’s Den being worse off than she was a month ago. 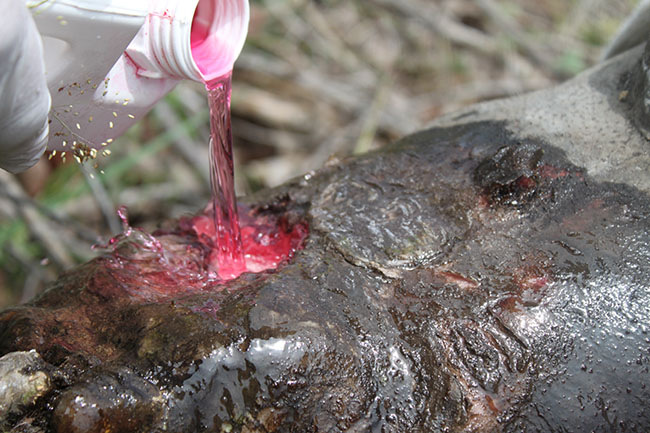 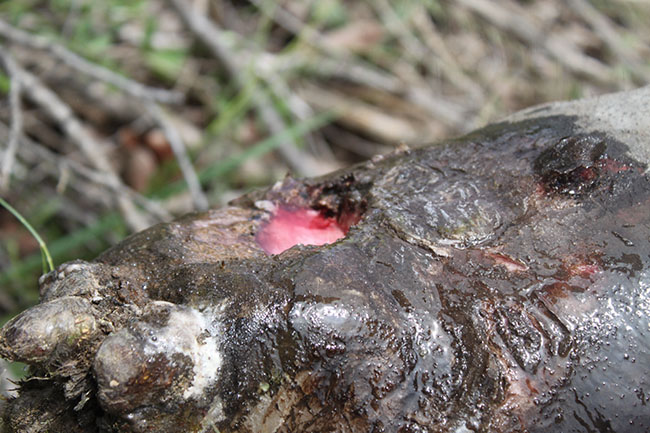 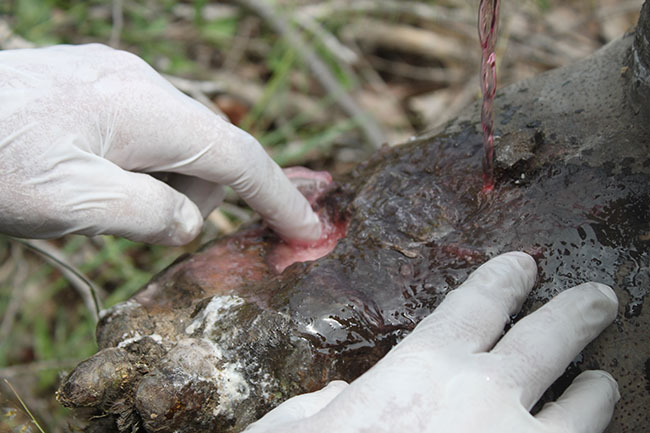 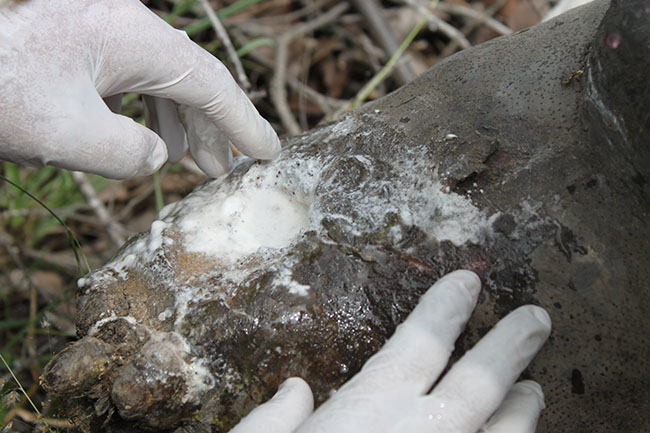 A question was posed to us recently about the role of maggots, and whether they don’t actually do good work by cleaning out a wound. Although they are used in certain wound cleaning processes, these are always in a highly controlled environment as they live on dead tissue. This is not, however, the case in the wild. The process is self-perpetuating as maggots secrete by-products, which actually end up creating more dead tissue for them to live on. In a case like this, maggots are definitely not beneficial to the whole treatment process. 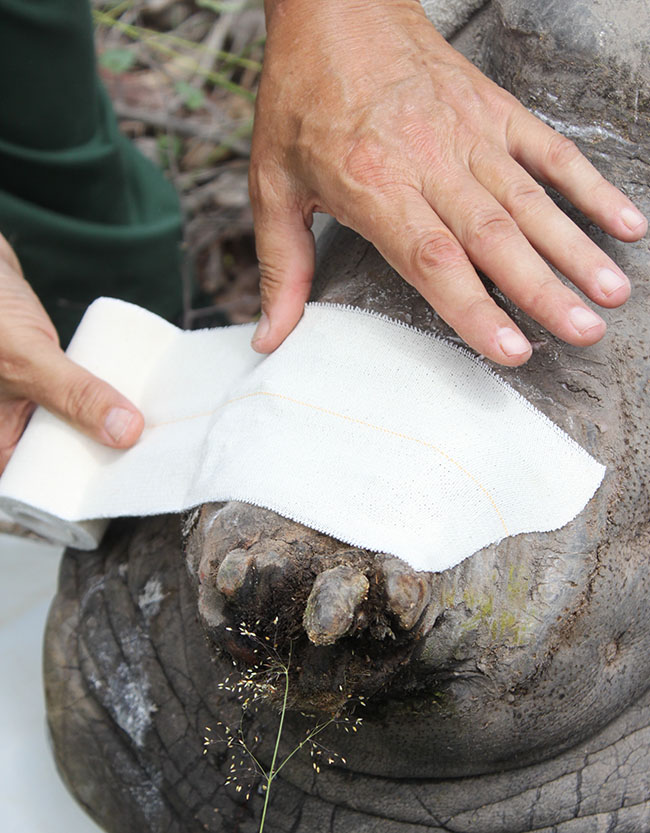 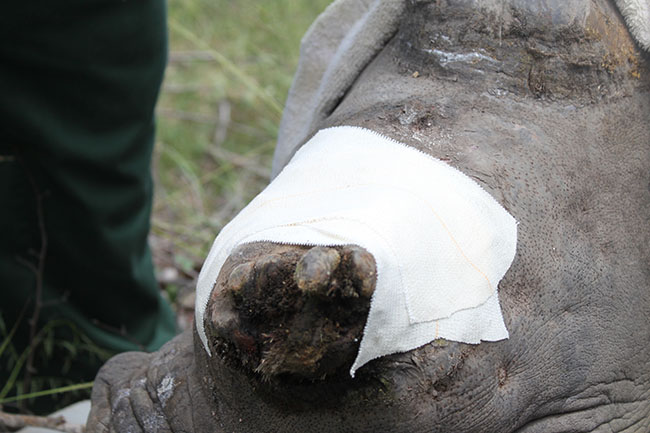 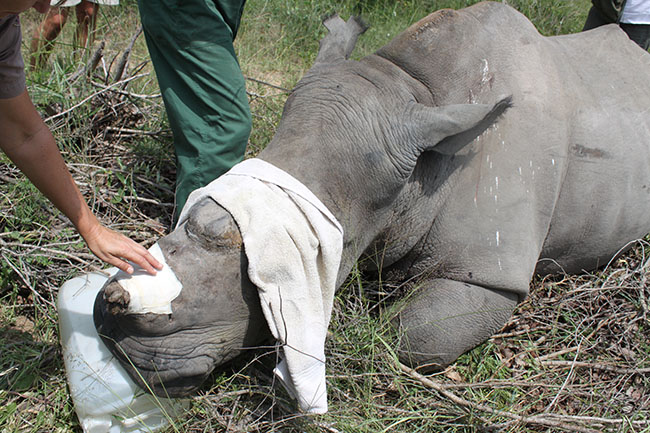 We have been working on Lion’s Den’s wound for the last 18 months – a total of 25 treatments involving approximately 300-400 screws! The initial wound extended right into the sinus canal, and although it closed very well, there is now a small portion left exposed and vulnerable to extensive damage should we not ensure that maggots stay away. 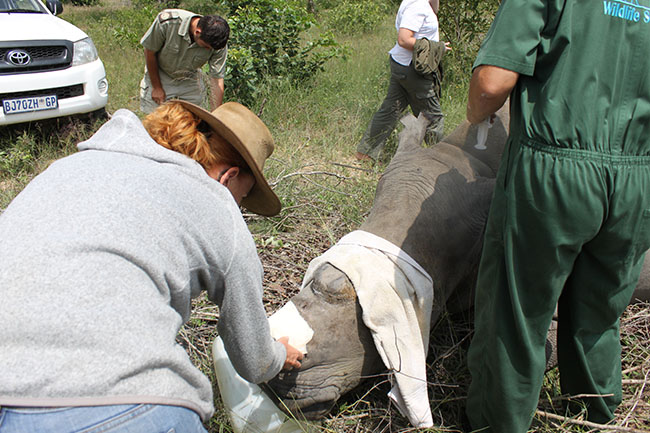 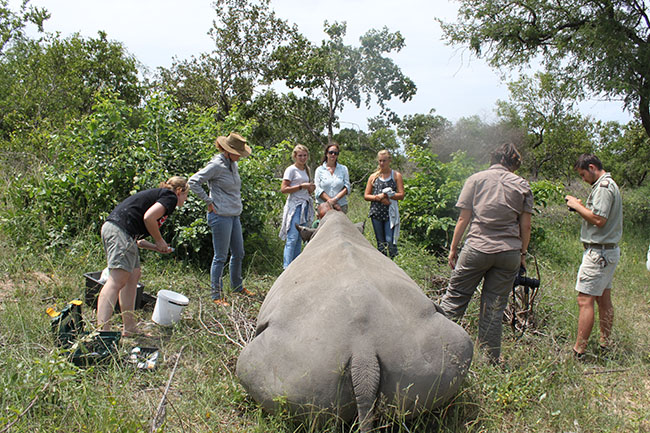 The mud and dead tissue were removed from the wound, and it was washed out with fresh water. Dr. Marais took X-rays to take a closer look so that he could make a decision as to the best course of action to be taken. We need to be pretty accurate here, as we are not able to perform post-operative care on these animals. 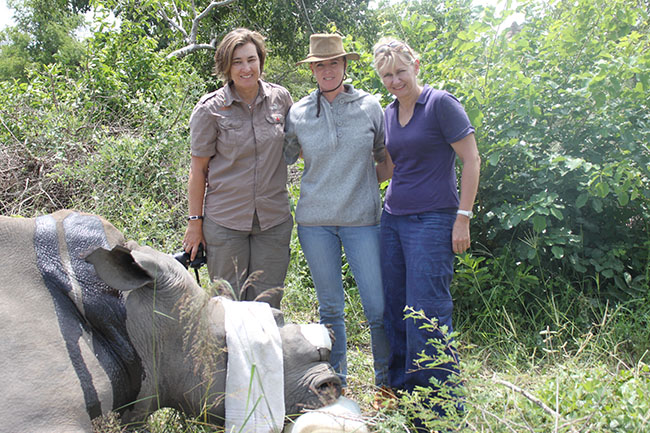 We filled the wound with calcium alginate and medical grade honey before closing it off with dental acrylic (secured by orthopedic wire). Those who have followed this process with us may recall that we used dental acrylic to seal off the wounds after the rhinos first arrived, before we moved onto the more durable and hardy cast, metal plate and screws. 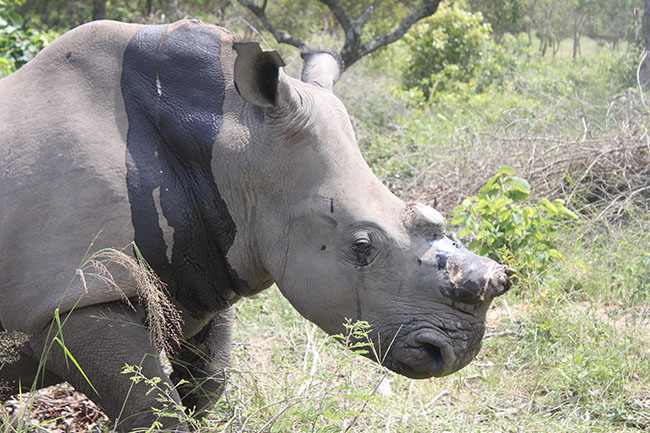 The final sealant involved Super Glue and silicone in order to prevent puss (good for the internal healing process) from seeping out and attracting flies (and the dreaded maggots). Thankfully all is still intact at this stage, and we are holding thumbs that Lion’s Den will not get rid of the fixture too soon, giving the wound some time to heal from the inside.

The antidote was administered to Lion’s Den and she quickly rejoined Dingle Dell (who had never let us out of her sight). 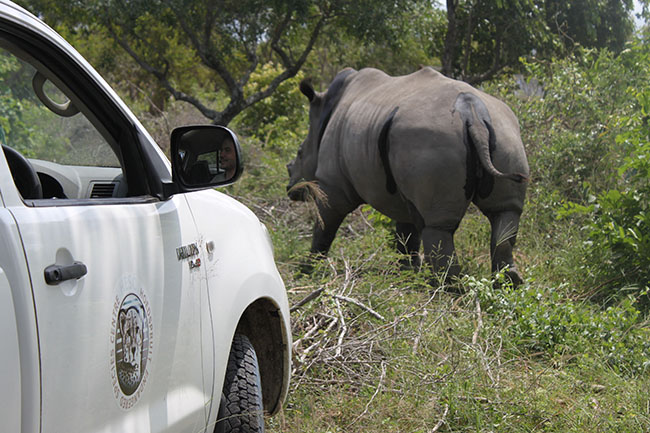 The Sable Antelopes’ feeding trough; more than meets the eye