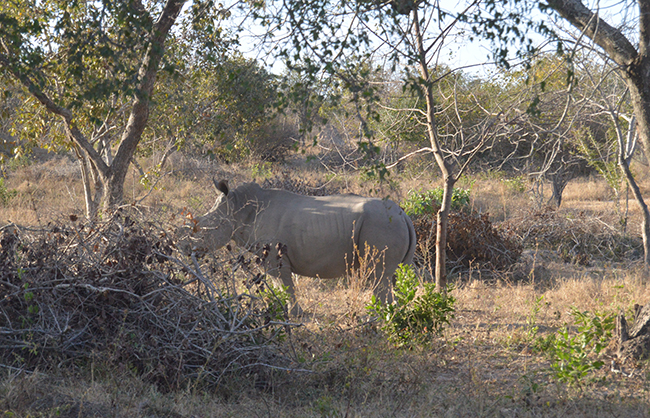 On Sunday, 20 July, we noticed some maggot eggs on the edges of Lion’s Den’s cast. Worried that the cast may be open, we decided to call out our veterinary team to check the wound and replace the cast.

Dr Rogers and his team arrived in the afternoon, and we quickly drove to the rhino enclosure in order to begin working on the rhino Lion’s Den was darted fairly quickly, but unfortunately went down with her nose right up against the fence. Before we could begin working on the wound, our team had to move the large rhino away from the fence line. 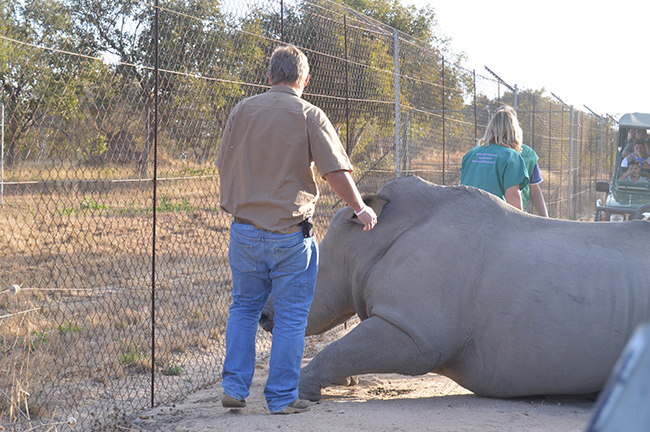 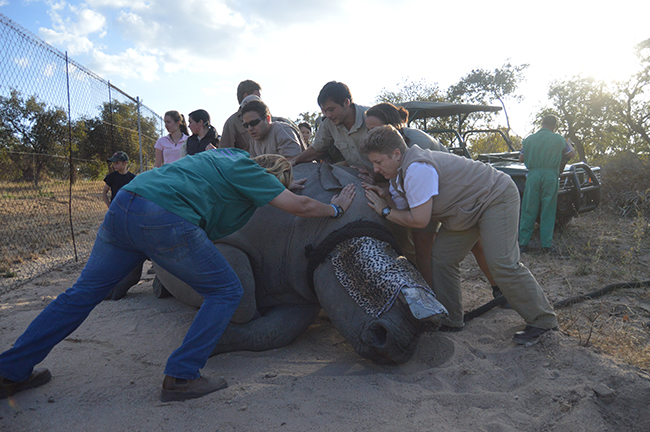 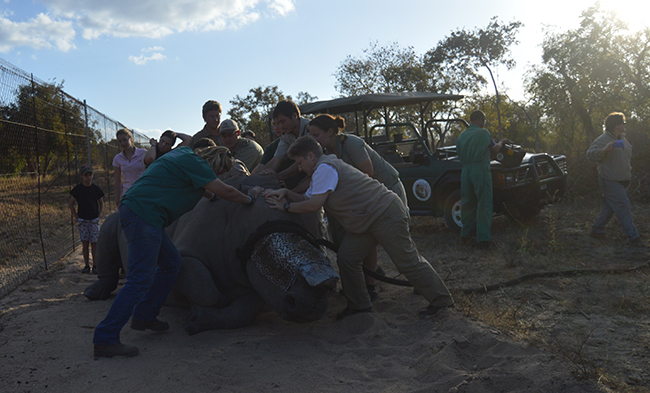 Once this was completed, we began the process of removing the cast and metal plate covering. We were very eager to see what was underneath. The cast was removed and we were relieved to see that things weren’t looking too bad. The wound had definitely healed since the last time that we had replaced the cast.

While we were in busy with this, some students from the University of Pretoria came to visit us. These students, who are part of a two week “One Health ‘Summer’ School”, were mostly vet students and were therefore very interested in the procedure. 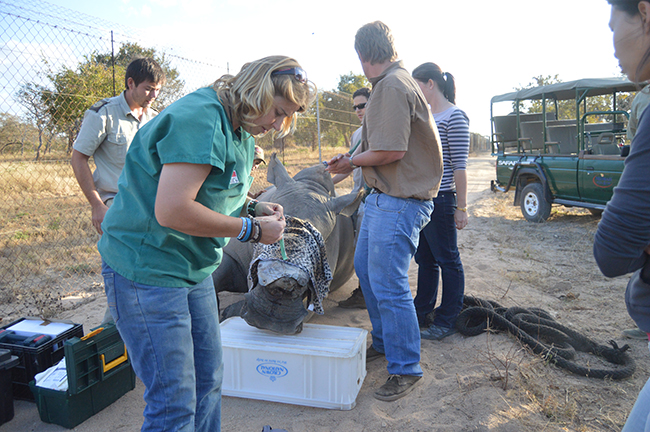 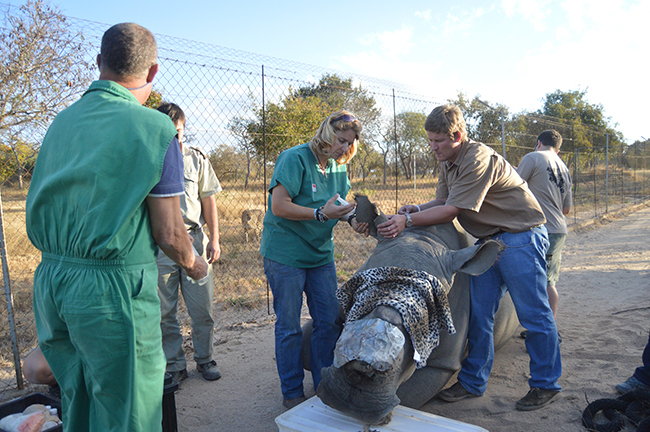 While there were quite a lot of maggots in the wound, they had luckily not done any damage.

The wound was cleaned with water and then with an alcohol-based disinfectant. Dr Rogers than applied antibiotic ‘purple’ spray to the wound. 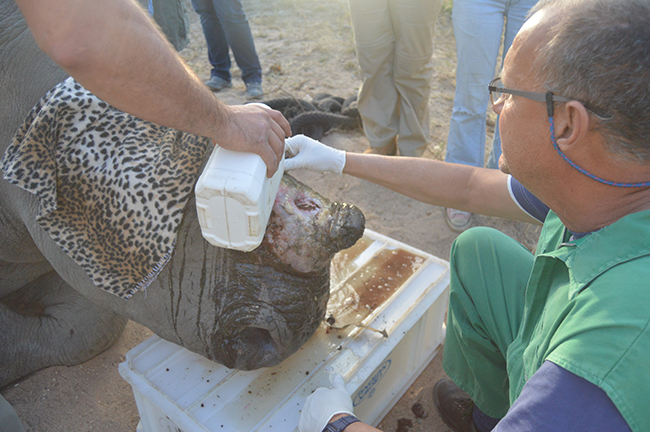 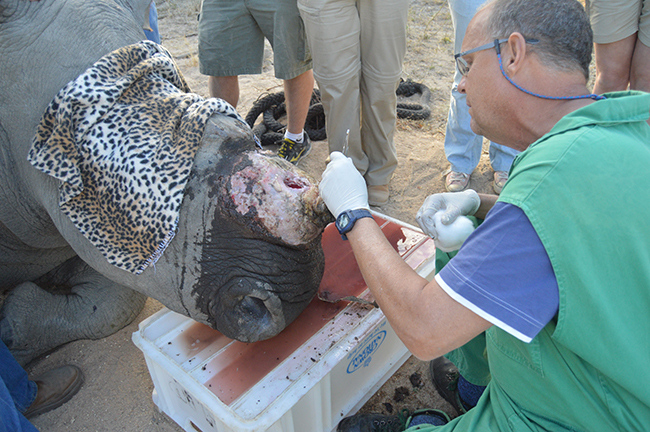 We have been struggling a lot with a hole in the centre of the wound that will not close. In this hole, nasal mucus is building up, and hindering the healing process. In an attempt to prevent this, we applied dental acrylic inside the hole. This will harden and will hopefully stop the mucus from growing. 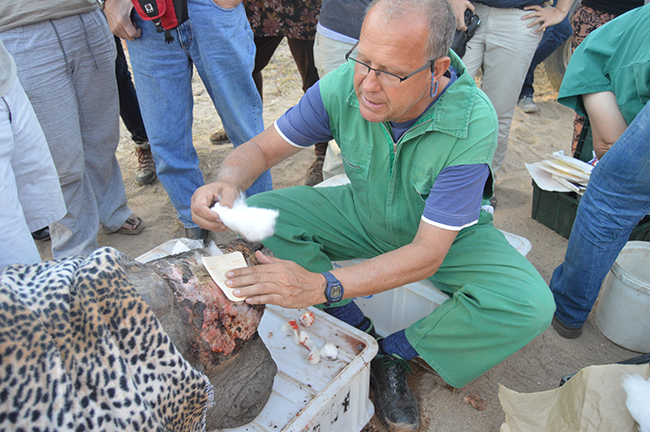 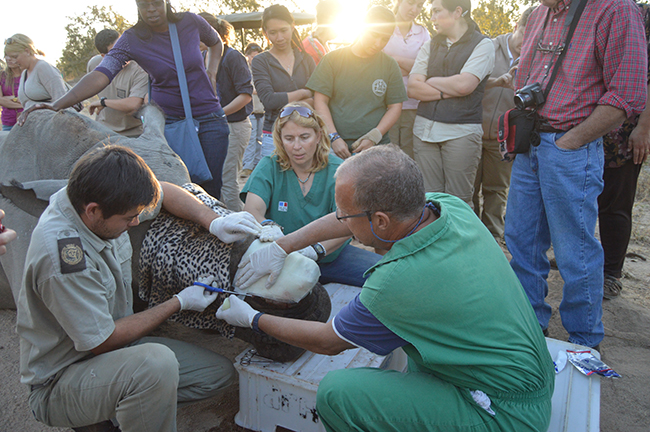 Over this, calcium alginate was used to cover the hole, as well as an antimicrobial foam dressing.

The cast was applied on top of the dressing, and layered until thick. The metal plate was then placed over and fixed to the wound with screws. 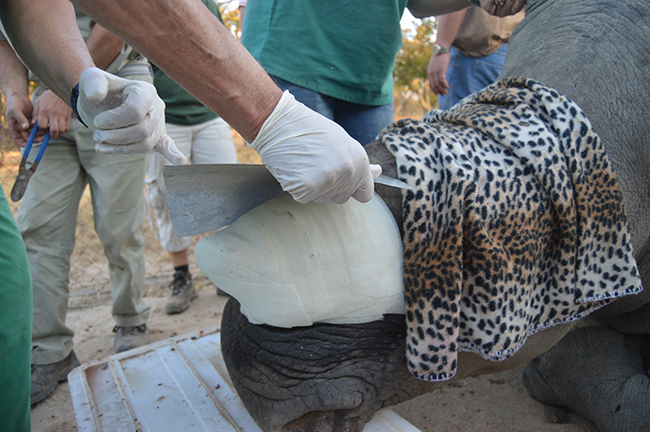 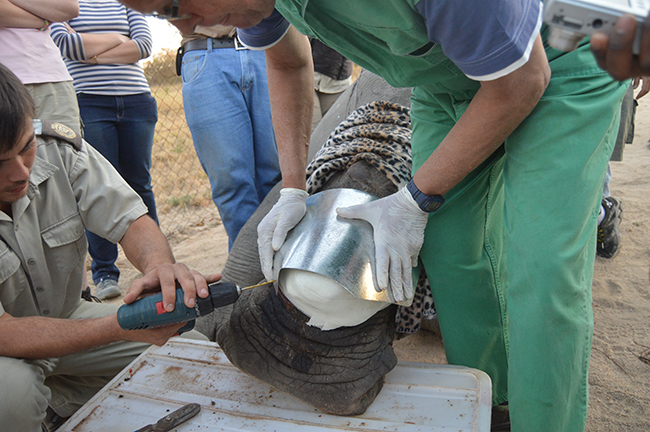 Lastly, Stockholm tar was rubbed over the cast to discourage flies.

While Lion’s Den’s wound has not been healing as well as we had hoped, things are slowly improving and we are positive that she will make a full recovery soon. 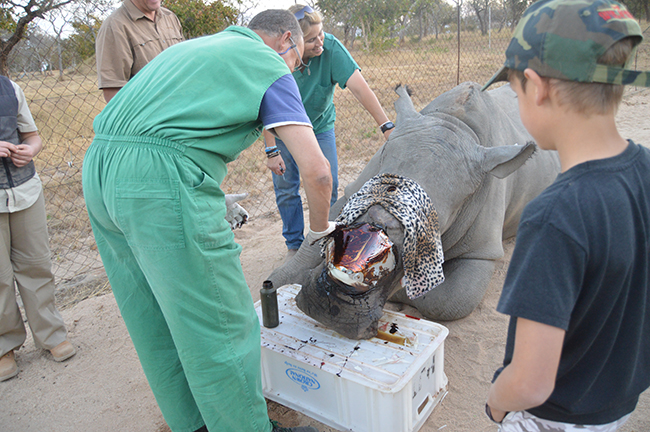