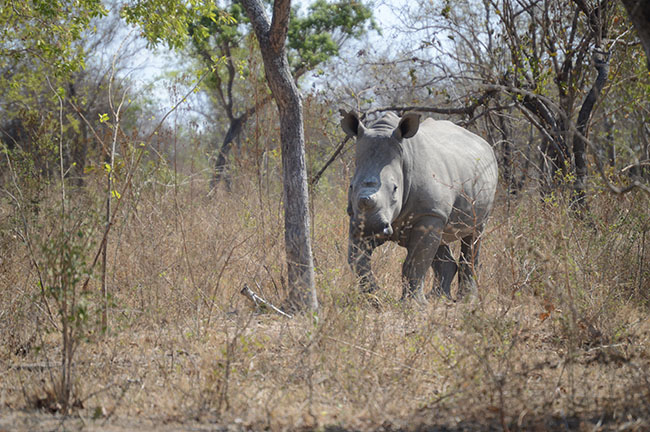 For a long time, we have been struggling to see some kind of progress in the healing of Lion’s Den’s wound. Unfortunately, because the poachers cut right into the sinus canals, nasal epithelium is pushing up and preventing the growth of healthy granulation tissue, causing a hole that we have been struggling to get closed. On 7 August, we inserted a dissolvable plate into this hole in an attempt to create a barrier between the nasal canals and the wound, hoping that this would aid in the healing. Unfortunately, the last treatment saw no real improvement. 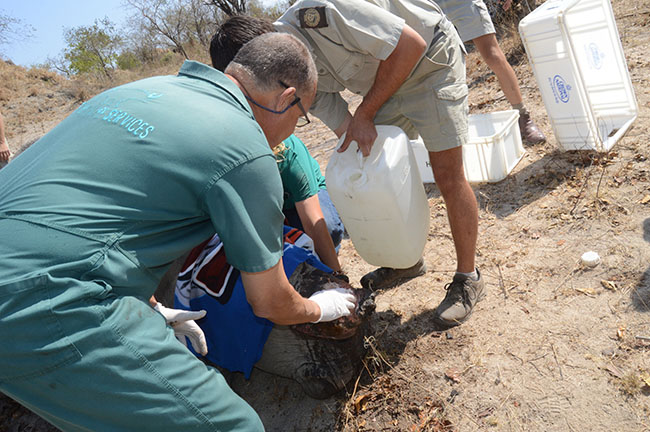 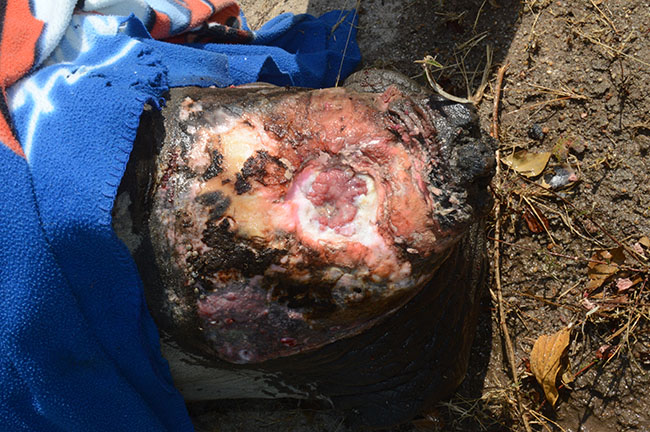 However, we have some really good news. We are finally beginning to see progress!

On 24 September, we noticed once again that Lion’s Den’s cast was coming loose, so we quickly called our veterinary team to come out. Dr Rogers and his team arrived early in the morning. 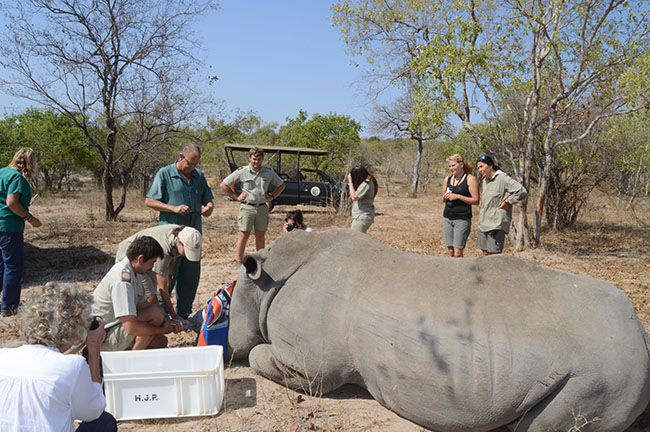 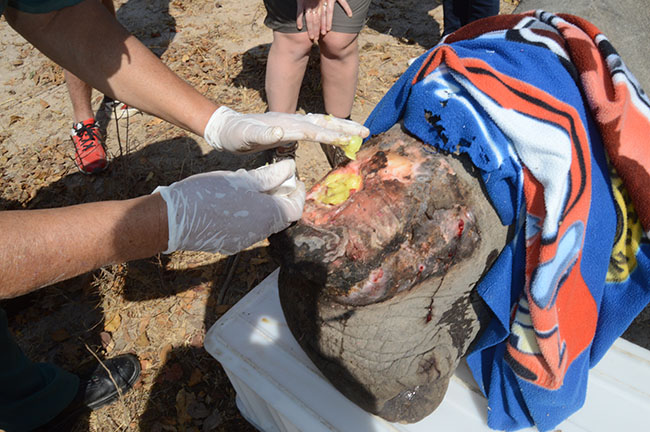 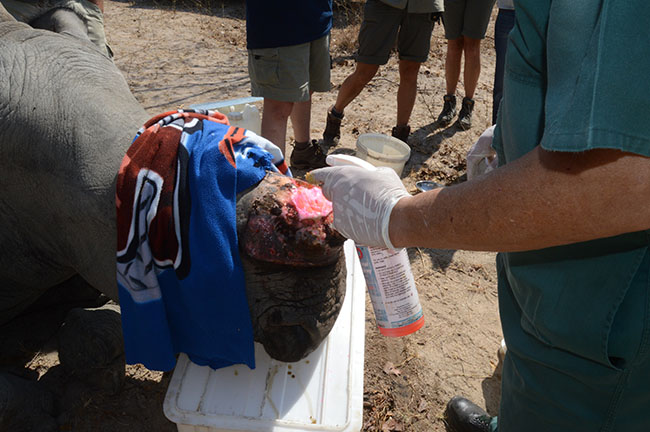 The rhino was darted, and came down in an open area in her camp, where we quickly worked to get the rhino cow in place. The cast was removed, to reveal the wound underneath. The wound was cleaned with water so that we could properly inspect it.

We noticed a definite improvement in the wound since the last time. This is not a huge improvement, but we are all extremely glad to see some kind of difference. 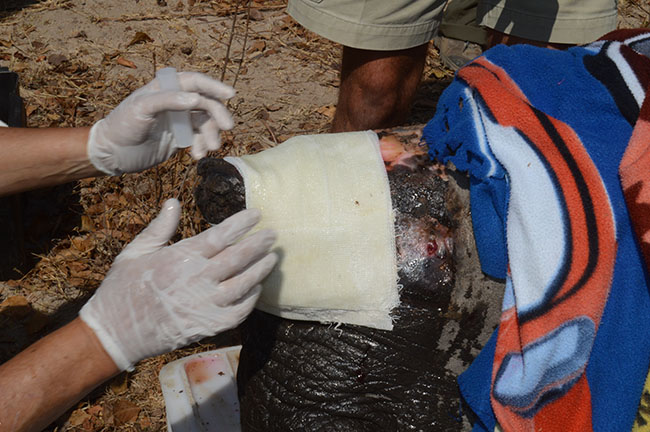 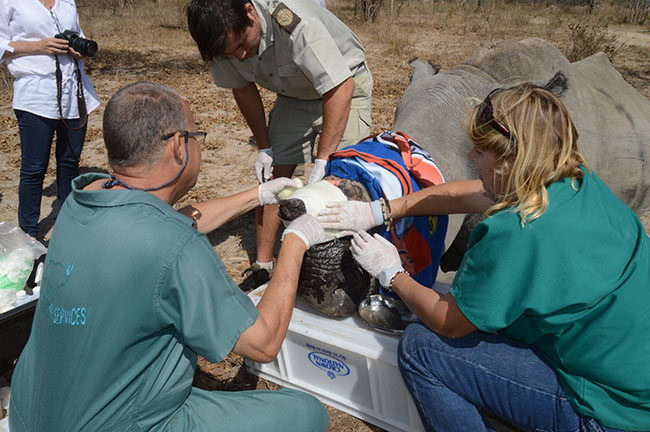 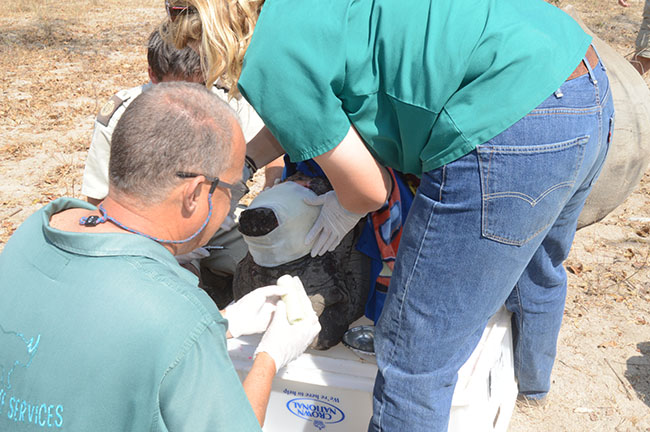 Dr Rogers deadened the nerves around the wound with a local anesthetic and a painkiller was also administered. 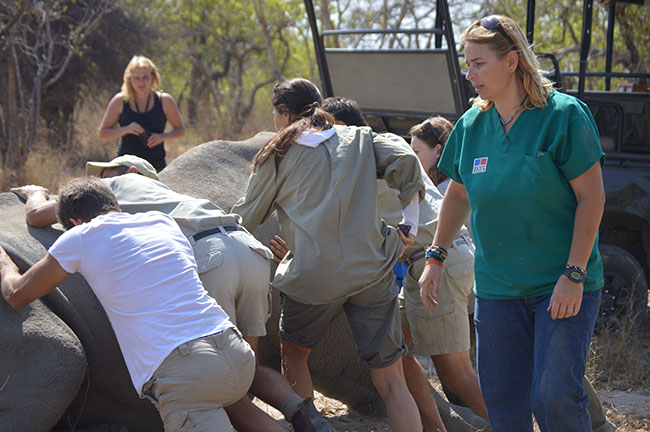 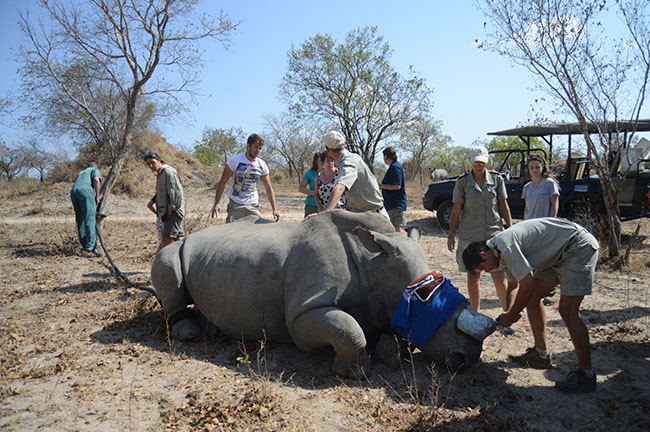 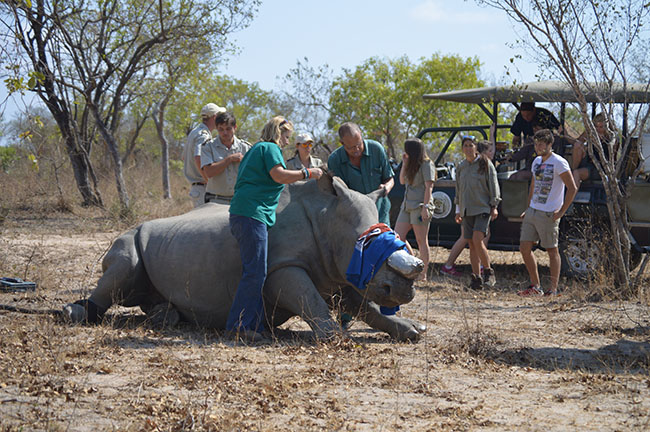 Prenine, an ointment containing cortisone is applied to the wound. This will hopefully slow down the growth of the nasal epithelium that has been preventing ‘good’ tissue from growing.

A cotton swab is placed over this, and the team began applying the cast. Over this, a metal plate was fitted and fixed with screws. 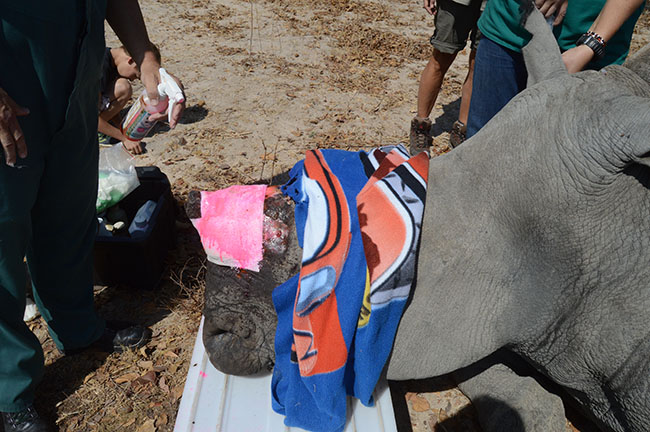 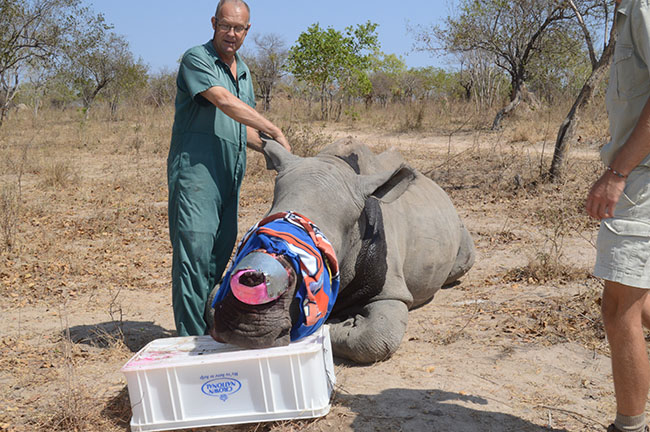 More insecticidal spray was applied to discourage flies, was poured over the cast and the rhino was dipped with an insecticide as well.

The reversal drug was administered to wake the rhino up and Dingle Dell quickly joined her companion.

We are so excited to finally see that Lion’s Den’s wound is beginning to heal. We hope that one of these days we will be able to leave the cast off completely! 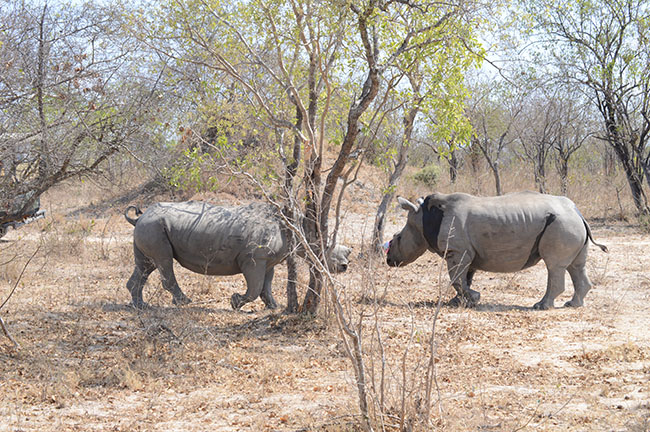 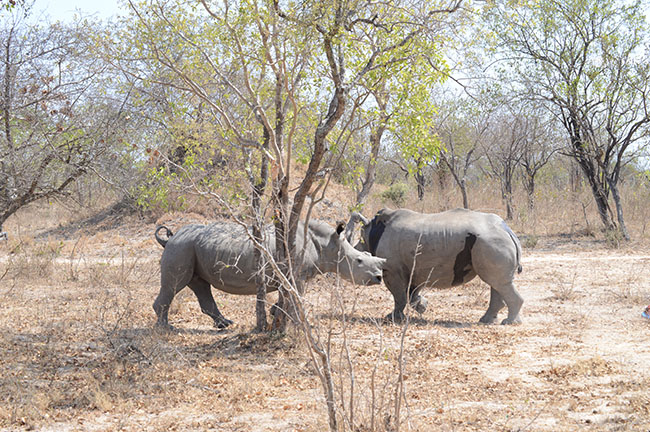 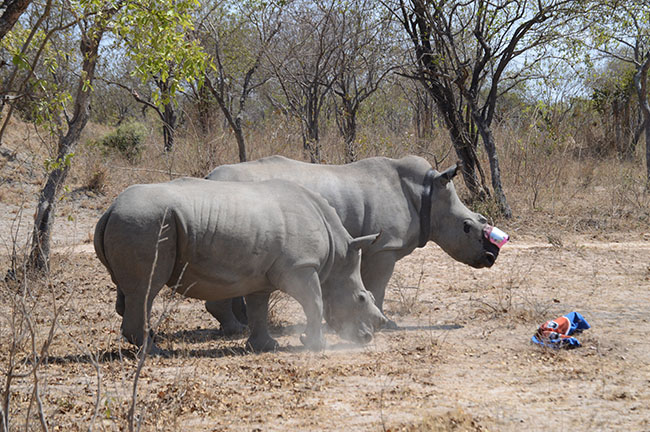 Our rhino orphans are de-horned