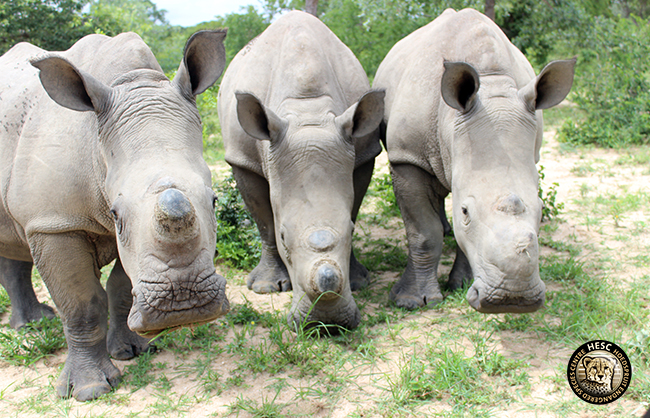 With the arrival of baby elephant Shawu late in November last year we decided to move Olivia, Khulula and Nhlanhla to Stompie and Balu’s boma. Initially the two sets of rhinos were kept in separate enclosures so we could monitor how they would get along in close proximity. This also allowed them to get use to each other, without being in “each other’s space”. In the beginning, we would open up for each group to explore their surroundings at different times. Eventually we let both groups out at the same time, as none had displayed any aggression through the barriers. 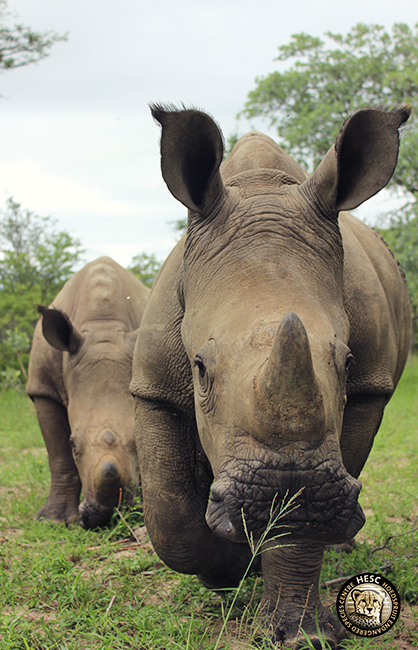 In mid-December Balu milk intake was reduced from 10 to 9,5 litres per day, but he’s still receiving two bottles daily at 6am and 6pm. Stompie is doing very well overall, and is now use to not being bottle fed anymore and doesn’t bother his brother Balu as much.

The vulture restaurant has become Stompie and Balu’s favourite spot. The two have been enjoying hanging out and sun bathing near the restaurant. 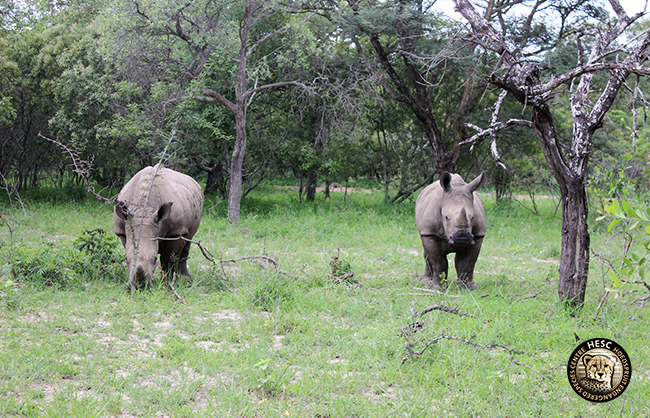 With the amount of rain that we’ve been receiving the grass in their boma grew quite significantly. As Stompie and Balu continue to grow they are becoming a bit more independent and have been slightly pushing their curfew for returning back to their boma in the evenings.

Gertjie and Matimba, together with their sister Philippa, are doing very well. With the good rain we’ve received in the past few weeks, the dam in their enclosure has filled up; and has now become their favourite spot for lazing about. As this dam is situated close to Khula’s Cottage, so guests staying over have been fortunate enough to see the three rhinos enjoying mud baths. 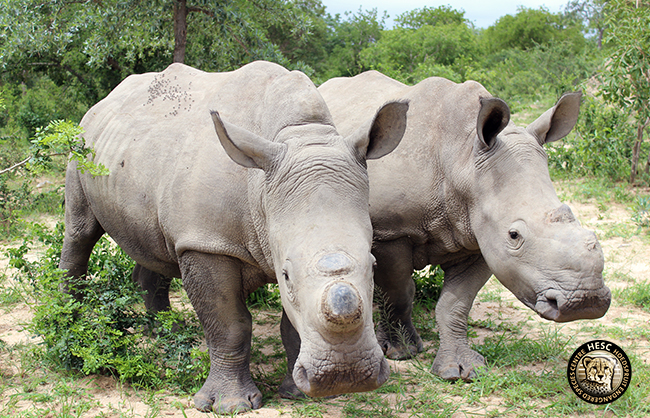 Sometimes Philippa seems to lose Gertjie and Matimba as they wander off on their own, but she soon catches up with the boys. The two brothers have really taken a liking to their new sister and are protective over her.

It is wonderful to see the bond these three have developed.

Earlier in December we reduced Nhlanhla’s milk intake. He is now being fed a serving of 4.75 litres 4 times per day. We were thrilled to see Nhlanhla produce normal rhino dung! This means he no longer has diarrhea. Although we are not certain what exactly stopped it, we are definitely happy. 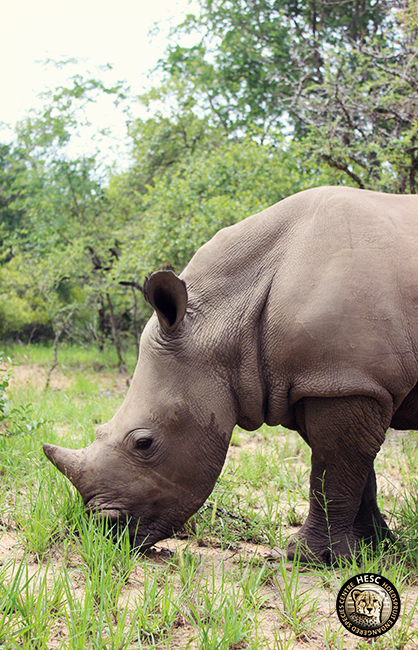 Olivia and Khulula each now drink a total of 13,8 litres of milk, 3 times a day. They are both growing up so quickly, and Khulula has caught up to Olivia’s size. We have to look closely to identify who is who. We can’t believe that Olivia will be turning one year old next month. 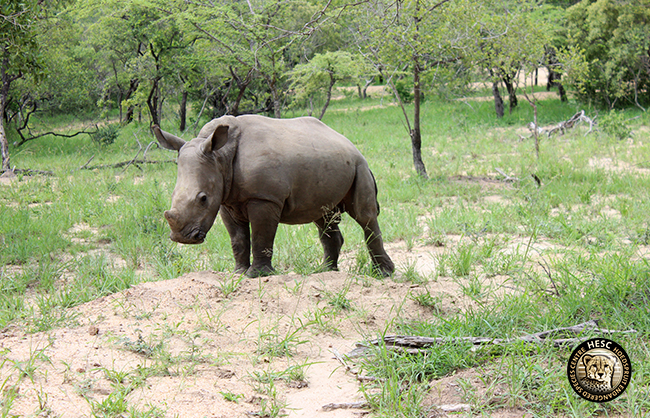 We caught a beautiful sight of Olivia, Khulula and Nhlanhla grazing with Stompie and Balu. All five were very relaxed and enjoying the grass in each other’s company. We are very happy that the five of them have become friends now. 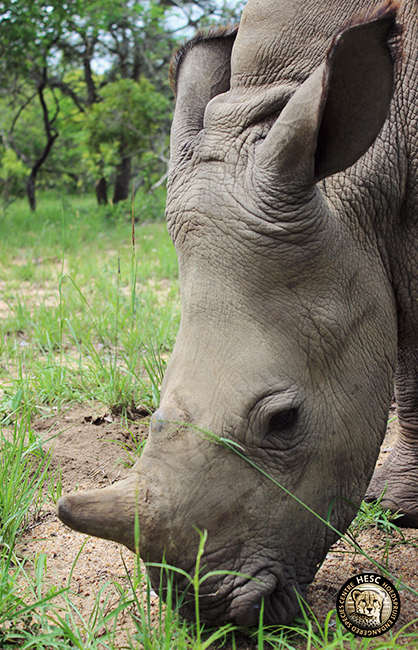 Lion’s Den and Dingle Dell are thriving. They enjoy watching the workers doing bush clearing in their enclosure, and love the open space they now have. 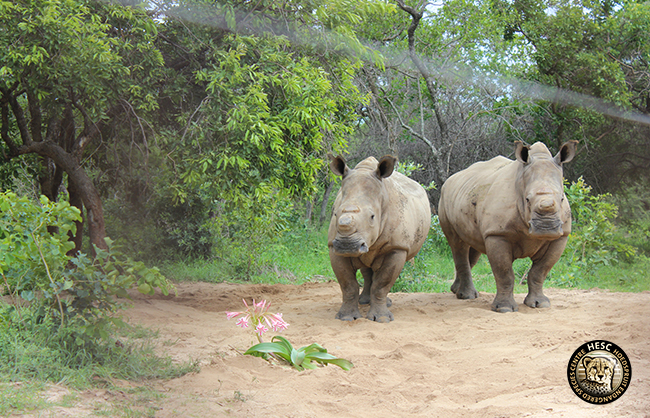 The good rain has led to the development of a few mud baths for the two sisters. They’ve been having a delightful time playing in the mud. Their relationship with Zita the zebra also seems to have improved. Every time one stops to look at Lion’s Den and Dingle Dell, Zeta is always close by.

We are happy to report that Ike, our rhino bull, is doing well. He is still cautious and continues to play ‘hide and seek’ with us – so much so that some days we struggle to locate him in his enclosure. He often spends a lot of time close to the dam in his enclosure, and sometimes even sleeps there on hot days. On other occasions he can be found next to the fence, on Philippa’s side, spending some time with her. 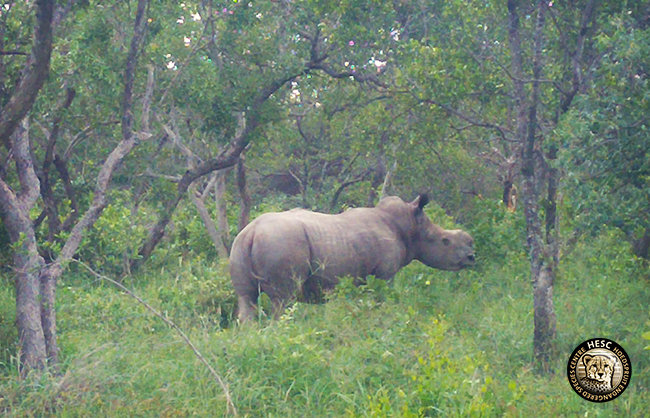 We are relieved that he no longer perceives the curator’s vehicle as a threat and no longer hides when he sees it. In fact, he’s getting so relaxed that we are now able to get some good pictures of him.