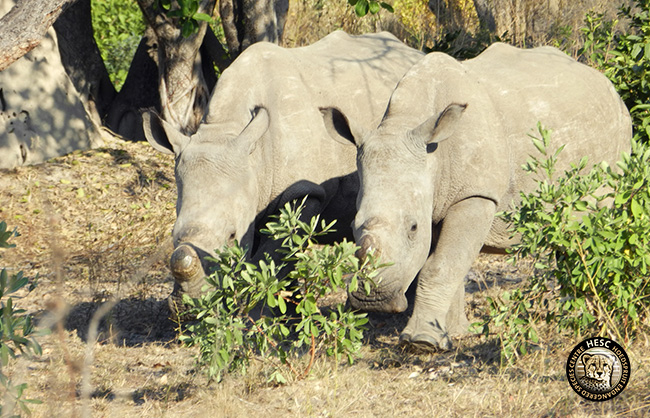 We are happy to report that all our rhinos are in great shape.

Zeta (the Zebra) and her male companion often follow Gertjie and Matimba around, but tend to steer clear of Lion’s Den and Dingle Dell. They do, however, occasionally graze with all four rhinos. 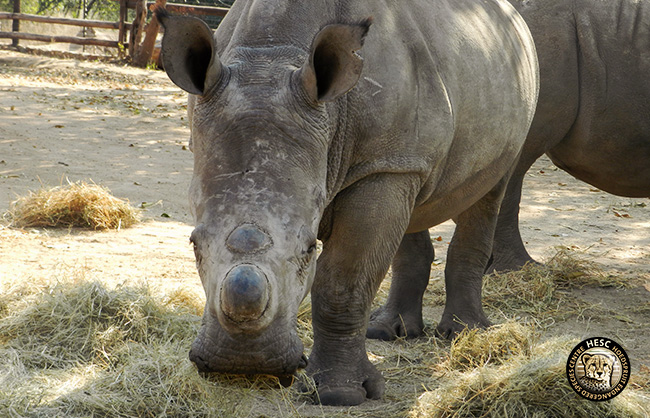 Stompie and Balu are still as thick as thieves. Balu was weaned off milk from 1 April and we are relieved that Stompie’s wound has completely healed and poses no problem. 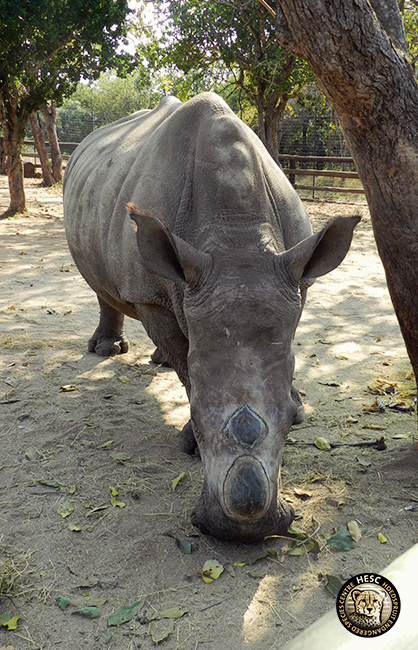 ‘Pretty girl’ Olivia is doing great and consumes 4,5 litres of milk twice a day. Khulula consumes the same amount of milk as Olivia, and enjoys lucerne so much that she keeps a patch to herself and ensures the others don’t eat from it. Very clever! 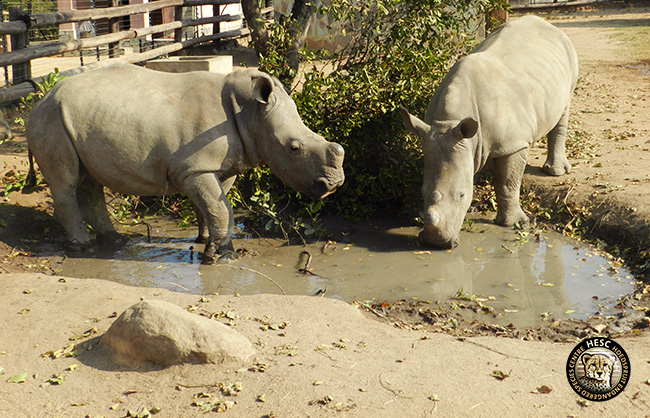 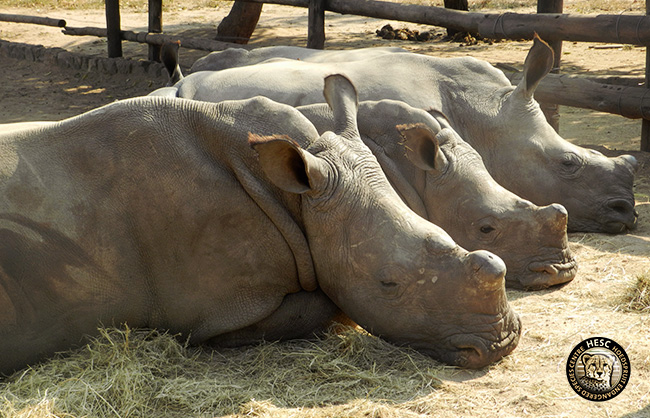 Our poaching survivors, Ike and Phillipa, are doing so well. They are at ease with each other and their surroundings. Both have gotten accustomed to game drive vehicles passing by and no longer get rattled, especially Ike – it took him a while to adjust after he was moved to HESC. 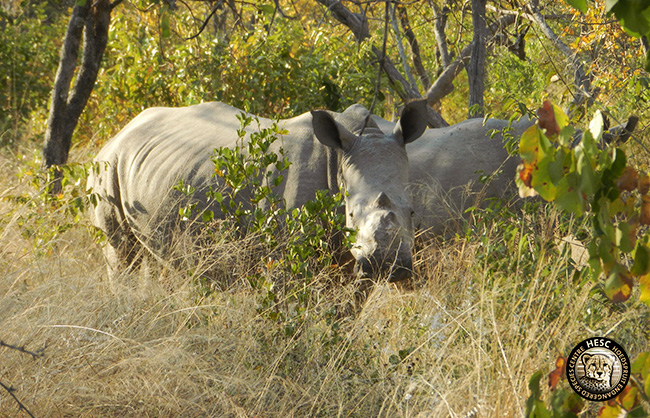 It has been quite a journey we’ve gone through with all the rhinos, but it’s been so worth it!

Looking back at Lula, an Orphaned Rhino at HESC since 12 February 2017.