Unfortunately, it seems as if our team will continually be battling the need to keep the rhinos’ wounds covered, particularly as we head into summer which brings an abundance of flies. As the wounds start to heal, the healing process is itchy and the rhinos’ natural instinct is to rub their noses against trees etc. Due to their incredible power and weight, they are almost effortlessly able to remove even the most

secure dressing. This seemed to be the case when our curator noticed that Dingle Dell’s wound cover had started to come loose, and Dr Rogers was called in on Tuesday 19th November to dart her – a full two weeks before the next scheduled treatment. Thankfully, the darting went smoothly, and Dingle Dell went down in an open clearing. The team immediately got to work: 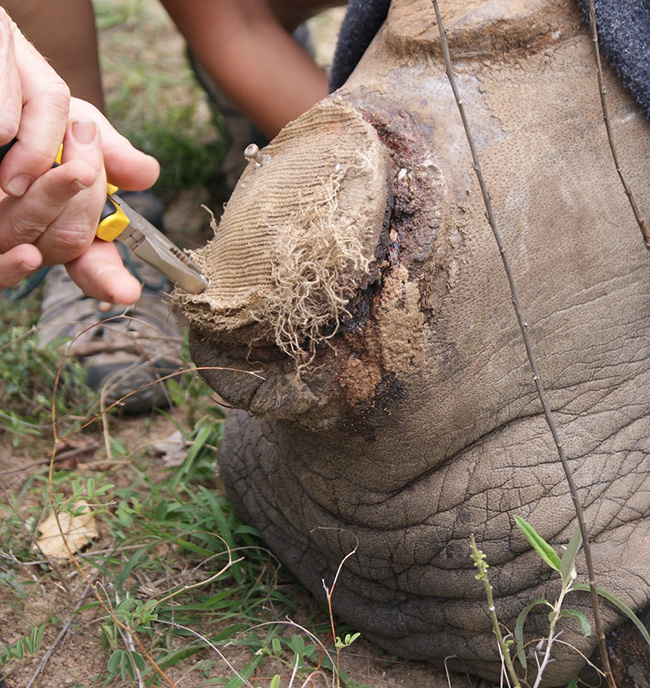 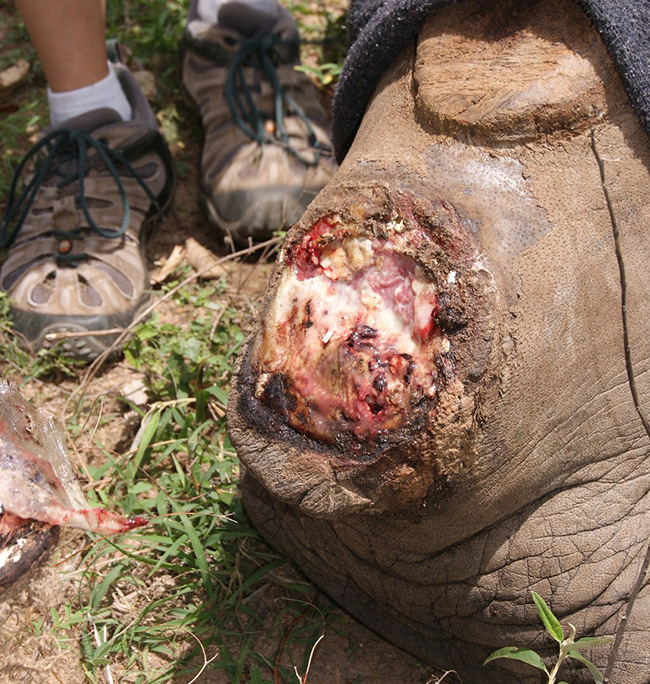 Once the cover has been removed, one can see that the wound has become infested with maggots 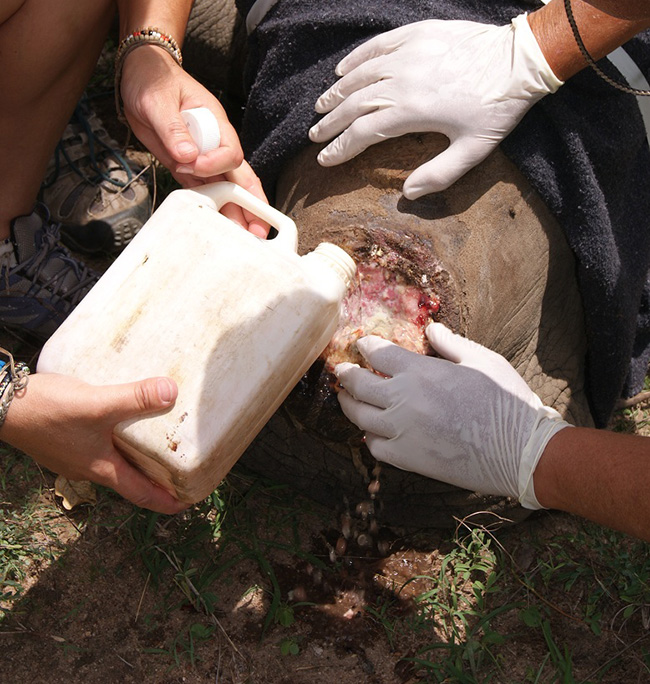 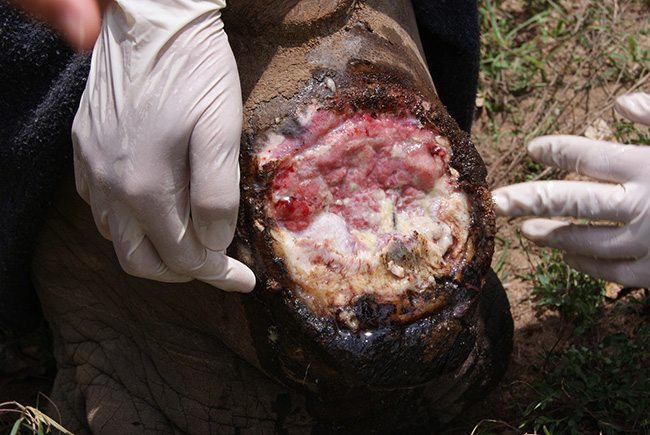 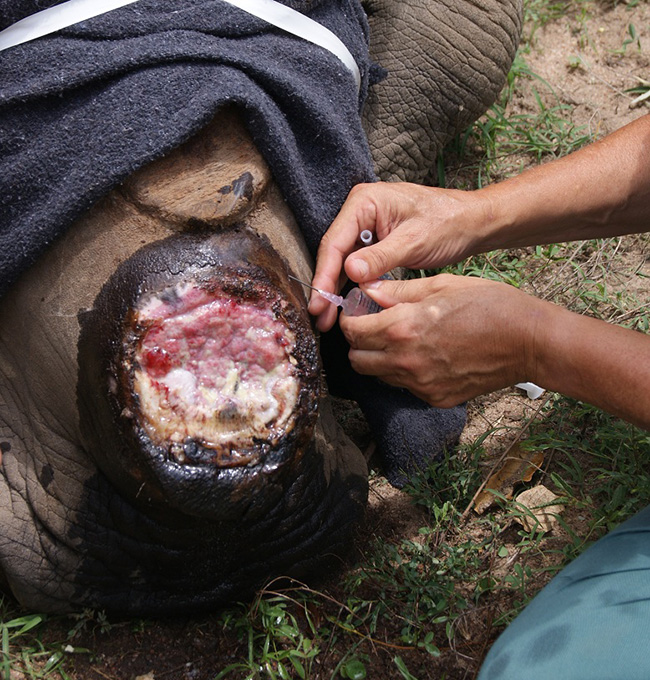 Dr Rogers injecting around the horn with local anaesthetic 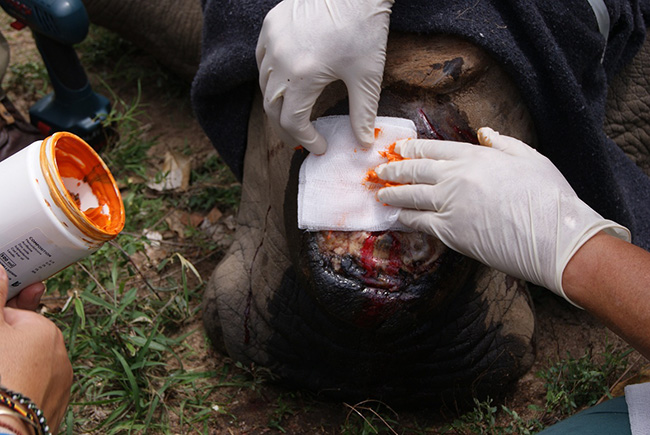 Dressing the wound with gauze swobs and antiseptic ointment 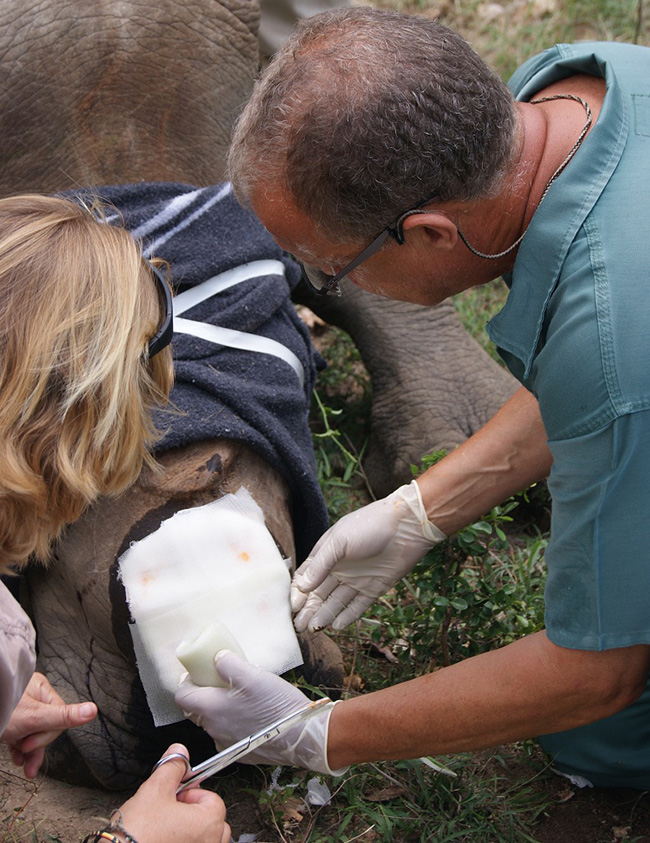 Starting to form the cast cover 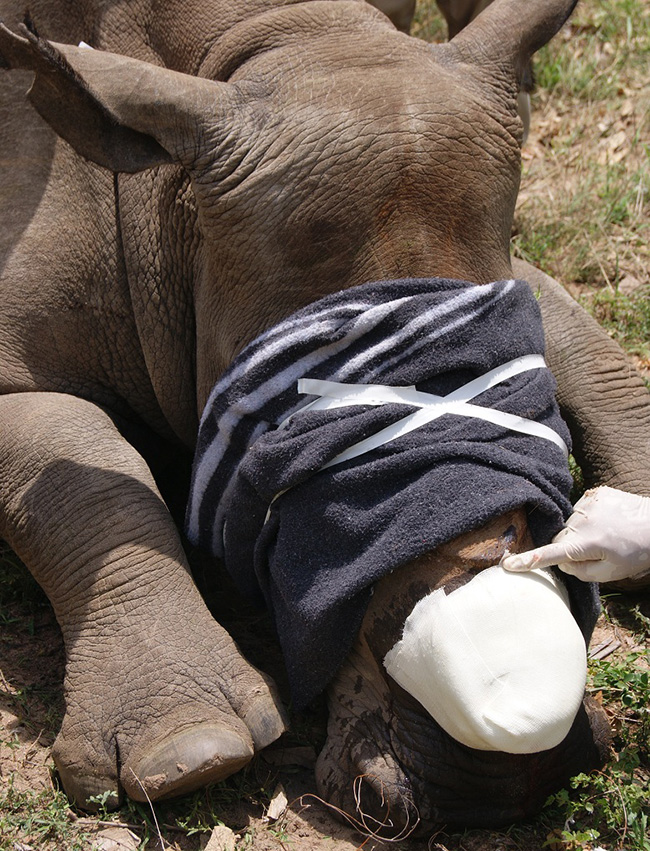 Waiting for the finished cast to set 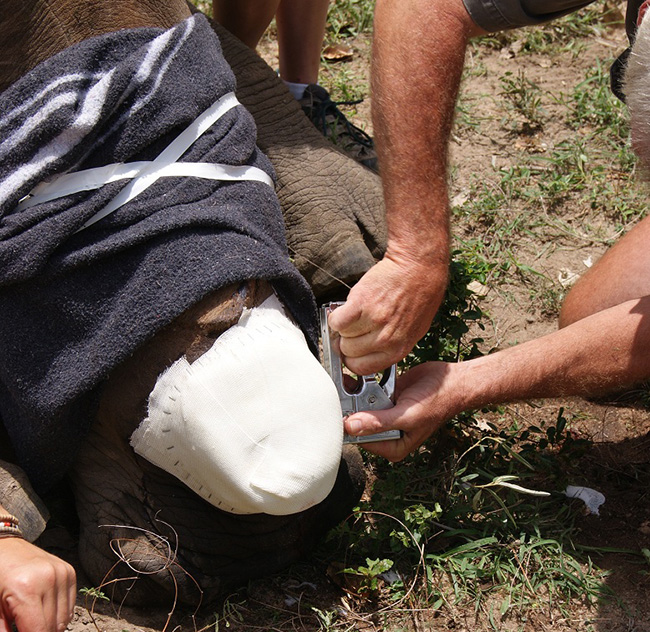 Securing the base of the cast with staples 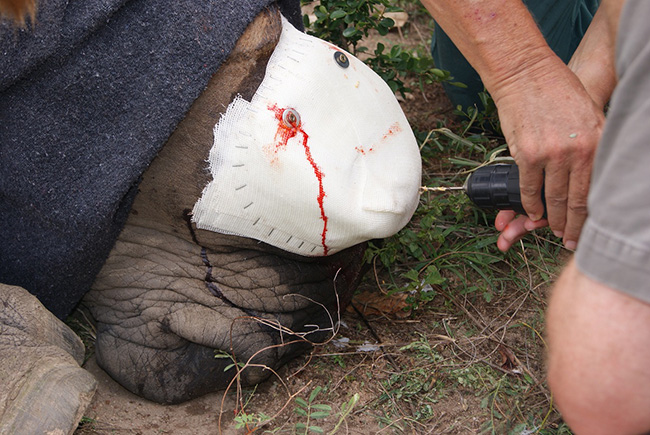 Drilling the screws into place to secure the cover – whilst the procedure looks painful, the rhino is anaesthetised and the area blocked with local anaesthetic

Dingle Dell was soon up and off to join Lion’s Den and her two buffalo companions. The team will be keeping a very close eye on both cows – which is thankfully going to be made easier by the generous donation of two motion cameras from G&H transport and Heather Giannoccaro. These cameras have been placed by the rhinos’ food and water supply, and already over 1000 images have been captured, helping the team to keep track of their progress, their cast covers as well as monitoring how much food they are consuming.

The moment their covers start to come loose, the team will move in to repeat the whole process. It is  imperative that the flies and maggots do not undo all the work and progress that has been made. 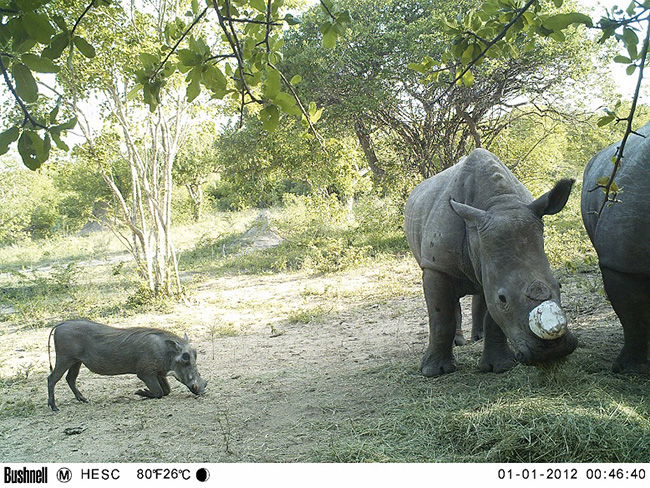 Moose and Mickey, Two White-Tailed Mongooses in our care at HESC.