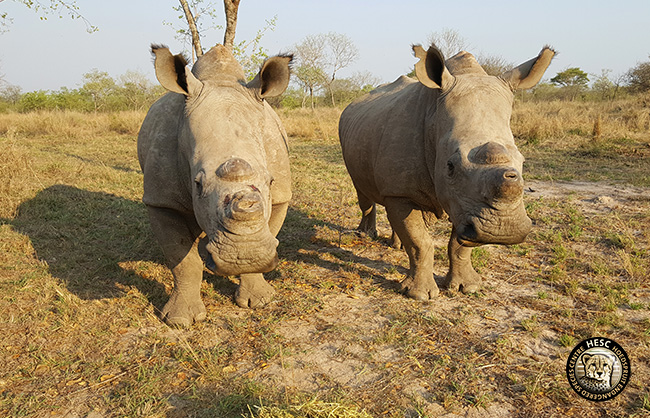 We are happy to report that all is well with HESC’s various rhinos. Here’s a brief update.
Lion’s Den and Dingle Dell
These two female rhinos have had a long and emotional journey since their arrival in 2013, after a poaching incident left their lives hanging in the balance. Following numerous successful procedures by Dr Rogers they are now fully recovered. They have come so far and are now relaxed and thriving in their environment. 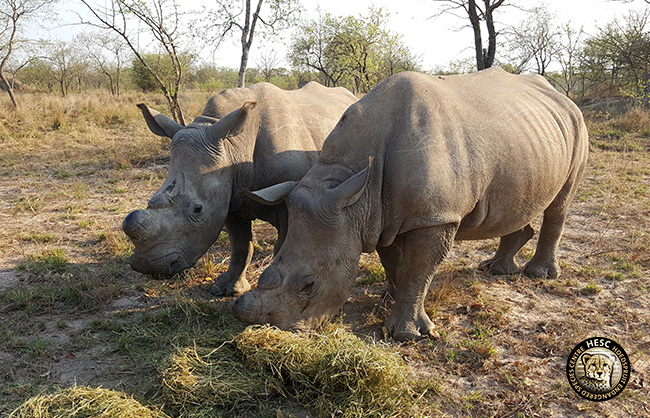 Gertjie and Matimba
These two males are as thick as thieves and are always seen together. They enjoy spending their days grazing and taking mud baths to keep cool in the heat of the day. Gertjie and Matimba share an enclosure with Lion’s Den and Dingle Dell, and the four rhinos can sometimes be seen together during feeding times. 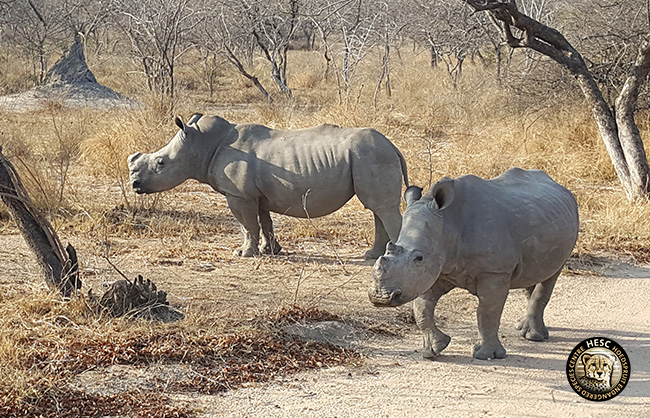 Ike and Philippa
It’s heartwarming to see how much these two rhinos have calmed down. When they arrived at the centre they were a bit skittish and whenever they heard the curators’ vehicle, they would run off in a different direction. This made it challenging to get any pictures of them and check on their progress. Now however, they are more at ease and get close to the vehicle to receive fresh lucerne that we bring them; and seem to enjoy watching the vehicle before it drives off. We couldn’t be happier with their progress. 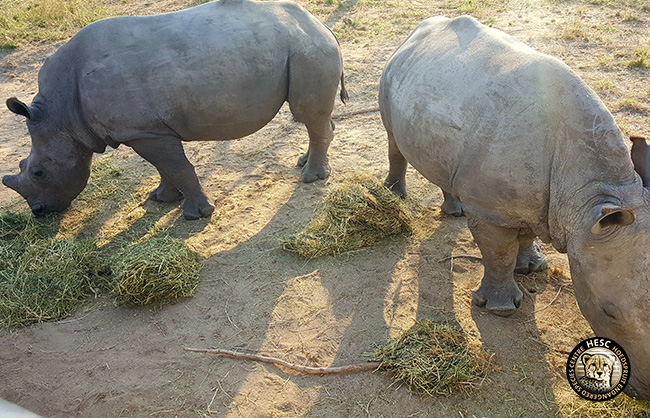 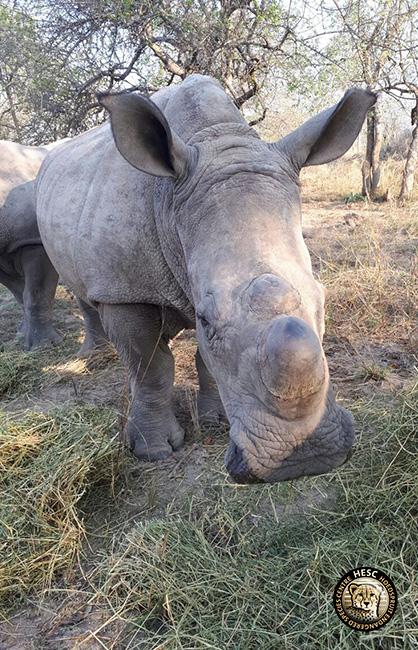 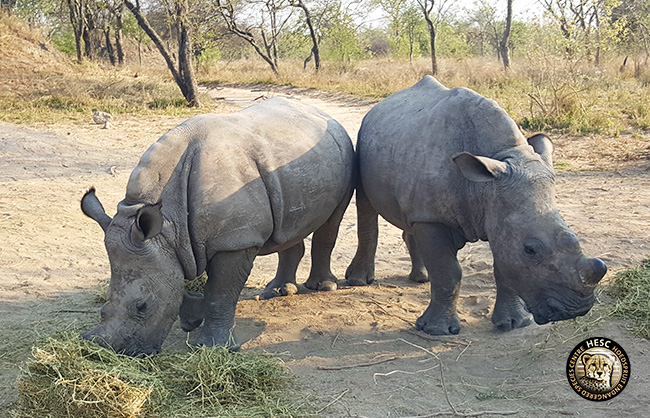 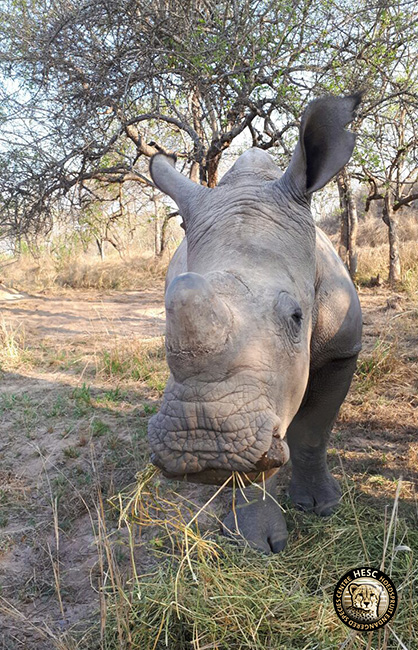 It is such a joy to watch the bond our crash shares.