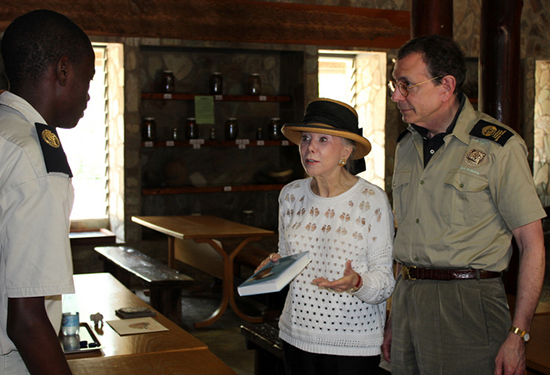 Almost ten years ago, a New York couple visited Camp Jabulani, fell in love with it and the animals at the Hoedspruit Endangered Species Centre (HESC) and thus, US Friends of HESC was born!

Allen and Heidi Roberts returned to New York determined to help HESC in their work, and to that end established *US Friends of HESC.  They then set about organising a series of dinner parties in their Park Avenue home to raise funds and have proactively and passionately raised a staggering amount for HESC over the years.

The guests attending pay a fee per plate and Heidi serves a wonderful dinner, which she cooks herself.  Members of the US Friends organisation generously donate towards the dinner with everything from caviar to opera cake and wine, which allows all contributions to go directly to US Friends of HESC.

Allen and Heidi host between 12-14 dinner parties annually and Lente Roode (founder of HESC) also attends to share updates and respond to questions about HESC’s activities.

The fundraising dinners also include a silent auction with items such as accommodation at several five-star lodges and hotels in South Africa, fashion items and lovely paintings and artwork, to further raise funds.

Last year US Friends of HESC raised USD270 000 to help HESC’s mission, while incurring annual expenses of only USD65 (the cost of annual registration with New York State) and USD1,500 in accounting fees. Everything else is donated – a truly exceptional feat accomplished by Allen and Heidi whose hard work resulted in the USD1 million mark being reached in 2013!

During the past 10 years, the funds generated by US Friends of HESC have been used to fund critically needed cheetah enclosures and exercise equipment, building and construction requirements, community outreach initiatives and also internships to help deserving youth move forward by acquiring skills and earning employment opportunity in tourism and conservation.

Visitors to HESC now cross to a secure moated island to observe mature cheetahs interacting in the surrounding grass and bush garden – a gorgeous entrance and introduction to HESC made possible by the US Friends’ contributions!

On a personal level, Heidi was this year able to observe her adopted cheetah (and namesake) in a stunning display of acceleration in pursuit of a decoy on a lure (equipment funded through the generosity of US Friends) as well as spend some quality time to celebrate two birthdays – her own, and Heidi the cheetah’s 2nd birthday. 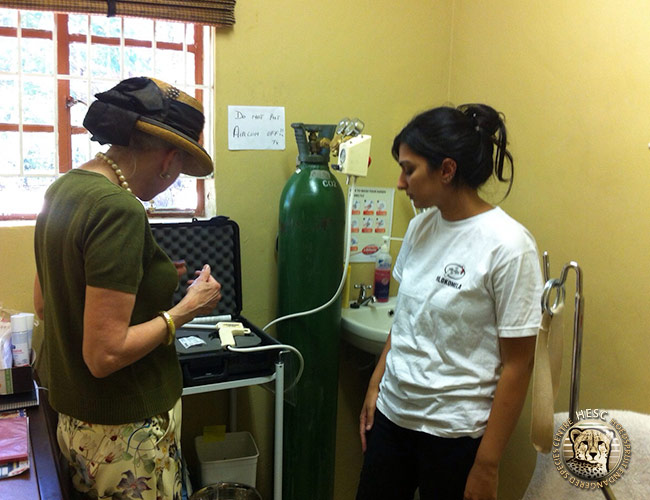 US Friends also continued to support HESC’s initiatives to help others in the community. This year they funded the costs of housing, meals and daily transportation of Global Health Fellow Omara Afzal MD who assisted in a program to integrate cervical cancer screening into the HIV services provided at the Hlokomela Clinic.

We at HESC are profoundly grateful for the generous support of all our sponsors, and in particular US Friends of HESC, as without them we will simply cease to exist. The passion of people such as Allen and Heidi, who work tirelessly for the benefit of our animals at HESC further strengthen our resolve to ensure we leave a wildlife legacy to our children and the world. We salute and thank you Allen and Heidi!

*US Friends of HESC, Inc. is a 501(c)(3) non-profit charitable organisation dedicated to the conservation of wildlife. Donors living in the United States who contribute through the organisation receive a tax-deductible certificate.

The US Friends of HESC's annual fundraisers – 2012