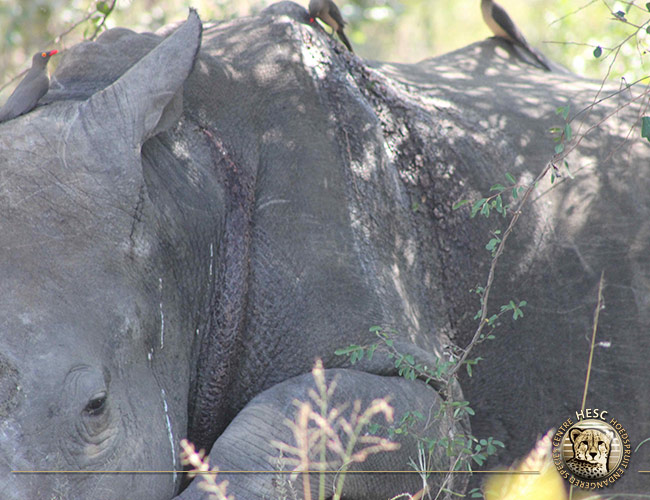 At approximately 10:30am on Friday the 15th of May, we took acceptance of a rhino bull that had survived 3 gunshot wounds over a series of poaching attempts.

Dr. Rogers initially treated this rhino at an unnamed reserve in February 2015 after it had been shot for the first time. The decision to relocate him became a priority.

Shortly before the big move day arrived, Dr. Rogers noticed that the rhino had sustained two more gunshot wounds. Had other rhinos not killed him, poachers certainly would have. 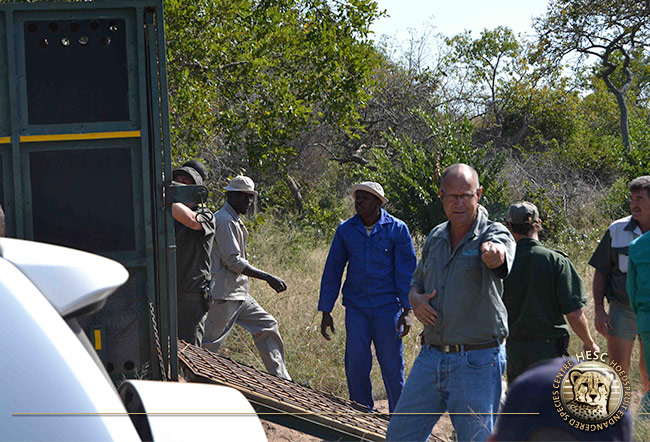 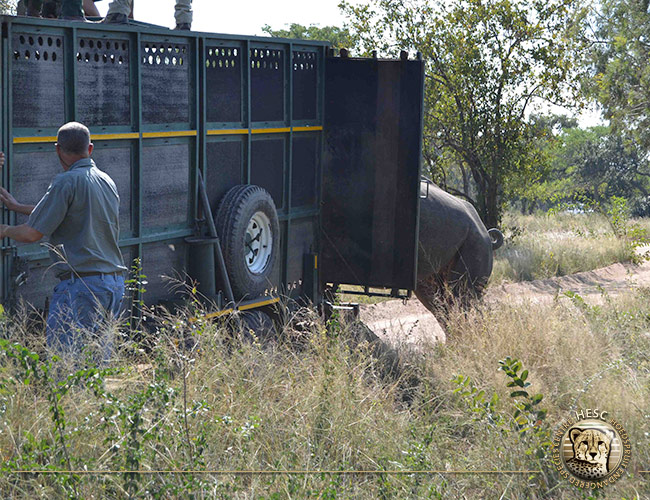 Organising the move to HESC took two days. A big game relocation trailer and a large team were required to ensure a safe trip.

By the time the animal eventually arrived at HESC, he was very weak. Dr. Rogers was not certain whether he would survive, stating a 50/50 chance. 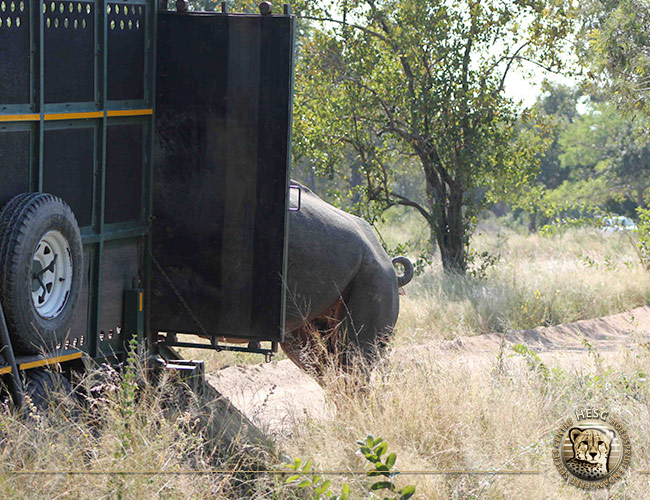 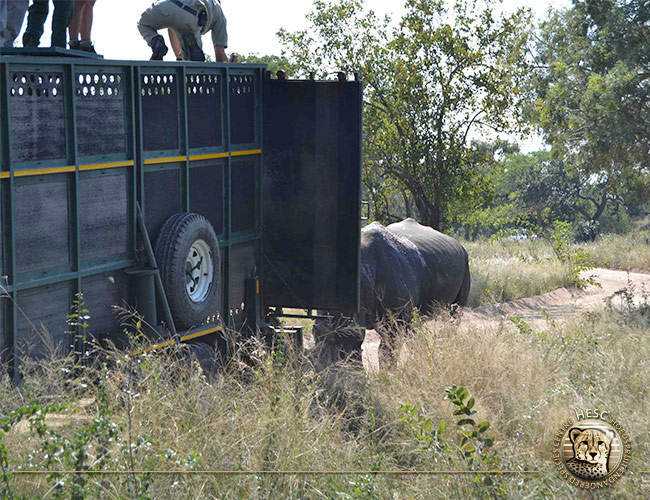 On 17th May the injured rhino was seen down by the waterhole (via the camera sponsored by G&H Transport). He was grazing and feeding on the teff and lucerne which the curators had provided to improve his condition, in order to fight the infection. 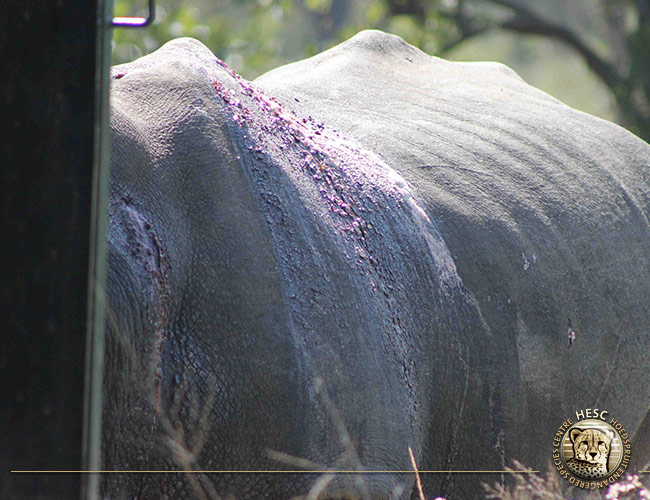 This is pleasing and gives us hope that he is heading in the right direction.

He has since been named ‘#72’. We will keep you posted as to his progress.