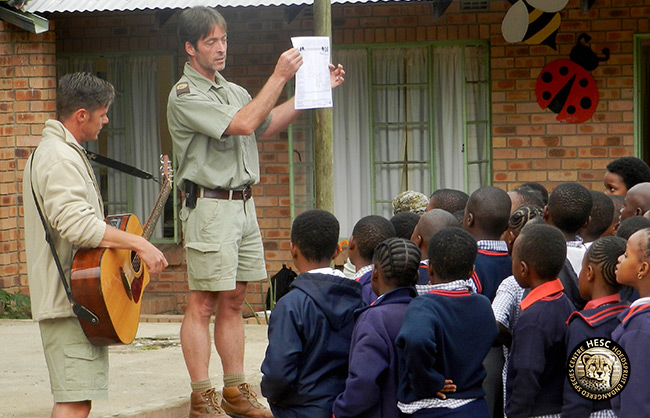 On Monday 15th May, our Wildlife Conservation Experience (WCE) Coordinators, Ruan and Herman visited Lumukisa Preparatory School. Ruan and Herman were at the school to collect the Grade 1s Rhino Art sheets and present the Rhino Art Initiative to the Grade 2s.

The team started by teaching the learners about the rhino and the poaching plight. Many of the learners said they had seen a rhino in the wild, which was reassuring; but some had not. This further reiterated the need for the protection of this endangered species, to ensure that many more in this generation can continue to enjoy seeing rhinos in their natural setting. 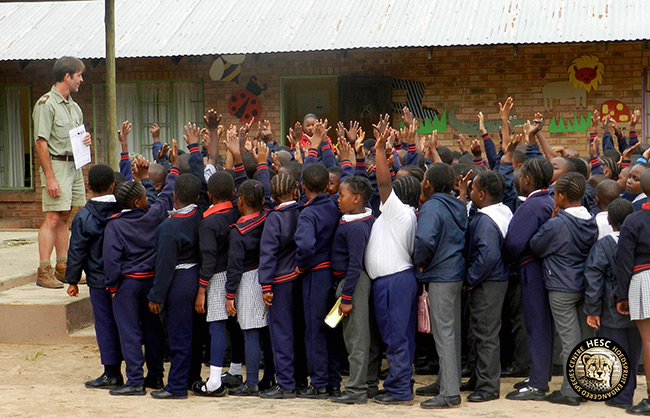 When Ruan asked the learners why rhino horn was in such demand, they all responded in loud unison “for money!” This confirmed to us that children are more aware of what is going on around them, than they are given credit for. The team emphasized to the young ones that even though rhino horn is in high demand, it holds no medicinal value and rhino poaching must be stopped. 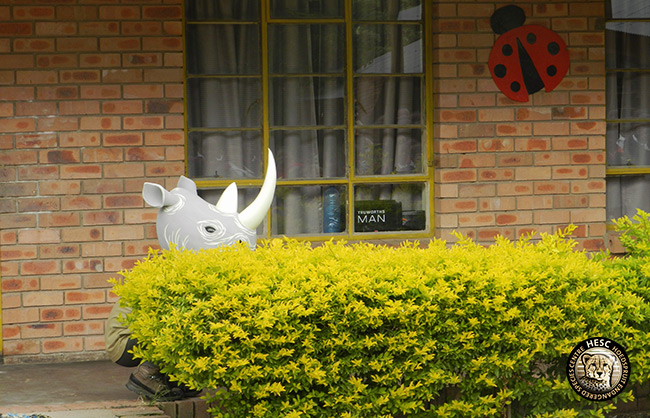 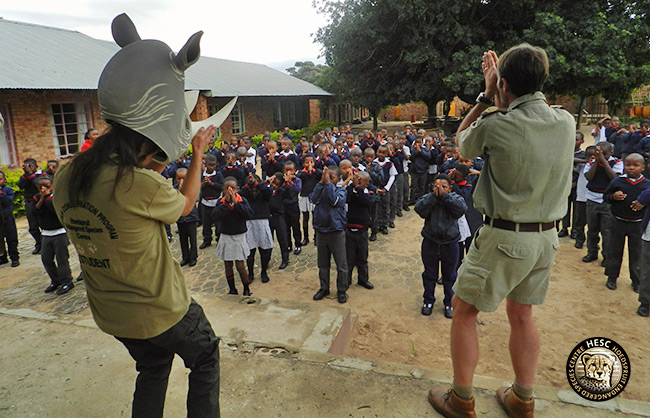 After the lesson on rhino poaching was concluded, it was time to bring out ‘Mr Rhino’ for some light entertainment. The team and the kids sang the ‘Mr Rhino’ song together. It was impressive to see how quickly they caught on to the lyrics, and soon they were singing the catchy tune on their own:

“Mr Rhino, everybody knows
you got one tail, four feet, twelve toes
Mr Rhino, look what grows
Two big horns on the tip of your nose.” 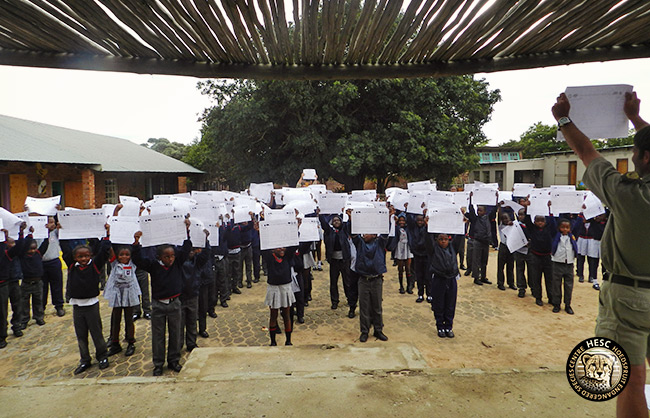 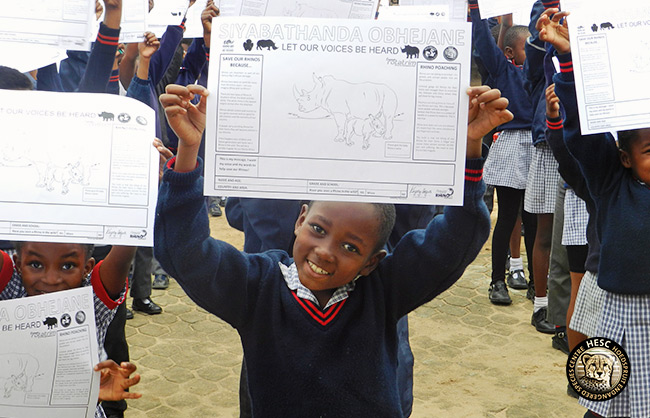 The learners were also handed Rhino Art sheets, which they will complete by colouring the pictures and writing a short message about rhino poaching. The team will return to collect these in a couple of months’ time. 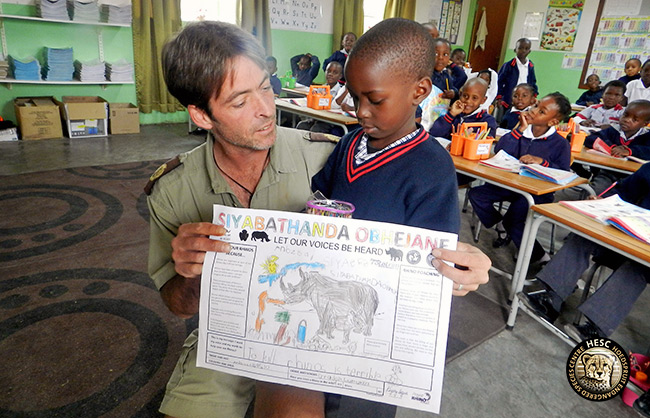 We also have to congratulate Anbzisa, our Grade 1 winner. Ruan presented him with a stationary case filled with colouring pencils.

The team also brought along some goodies donated by previous WCE participants. We were delighted to hand over clothes, blankets, food and milk. 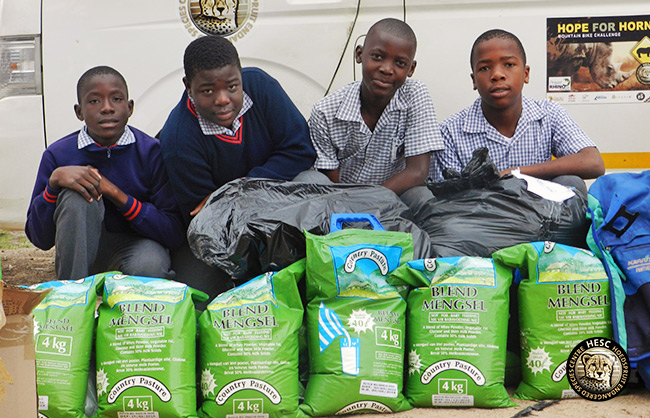