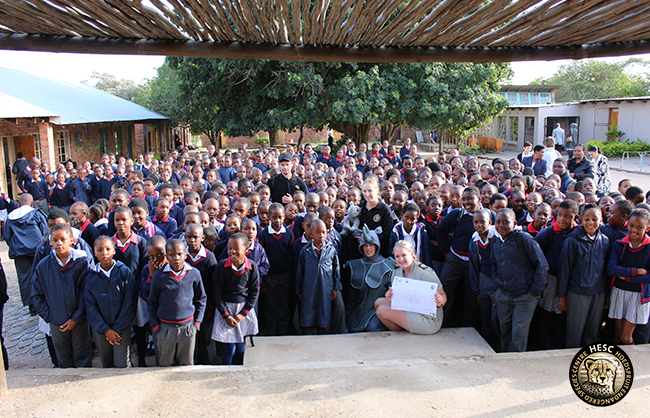 Our Wilidfe Conseration Experience (WCE) student coordinators visited Lumukisa Primary School on 7 April 2016. Their first stop was at deputy principal Thina’s office. Thina took the team through to the assembly, where she introduced them to learners.

Our Tanita spoke to the learners and informed them that their school had been chosen by HESC to collaborate with on various projects. The aim is for HESC to help make a difference at the school. 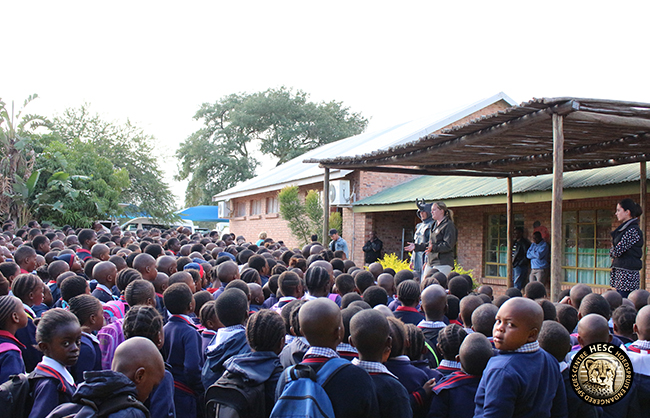 As part of this collaboration, the Top 10 students from each class will have the opportunity to visit HESC for a walking tour each term. Tanita told the learners that they should get used to the HESC student coordinators’ faces, as they intend to be a regular feature on a monthly basis. 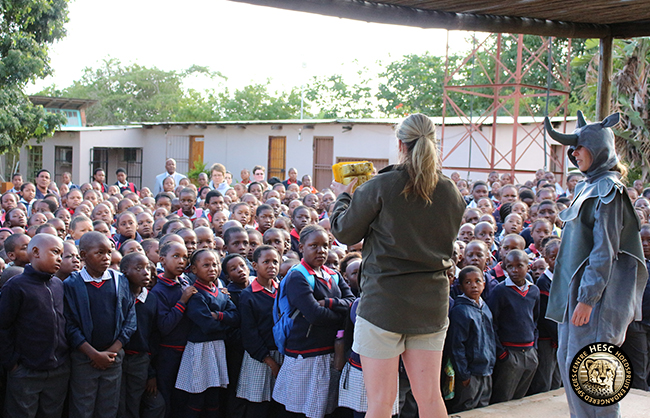 The student coordinators then handed over a donation of vegetable seeds and holders. They also introduced the Rhino Art programme to the learners and explained how it works. Rhino Art worksheets were handed out to grade 5, 6 and 7 learners, who will be participate in the initiative. The learners have been given until the end of May 2016 to complete their Rhino Art projects. 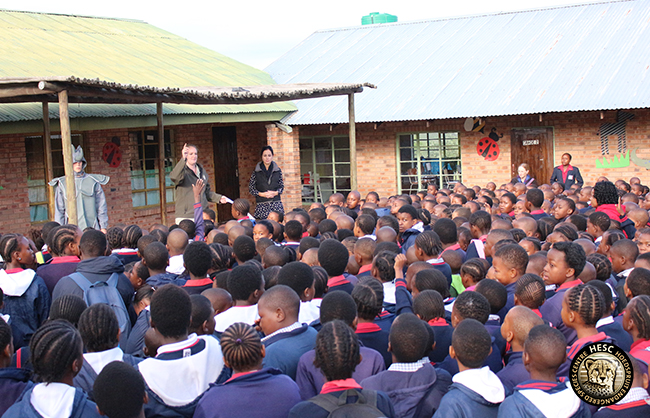 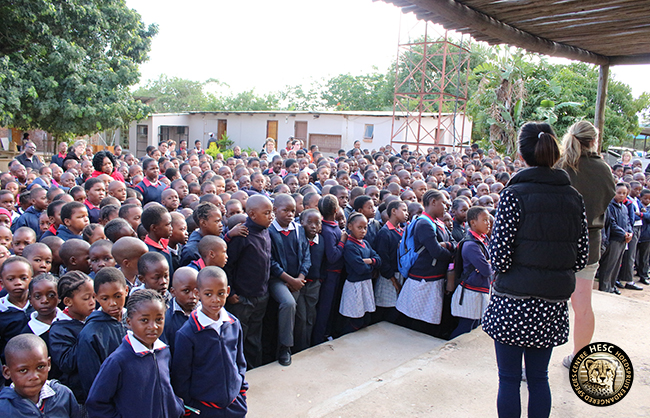 The student coordinators quizzed the learners a bit on the subject of rhino poaching. These clever youngsters seemed to know the correct answers to all the questions. This shows that these future leaders are keen on wildlife conservation. The learners were excited at the prospect of visiting HESC to see and learn more about the rhinos and other animals.

While all the other learners went back to class, the Rhino Art participants stayed behind for a quick snapshot. 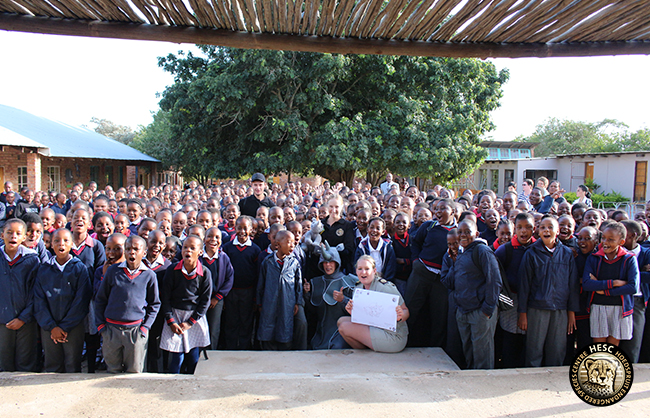