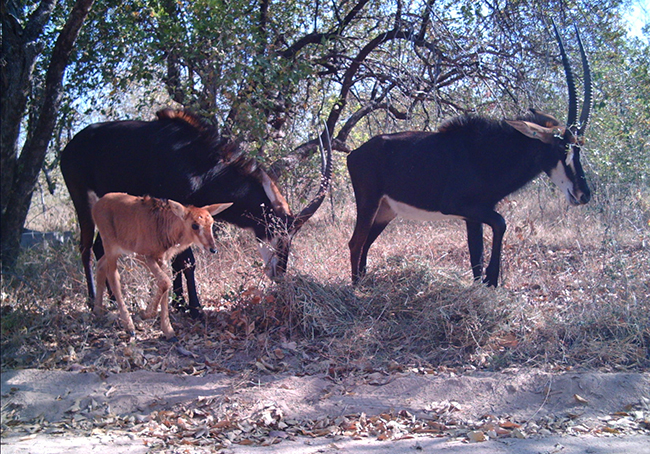 About a month and a half ago our assistant curator Licia noticed that our Sable cow had a very bloated stomach. Puzzled, she asked Nina, our vet, to take a look. It was suspected that she either had worms or that she might be PREGNANT! After close inspection, both Licia and Nina agreed that she was indeed pregnant, and that the new calf would be arriving soon!!

As the camp is very dense with thick vegetation, it wasnâ€™t easy to see whether she had given birth or not. Then, about a week ago, Licia spotted tiny tracks next to the adult sable tracks, and immediately knew that the cow had given birth. There was a new addition to the HESC family!

Sable antelope are known as â€œhidersâ€, meaning that they hide their young for the first 2 – 3 weeks after giving birth to protect them from potential predators. Not being able to actually spot the newborn, the curators decided to put up a motion sensing camera to try and get a glimpse of the calf. After a first unsuccessful attempt, they decided to put some lucerne out with the camera. 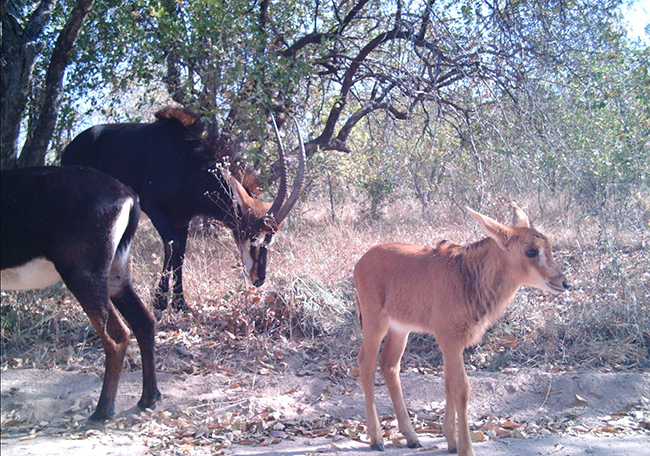 This did the trick, as we got our first photographic proof of the newborn sable calf!! From the photos we could also determine that the calf is in fact male. We believe he is going to be just as handsome a bull as his father is, and that their strong gene pool will continue for many generations to come.

We welcome the youngster to the HESC family!

Stick to your day job