A magical sunset at the HESC

The past month – including the week gone by – has been very exciting for all of us at the HESC. And we’re not even bemoaning the cold and overcast conditions we’ve experienced over the last few days, as they have provided for beautiful sunsets.

During the week, two male cheetahs from the reserve next door decided to pay the Centre a visit. The two had been here this past week already and we are starting to wonder whether they like the Centre as much as our own Cheetahs do!

On Wednesday Karen and JeanrÃ© – our student co-ordinators – hurriedly phoned us after hearing squeaks, squeals and grunts just behind the student camp, Nungu. Much to their surprise (and ours), the two males had caught a young waterbuck and spent a good part of the afternoon devouring it at their leisure. 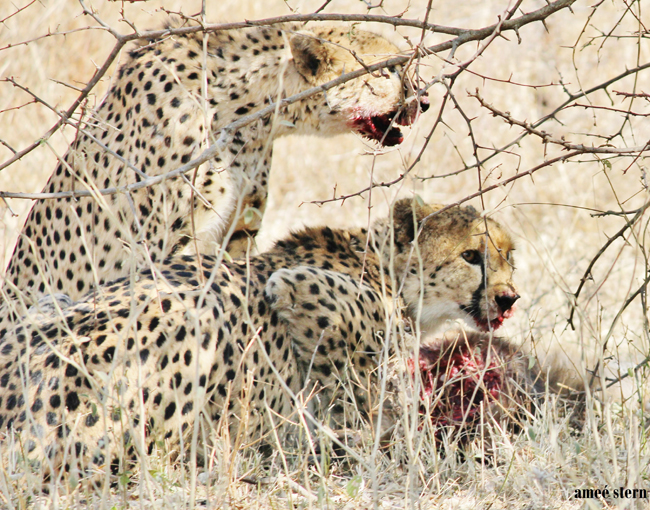 Male cheetahs with their kill 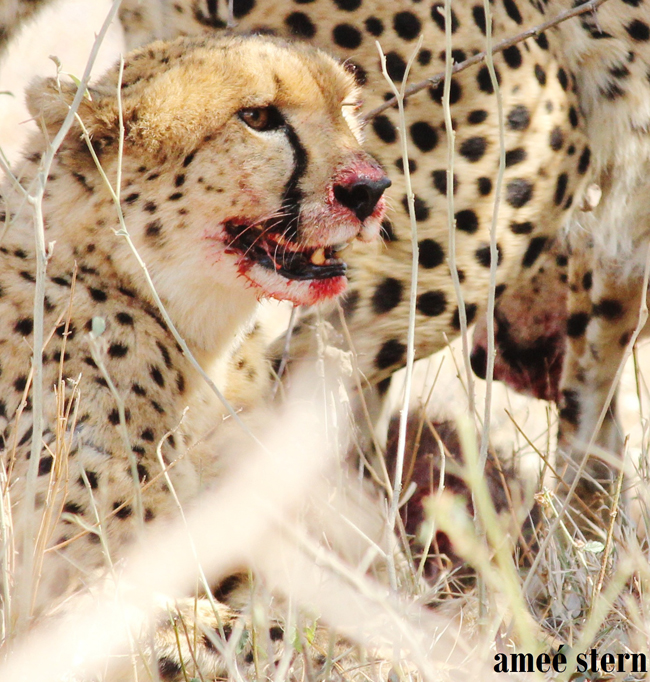 Gretha, the manager at the HESC had an entertaining sighting of her own at the beginning of the month, while driving through the Centre. She came across the Wild Dogs and our young cheetahs in the â€˜deurry kampâ€™ having a little fun. They say that “a picture speaks a thousand words’…no explanation needed for this one! 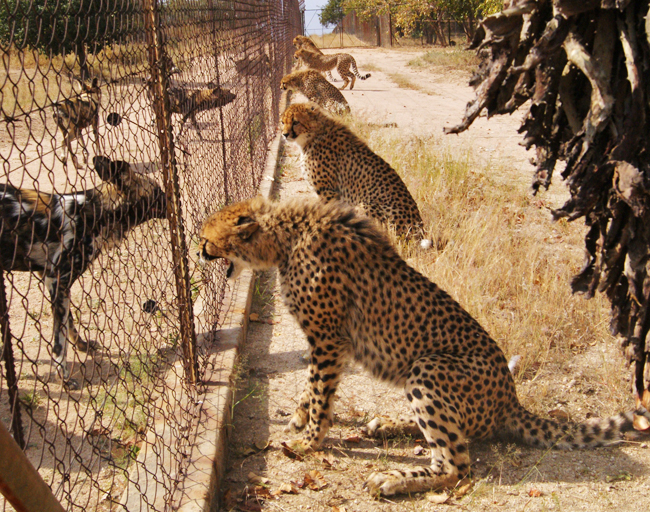 The weekend was busy with Youth Day on Saturday, and Father’s Day on Sunday and we welcomed many visitors to the Centre. We even had a pretty little visitor come and say hello. The Scarlet-chested Sunbird spent a good few minutes flying around the aloes outside our offices, enjoying the nectar from the plants. 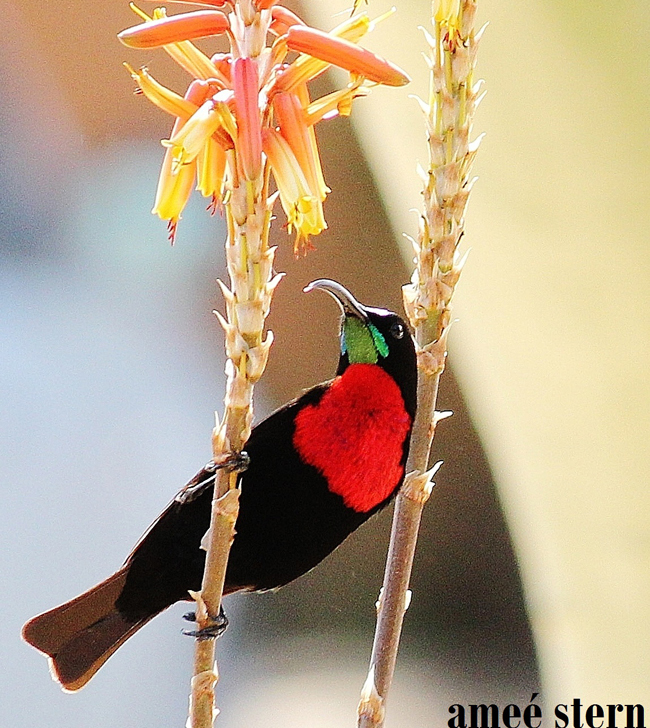 That’s it for now folks,
The HESC TeamÂ