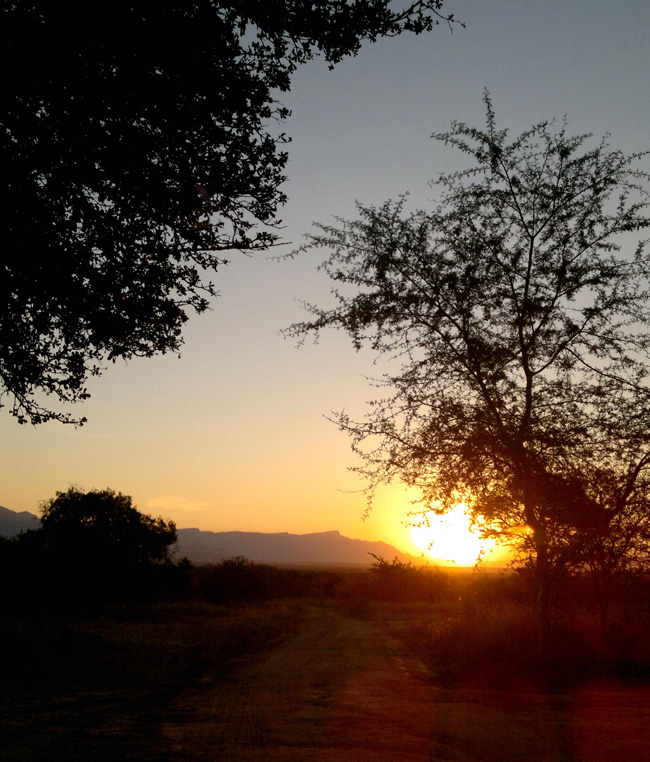 A glorious sunset over the Drakensberg Mountains

We can definitely feel that winter is on the way, with warm to hot days and cool to cold nights now setting in on us. We’ve had some beautiful sunsets again behind the Drakensberg Mountains that lie in front of the Centre.

UPDATE ON THE ANIMALS

The animals are all doing well.Â The two Leopard Tortoises are now going into hibernation as we move towards winter. It is of great importance that everyone knows NOT to pick up any tortoises during the next 3 – 4 months, as being disturbed may cause them to empty their bursa in defense, and this could lead to dehydration. A tortoises’ bursa is a sack where water is stored, and they build up a water supply to carry them through the winter months. If they were to empty this sack it would be quite detrimental to their wellbeing.

On the cheetah front, Tiaan has been exercising with the Lure Machine. 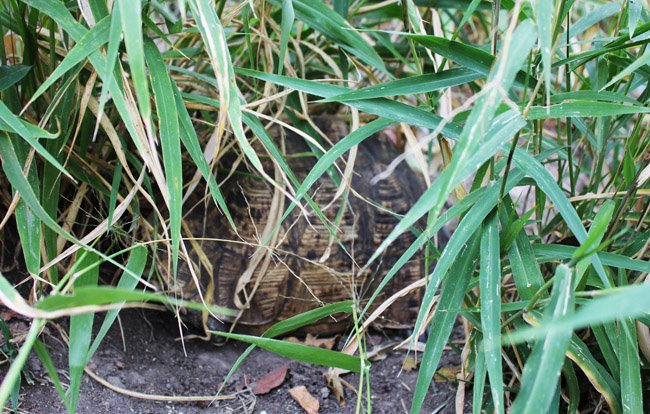 NEW BABIES
The month of May has seen the birth of seventeen cubs from five of our cheetah females.

The live broadcast of the birth of Salome’s cubs on Africam drew much excitement! 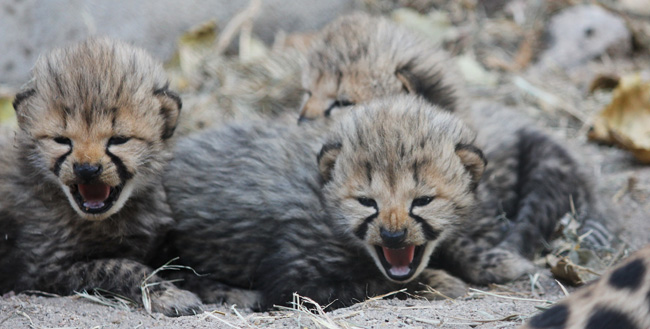 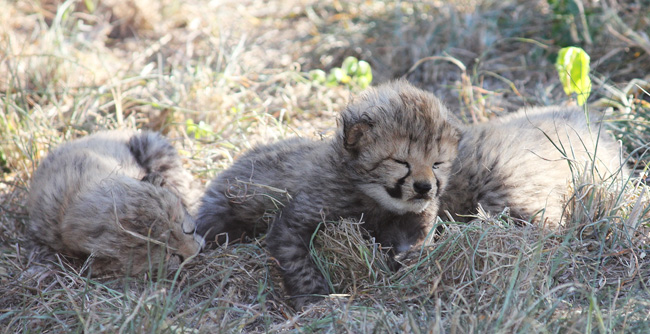 INTERESTING VISITORS
We have had plenty of visitors to the Centre, including some uninvited guests! Seen here is Field Guide, Jason Hefferman, with a juvenile “Boomslang” (Afrikaans for “Tree Snake”) that was caught close to the office. Luckily for us, and the snake, there weren’t too many people around at the time. Boomslang are one of the most venomous snakes in Africa. Living in savannah, grassland and woodland areas, they are generally found in shrubs or trees. It is not advisable to pick up or handle snakes, especially if you’re unable to identify them. Rather have a qualified person remove the reptile to an area of safety. 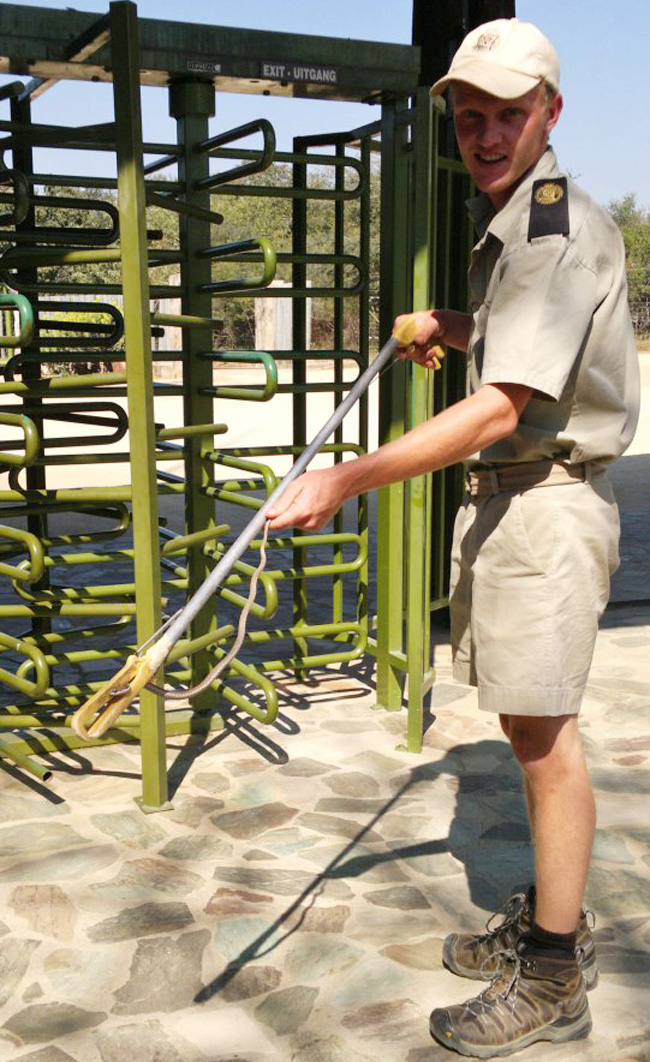 Whilst at the Cheetah enclosure we were explaining to the learners the importance of keeping quiet when walking past or standing and watching the animals. The one little boy promptly put his hands on his hips and confidently stated that if his class mates did not keep quiet, the cheetah would definitely come out and bite them on the bum!

GAME DRIVES
Game Drives have gone out in full swing this month and guests and guides have both thoroughly enjoyed all sightings. Sightings have included a pride of seven lions, lazily lying around sleeping, as well as all plains game such as giraffe, buffalo, zebra, impala and many more. 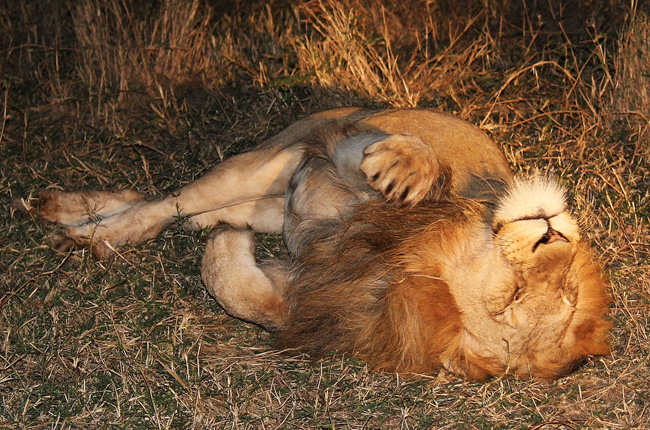 A contented lion enjoying the sunshine 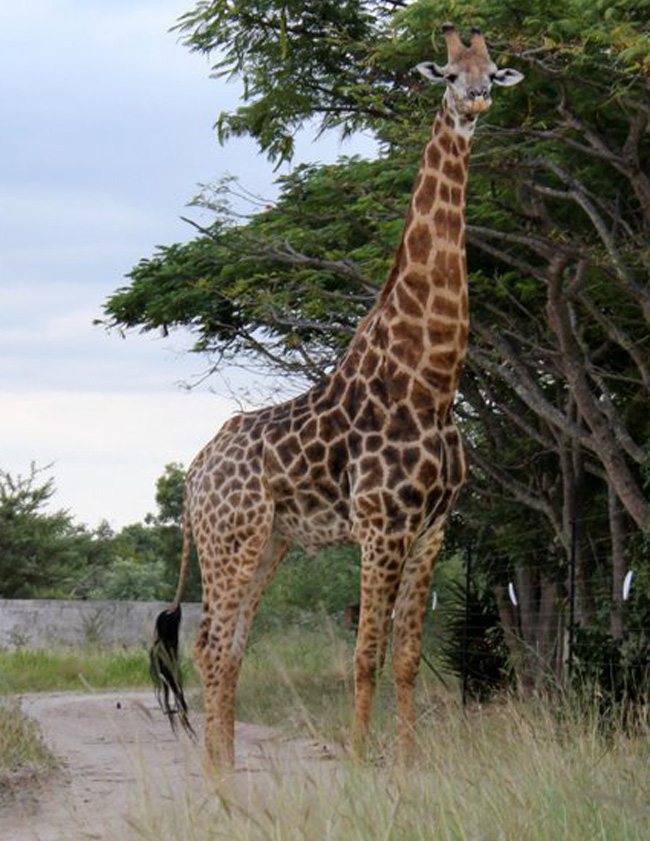 Giraffe seen on a game drive

That’s it for now, folks!

We give thanks for our support over December 2015

Update on Philippa’s the rhino’s treatment