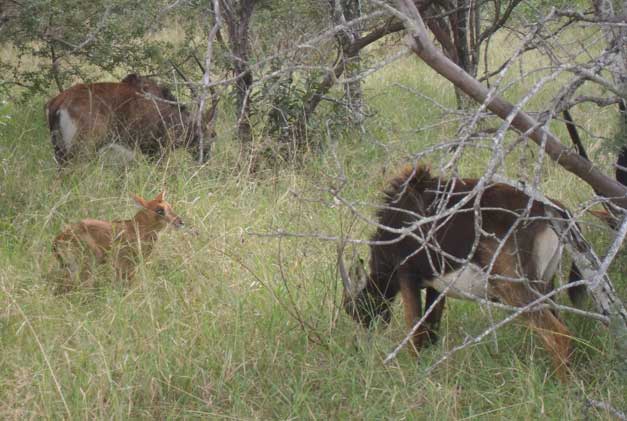 It’s been a really busy time at the Centre, which is why we didn’t post an update last week. Busy is good though, as it keeps the coffers filling up and us out of mischief. Die Beeld (Afrikaans newspaper) paid us a visit to get a “behind the scenes” look at what we do at HESC. They left looking suitably impressed. Contrary to what we said two weeks ago about winter being around the corner, temperatures have reached well into the thirties and summer is showing no sign of leaving anytime soon. Still no rain though.

Whenever we make a statement about the Wild dogs, they seem to make it their mission to get the guests to doubt us. Although we have learnt some important lessons in the process.

Guide: “Only the alpha male and female in a pack are allowed to mate and breed.”

This will be followed by a guest pointing out two of the pack dogs mating behind the vehicle.

Lesson learned: There is only one rule in nature and that is: There are NO rules!

Guide: “Wild dogs urinate and defecate on each other as a means of marking their territory.”  Pause for a quick breath. During which time a guest will notice the alpha male and female urinating and defecating on the grass next to the vehicle. The guide will then quickly add that it is common practice for the alpha male and female to mark the territorial boundaries, but by then the guide has lost all credibility with the guests and anything else they say will not be taken seriously.

* The above is merely a humorous look at our encounters with these fascinating animals. Click here for a more comprehensive look at their habits and social structure.

We’ve suspected for a few months now that our Sable cow might be pregnant, and earlier this week we saw her calf for the first time. The little guy (or girl, we’re not sure yet) is about a week old, and looks adorable standing next to its older brother. 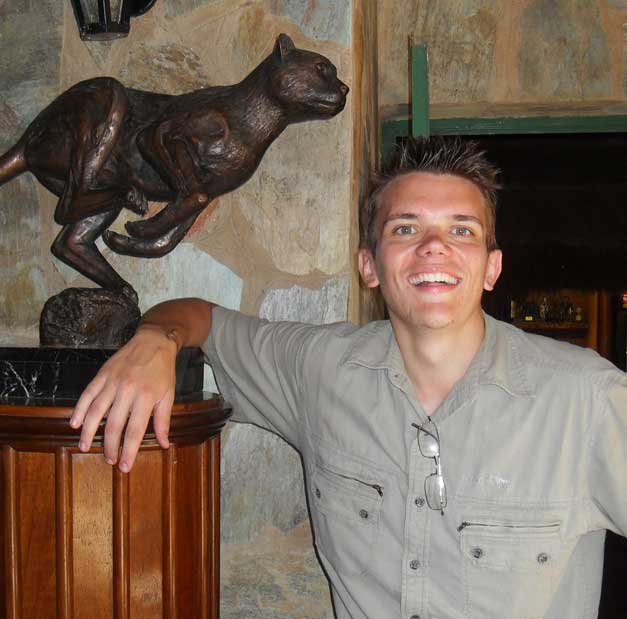 We bid a fond farewell to our assistant curator, Marilize von Berg will be leaving us shortly in search of greener pastures. We wish her everything of the best in her future endeavours.

But to tip the scale back again, we welcome new guide Bertus Potgieter to our family. We hope that he will be happy and successful here at HESC. At least we know the Wild dogs will be keeping him on his toes!

Compliment of the week

After an educational walk led by Jaco Steenkamp and Bertus Potgieter, a Canadian student commented, “The guides are even better than Animal Planet!” Kudos to Jaco and Bertus on a job well done! 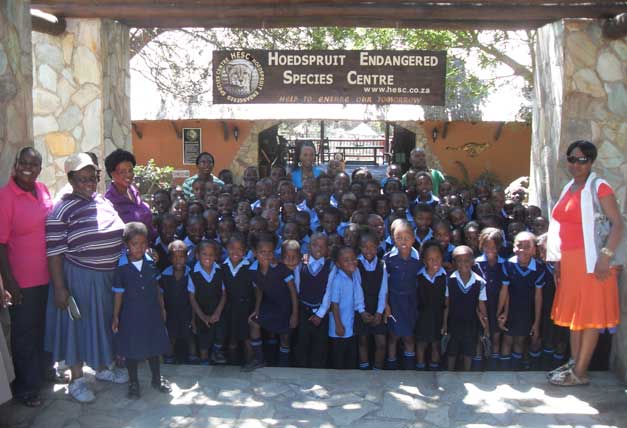 209 Learners from the Boihutso Primary School visited the Centre

We’ve had four school visits this week. It’s great to see the younger generation showing such an interest in conservation.

What’s Koos been up to?

Other than keeping everyone entertained with his humorous antics, we have little to report on our resident African Grey. OurÂ  garden behind the Curio Shop – which is Koos’ ‘hood – got a bit of a make-over recently. Using the cement that PPC CementÂ donated, we created a lovely spot for guests and staff members to relax in.