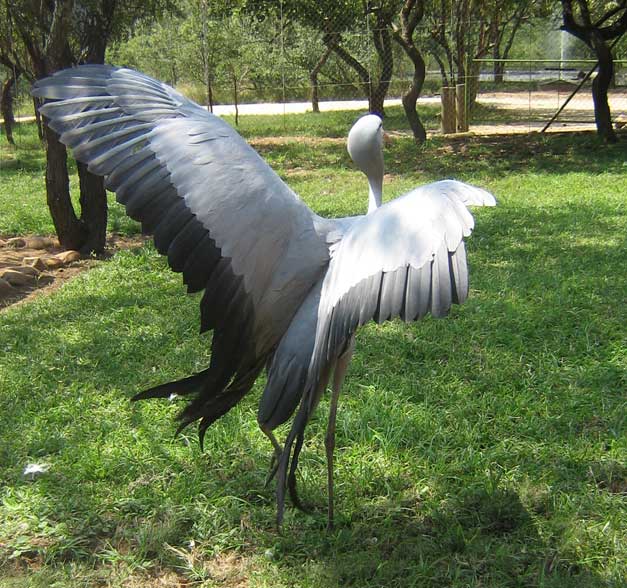 One of the new Blue cranes

It’s been a fun and exciting week at the Centre. We’ve had new arrivals in the form of people and animals. Koos is up to his old acrobatics again. And we enjoyed a good bout of rain and lightning storms, which resulted in cooler (at least by our standards ) temperaturein the high twenties and low thirties.

New kids on the block

We are very pleased to announce the arrival of our two new Blue Cranes. After much deliberation we finally decided to bring the two females – Pikkie and Layta – to live at the Centre. They live in the camp right across from the Deli area, where they keep guests thoroughly entertained with their beautiful calls and displays. We’re extremely relieved that Michael (who lives next door to Pikkie and Layta) hasn’t shown any interest in these majestic birds.

Mrs Roode has been very successful in breeding with South Africa’s national bird. After starting with just two breeding pairs, she currently has 16 birds at her home on the Kapama Game Reserve. It’s no easy task raising Blue Crane chicks, but Mrs Roode’s passion and dedication for these birds has seen another three grow into healthy adults in the last year. Hopefully we’ll be able to exchange one of our new females with a male, so that we can  have a breeding pair at the Centre as well.

Unlike the other animals that are confined to their various camps, our two new surrogate sheep are free to roam wherever they like in the Centre. But it seems they prefer to hang out in the orphanage boma area. The furtherest they’ve ventured beyond this area is to the gate, which they lie against and watch the world go by.

Last week we mentioned the arrival of our new sable calf. Well that was the first and last time we saw the little guy, as his mother is doing a really good job of keeping him hidden. The herd was grazing near our parking area yesterday, and if it wasn’t for the fact that her stomach no longer looked like a barrel we would never have guessed that she’d given birth already. The guides can’t even brag about our newborn, because his clever mother outwits us constantly. 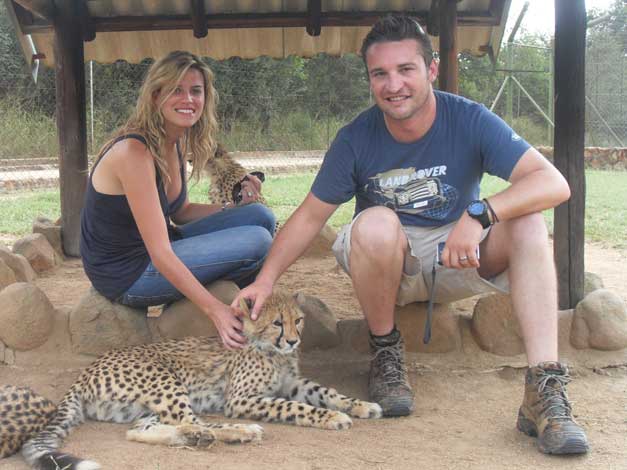 Adam and Karen with the cheetah cubs

Singer Adam Tas and his wife Karen paid HESC a visit recently. They were absolutely thrilled at the opportunity to interact with our four cheetah cubs.

A seven year old saw our two male king cheetahs and asked, “Now let’s say you have a female, will she be a queen cheetah?”

The school holidays are upon us. This is definitely a time that many pupils look forward to, but unfortunately for us it means no school visits for a while. We miss the kids, but at least we have time to prepare something special for them after the holidays.

What’s Koos been up to 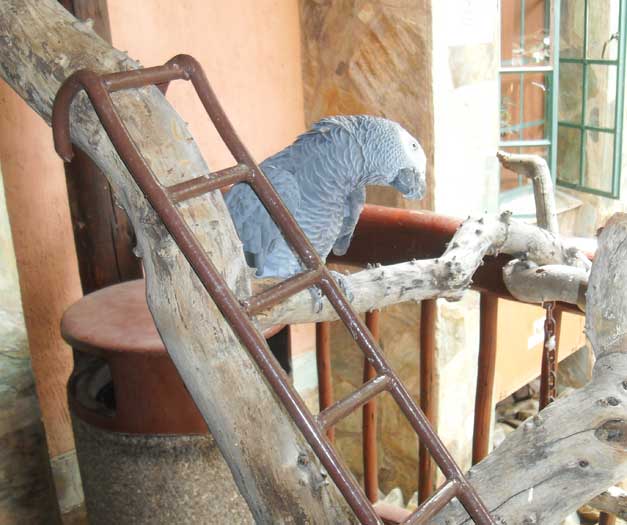 Koos back on his trusty jungle-gym

A while ago we told you how Koos had taken to “attacking” the cabinet his cage sits on. His habit of hanging upside-down on the cage door in order to get at the cabinetÂ  was quite something to watch. Unfortunately Koos broke his leg swinging on the wooden jungle gym next to his cage, and for a while he was very fearful of this structure. But this week our cheeky African Grey finally overcame his fear and climbed back on the “horse”.Â  We’re all very pleased to see him back in his favourite position, surveying his surroundings. 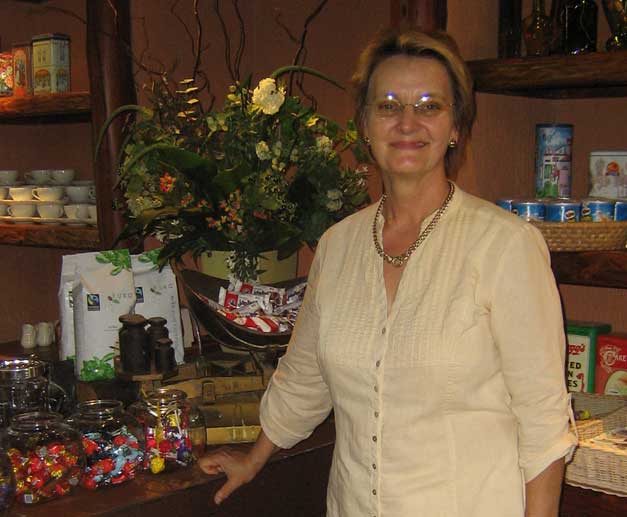 Elsie Rosslee at the Deli

We bid a fond farewell to Elize Gildenhuys who did a wonderful job of running the Deli at the Centre. Elize has decided to spend more time with her family and other tea gardens, of which she has a few in the surrounding Hoedspruit area. Elsie Rosslee will be taking over as manager of the Deli. Elsie owned Matumi Lodge for 20 years, and we believe with her expertise she is sure to make a success of her new venture.