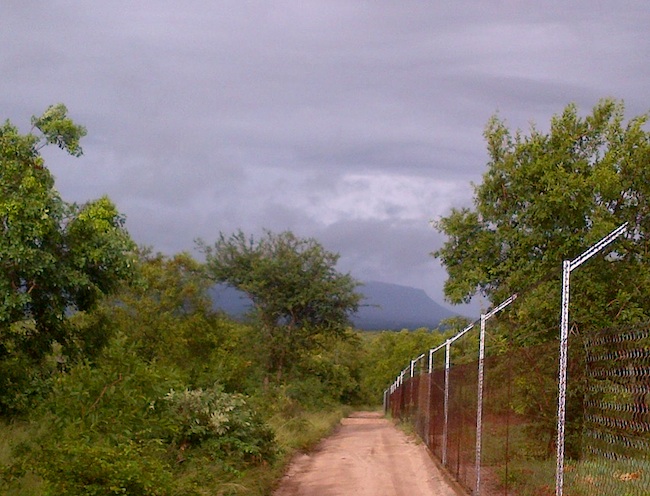 Just before the rain came

A belated happy New Year from all of us at HESC. We’d like to thank everyone that supported the Centre during 2011, and wish you all a wonderful year filled with treasured memories.

The year got off to a rather soggy start when some much needed rain overstayed its welcome, resulting in devastating floods. But we’re pleased to announce that apart from damaged roads and leaky roofs, we all survived the ordeal unscathed. For those of you didn’t stay abreast of the goings-on via our Facebook page, we’ll be posting an update on what happened soon. 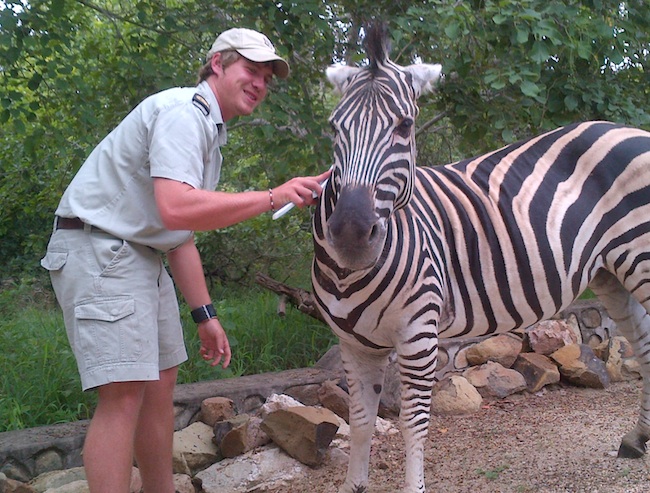 We had an influx of guests at the Centre during the December holidays. This meant that all the staff members were kept very busy with their respective tasks, leaving precious little time for our beloved zebra. Not one to stand on ceremony, Zita decided to take matters into her own hands by demanding the attention she felt she rightly deserved.

As we came back from a tour one morning we noticed Zita and her sidekick, Sheep, relaxing in their usual place under the thatched roof where we park the vehicles. A sheep raised Zita, so to her mind she’s short and wooly just like her “mom” was. She’s not always as easygoing however, and is prone to mood swings and willful displays whenever she feels we’re not paying her enough attention.

We pulled up under the thatch roof and our guests proceeded to climb off the vehicle. After the tour of the Centre we usually take the visitors to meet Michael, our rare king cheetah.  Knowing what Zita is like, we always carry stick to keep her at bay should the need arise.

Unfortunately on this occasion the stick did nothing to deter our attention-starved zebra, who took it upon herself to playfully ambush the unsuspecting guests. This would have been fine if she were about 150kg lighter, but given her formidable stature all she succeeded in doing was intimidating everyone. One man got such a fright that he actually launched himself onto the safari vehicle’s bonnet! Luckily our visitor’s all saw the funny side of the situation (even the guy who ended up on top of the vehicle), so everyone just had a good laugh at our crazy, yet sweet zebra, Zita. 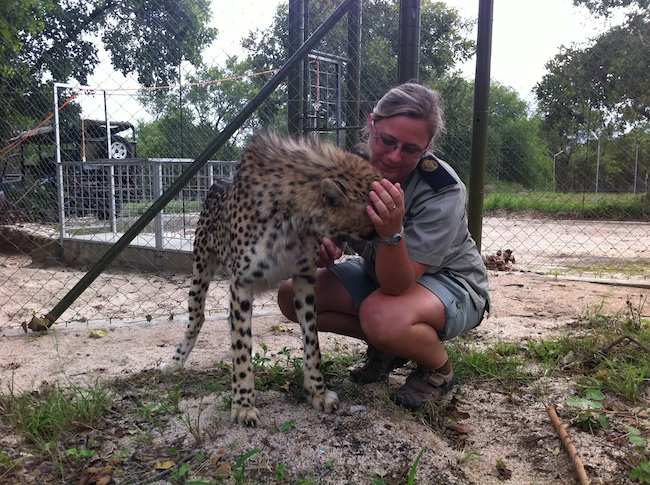 A big thanks to Zander de Vries and Christoff van der Schyff for helping out at HESC during the December holidays. They’ve both since returned to university to continue with their studies and we wish them everything of the best for the year ahead.

We’d also like to extend a warm welcome to our new guide, Nadia Bester, who joined the team inÂ December after completing her diploma in Game Ranging & Lodge Management at Damelin. We know that she will have a wonderful time with us.

ESCAPE OF THE FURRY FOUR

On the 4th of December Wiann, one of HESC’s guides, was busy washing his vehicle behind the hospital when he noticed Chessy the sheep running faster then a Ferrari F350. This behaviour was very untoward, as Chessy prefers to laze about rather than exert herself, so Wiann decided to find out what had spooked her. Much to his amazement he saw not one, but four lions!

Not that easily flustered, Wiann calmly wandered into the office, waited patiently for the curators to finish their conversation with the manager (which took a couple of minutes), and then asked Christo, our Head Curator, if the lions were supposed to be in bufferzone.

“No, why?” – replied Christo with a worried look.

Of course everybody in the office immediately traipsed off to bufferzone to see if HESC’s resident clown was playing the fool again. But as it turned out, this was one time that Wiann wasn’t the little boy who cried wolf!

The four lions that live in one of the camps right next to bufferzone had done a Houdini on us. Thanks to the “death wish” warthogs that had broken into their camp, they subsequently found themselves with a way out. Like any normal two-year-olds, our gang of four is a nosey bunch, and wasted no time climbing through to the bufferzone to explore. Don’t worry; there weren’t any animals in that area.

Our big playful cats thought it was Christmas all over again, as everything was new to them…even a hosepipe. One of the males got into a tug-of-war with Christo, Wiann and Zander, and you can guess who won that round. Because all this took place on a Sunday, it made finding someone to come and dart the lions so we could move them to a secure enclosure challenging. We eventually managed though, and before long all four were sleeping soundly. We then put them to bed in our quarantine camps, where they will remain until such time that we have made their camp “Houdini” proof.

The naughty four were understandably grumpy when they woke up, throwing us reproachful glances to drive home the point. But as soon as we gave them each a nice piece of meat they reverted to their happy selves again. 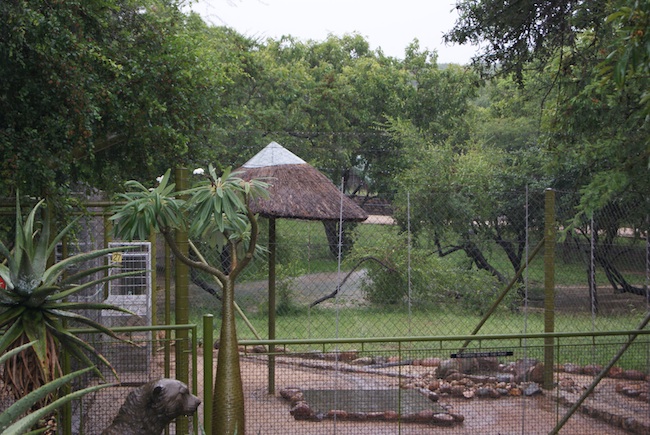 Appreciate every day and all that you have. If you look at Pikkie’s home, you’ll see that she’s very lucky to still be living in it. She actually had a river flowing right through her camp.

Update on Caesar after Sarah's passing