The southern white rhinoceros is an impressive animal and one of only five rhinoceros species that still exists. The name rhinoceros meaning ‘nose horn’, from Greek ‘rhino’ (nose) and ‘ceros’ (horn), is commonly abbreviated to ‘rhino’. With its distinctive appearance characterised by the two horns on the face, one can easily imagine this iconic beauty being a relic of the past that escaped from Jurassic Park! Rhinos once roamed throughout Europe and Asia and were particularly widespread across Africa’s savannahs, but today, few survive outside protected areas. All five species are threatened, primarily due to poaching.

Two species of rhinos occur in South Africa, the white, or square-lipped, rhinoceros (Ceratotherium simum) (witrenoster in Afrikaans), and the black, or hook-lipped rhinoceros, (Diceros bicornis). 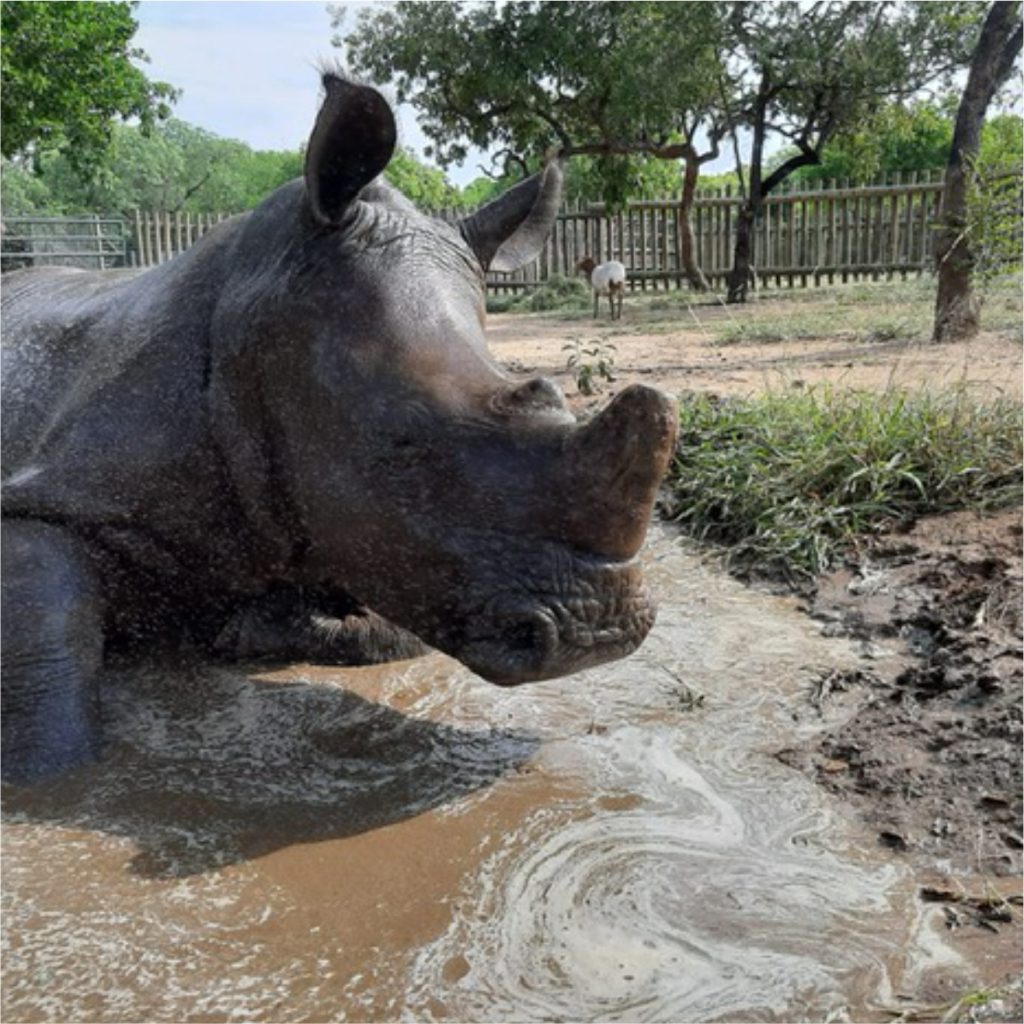 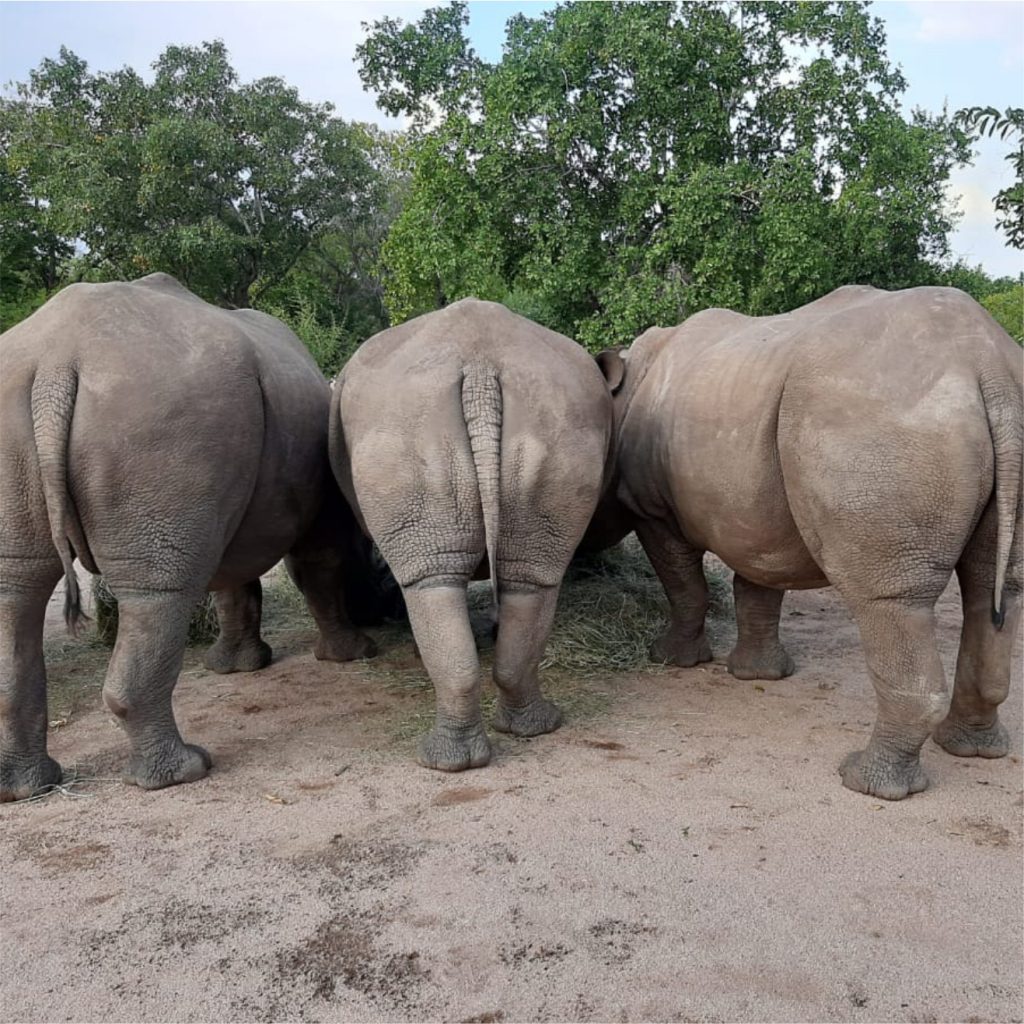 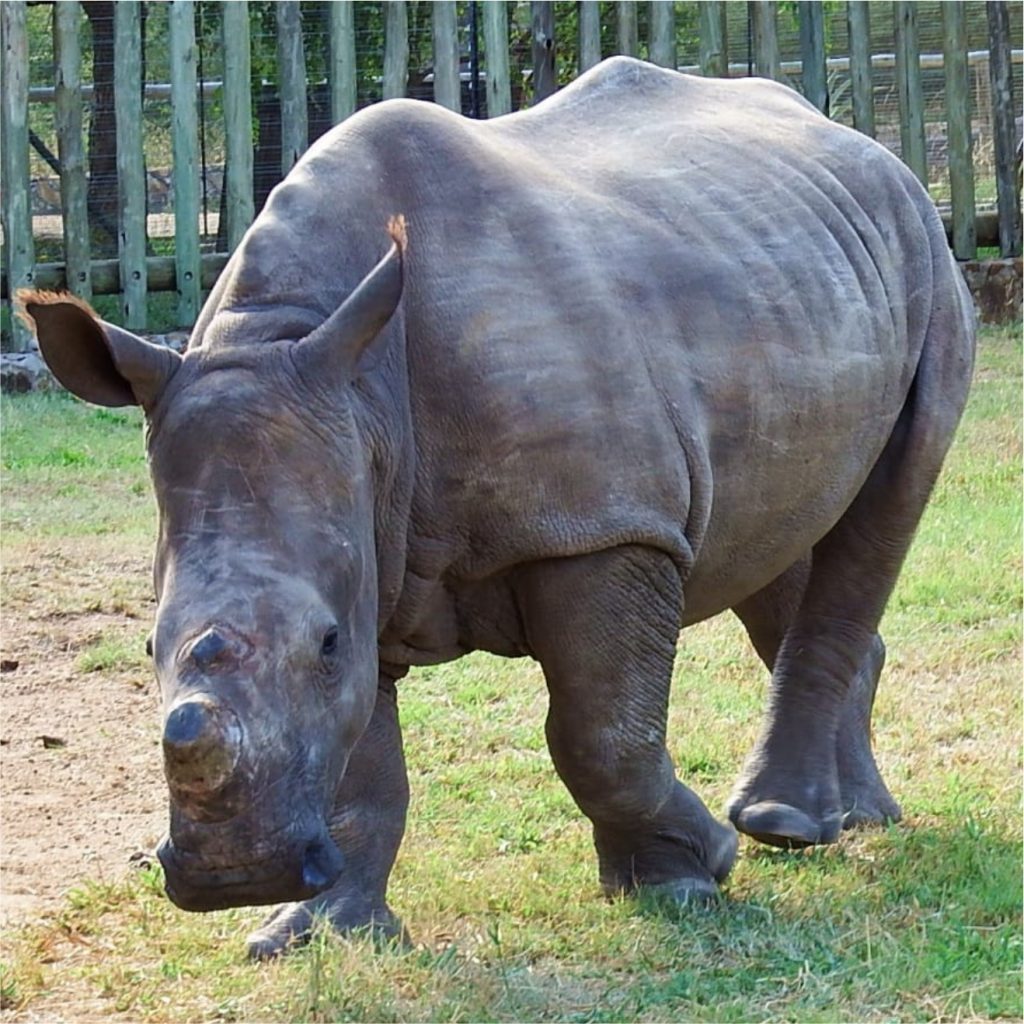