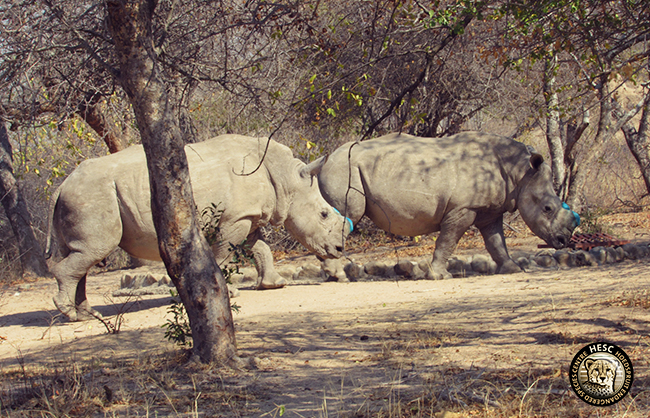 Ivan Garcia and Cláudia Santos, both from Portugal, had the opportunity to witness the rhino dehorning procedure as part of the Wildlife Conservation Experience (WCE) programme.  This is what they had to say about the experience:

The WCE programme at HESC gave me one of the best memories of my life. I got to be up close and personal to white rhinos (Ceratotherium simum) and helped to take care of them. 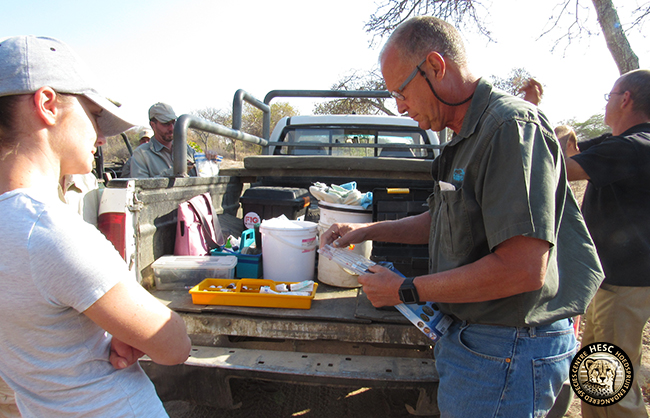 This impressive and somewhat intimidating animal has earned my full admiration and is my number one favourite African animal. White rhinos are the second largest land mammals on earth and at first glance one might think that this animal is all about brute force.  However, seeing how the young rhinos interacted with each other and the curators at HESC, and listening to the sounds they make to communicate made me re-evaluate my perception. 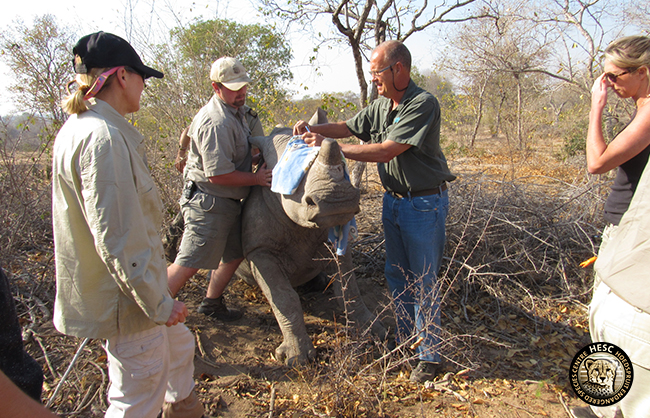 Rhino poaching has led to the massacre and drastic reduction of this and other rhino species (i.e. Black rhino; northern white rhino). It might seem ironic, but one of the ways to prevent poaching is, sadly, dehorning rhinos.

During my stay in South Africa I had the opportunity to observe dehorning procedures on three young rhinos. From the sedation to the cutting of the horn and finally, the rhino being revived, everything I have to admit impressed me. Although we were assured by the veterinarian that it was a painless procedure for the animal, it was still quite sad to see them subjected to such a stressful procedure and even sadder to think about the reasons why it has to be done. While the sedated rhino was being dehorned, we observed how stressed its sibling was, running around the area and making desperate calling sounds. Fortunately all went well and the dehorned rhinos were soon on their feet and back together. 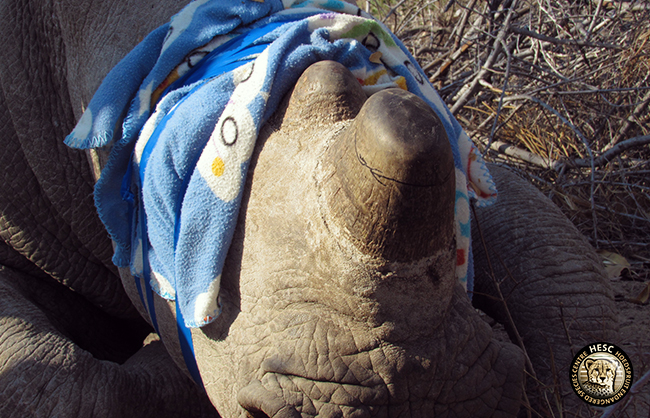 It was remarkable to see how just a few people can make such a huge effort to preserve one of the most beautiful animals on this planet. As part of this programme, I feel privileged to have helped in making a difference and at the same time enjoyed an incredible adventure and learned so much about African wildlife and the bushveld.

On August 28th, as part of the WCE programme I watched the dehorning of three young white rhinos at HESC; first Matimba (21 months of age), then Gertjie (34 months) and finally Stompie (18 months).

As a veterinary student and from an academic point of view, this was amazing to experience. From the darting, handling, actual dehorning (cutting above the growth plate so that the horn can grow again), and reversal of the anaesthetics to the quick recovery of the animal. The rhinos were treated with utmost respect and care. During the procedure there was a constant concern for their wellbeing, always monitoring the vitals, time of anaesthesia (no more than 10 minutes), prevention of infections (by giving antibiotics) and other diseases (vaccination). 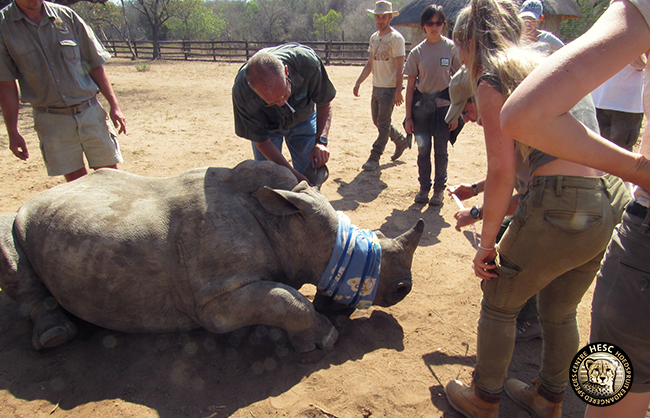 This was great work done by HESC and Dr. Rodgers and I feel very grateful to have been afforded the opportunity to participate and contribute towards the protection of these little rhinos that I was lucky enough to meet. 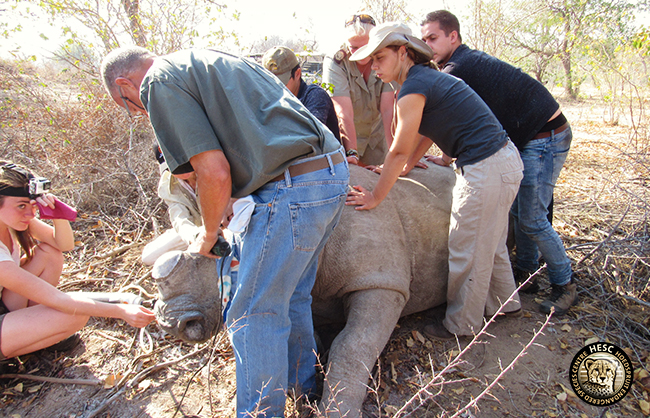 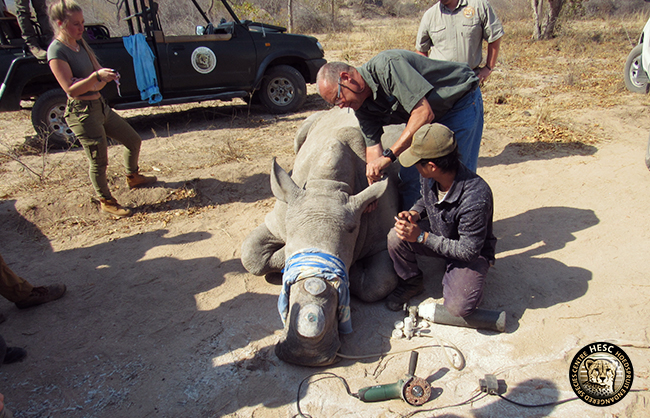