As a CITES-registered breeding centre of cheetahs, we aim to increase knowledge of the breeding, prevention of disease and nutritional requirements of cheetahs in captive conditions and work with scientists and recognised experts in the field to achieve this. Our commitment to research is reflected in the number of scientific publications in internationally accredited journals. To date, more than 30 such articles have been published.

The role of captive-breeding facilities in conservation is recognised internationally and endorsed by the International Union for Conservation of Nature (IUCN) and the World Wide Fund for Nature (WWF). Known examples of the re-introduction into the wild and re-establishment of a species that declined in numbers to the level of extinction provides good reason for sustaining such facilities, provided it is done according to international norms and standards, and for the benefit of conserving free-ranging species that are endangered and close to extinction.

Releasing animals back into approved protected areas in the wild is an important aspect of our conservation programmes for particularly cheetahs and rhinos, but also for the various other species rehabilitated or treated at our Centre.

Whether an animal is captive bred, brought to us as a problem animal (that has killed or has the potential to kill livestock) or brought by nature conservation authorities after being found without a permit and in unsuitable conditions, the goal is to re-establish it in the wild in its natural habitat. While we do this regularly and because we believe it is the right thing to do, such releases are often emotional events for our staff who bond closely with animals that can spend up to five years with us while being rehabilitated. Besides cheetahs and rhinos, many a wild dog, civet, caracal, genet, bush pig, white-tailed mongoose and even birds such as southern ground hornbills now roam free again after their sojourn with us.

Our ethos remains: set them free where they belong.

The release of cheetahs forms an important aspect of our conservation programmes and entails selectively releasing captive-bred cheetahs to boost the numbers and enhance the genetic diversity of the limited number of free-ranging members of the species in southern Africa.

Our cheetahs are highly acclaimed for their pure bloodlines and have been released in reserves throughout southern Africa. We believe in releasing when the cheetahs reach sexual maturity and in our experience this occurs roughly at age 3 to 4 years. However, they can also be released earlier, particularly when there is a long rewilding period. We release in suitable reserves only if we are confident that they will thrive and not fall prey to poachers.

Cheetahs earmarked for release go through a process of adjustment or ‘rewilding’ that could take many months. During this period, a cheetah is transferred to an enclosed area that has a suitable prey base and is free of predators. The animal is initially provided with meat, such as impala carcasses, which is later reduced to encourage it to hunt naturally. The cheetah is closely monitored during this time and only when it hunts successfully, is it released, first into a larger area, still without large predators, and finally into the reserve to coexist with all other animals.

Lente Roode says numerous successful releases of captive-bred cheetahs into the wild dispel the myth that cheetahs born and raised in captivity cannot sustain themselves in the presence of other predators in the wild. However, the ability to survive in the wild and in the presence of other predators is very much an individual ability. Some do so more successfully than others and, as in the wild, there is always the possibility that such a cheetah may fall prey to a larger predator.

Because female cheetahs are solitary creatures by nature, they are often released singly, while males are frequently released in groups or coalitions.

We have had the privilege of rehabilitating 13 rhinos of which we have released ten back into the wild. To rehabilitate such iconic animals that mostly come to us in a pitiful state and close to death is hugely gratifying. The idea that poachers can cruelly inflict such pain and misery on any living creature goes way beyond human understanding.

Because of the alarming escalation of poaching in South Africa, we have various anti-poaching initiatives in place to ensure the safety of the animals in our care. These include:

The partnership and collaboration with the Black Mamba Anti-Poaching Unit since September 2018 is an important cog in our security system. Three members of this all-female anti-poaching unit work shifts at HESC each day. The ladies patrol on foot working hand in hand with HESC’s well trained K9 unit. The Black Mamba Unit, established in 2013, also operates in the Greater Kruger National Park and other reserves in Limpopo.

Our HESC Anti-poaching Unit conducts programmes in local communities, schools and at holiday resorts to promote the cause of conservation with the objective of dissuading participation in poaching activities. Our message is that the benefits of conservation are far greater than those of cruelly killing animals. 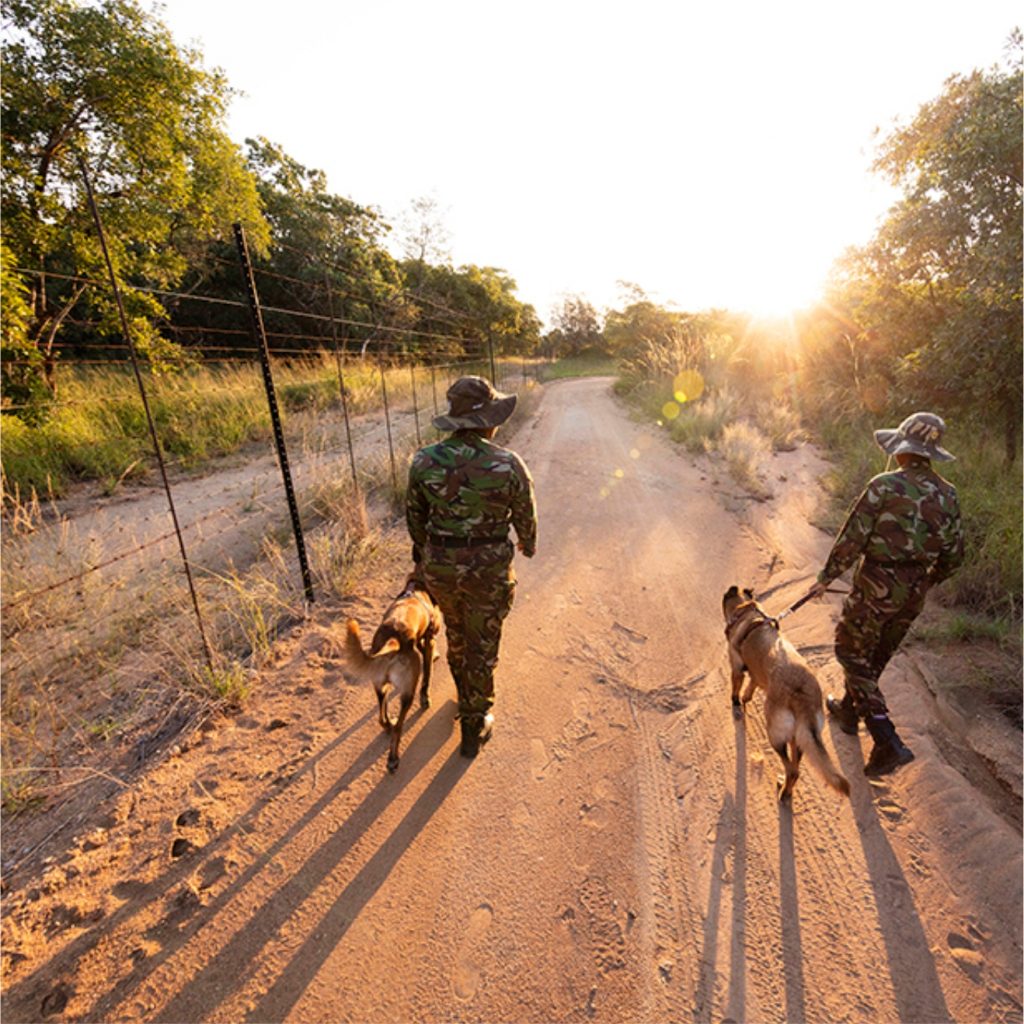 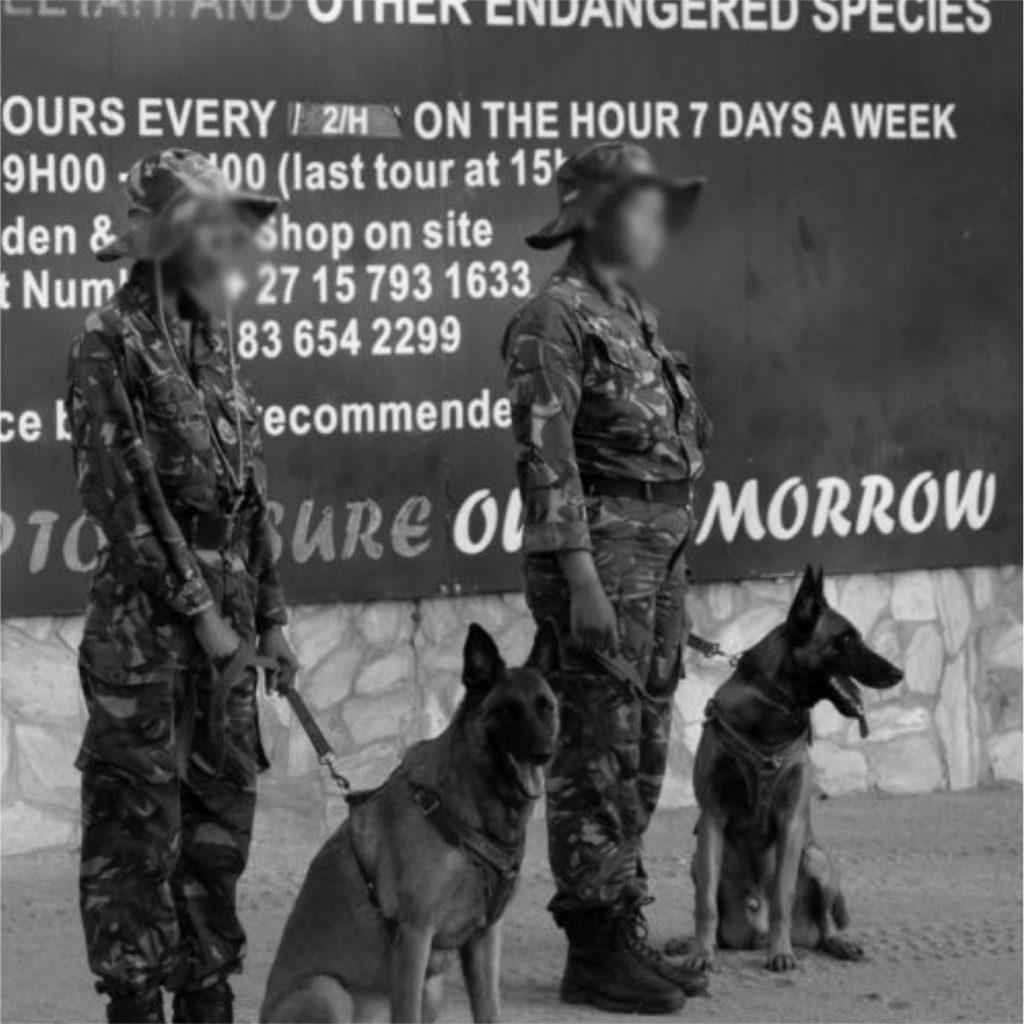 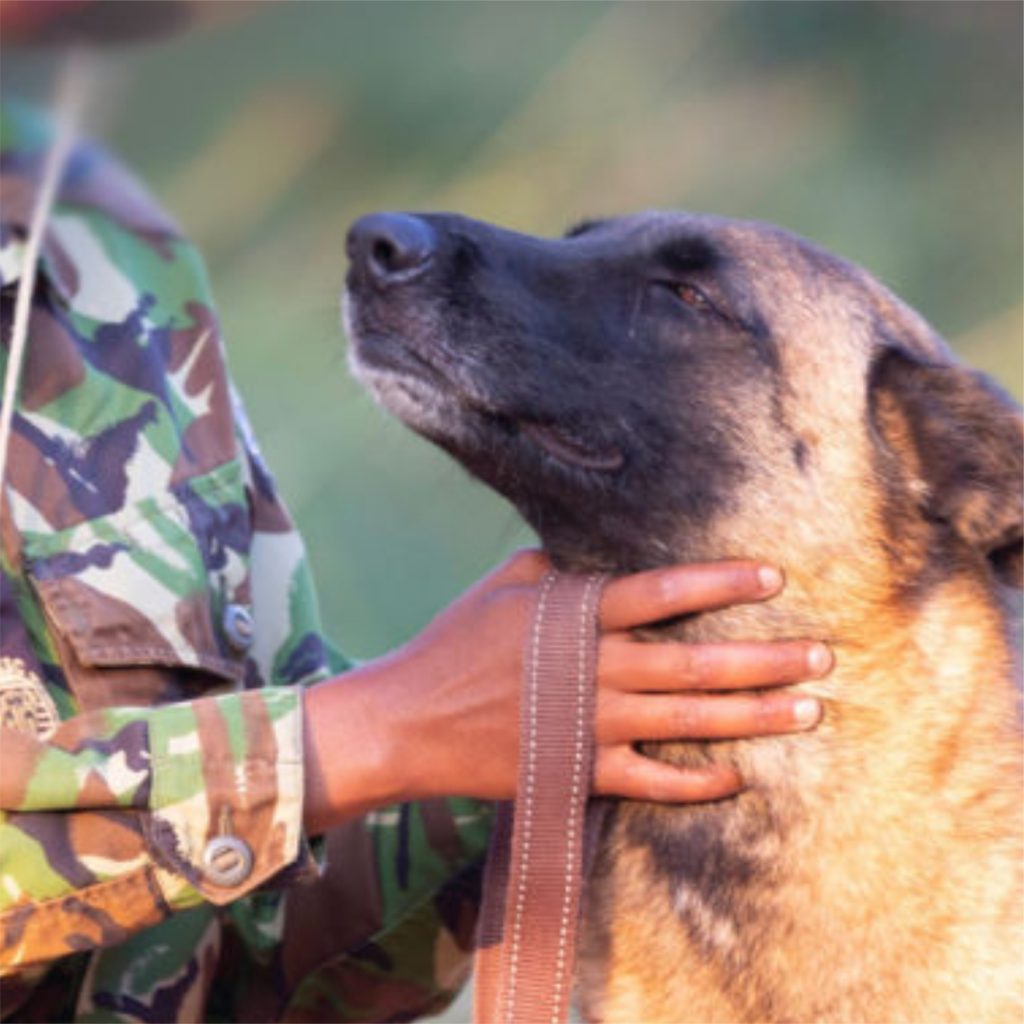 The role of captive-breeding facilities in conservation is recognised internationally and endorsed by the International Union for Conservation of Nature (IUCN) and the World Wide Fund for Nature (WWF). Known examples of the re-introduction into the wild and re-establishment of a species that declined in numbers to the level of extinction provides good reason for sustaining such facilities ˗ provided it is done according to international norms and standards, and to the benefit of conserving free-ranging species that are endangered and close to extinction.

HESC has over the years conducted breeding programmes for various species accommodated at the Centre, including the African wild dog, but currently has a permit to breed only cheetahs and has been registered by CITES since 2003 as a captive breeding centre for cheetahs.

Record is kept of all cheetah births in the Cheetah Conservation Fund (CCF) national cheetah stud book and the studbook administered by the Pan-African Association of Zoos and Aquaria (PAAZA). Information recorded includes details of the sire and dam of each cub. With the relevant pedigree and demographic history of each animal registered, these studbooks are an important tool in scientifically managing populations of wild animals. At HESC we also do DNA tests on the cheetahs and issue a passport with photographs of the individual and information on the animal’s lineage (if available).

Our breeding process is facilitated by a novel arrangement that has proved most successful over the years. For a female to go into heat (oestrous cycle) to mate and fall pregnant, she is placed on her own in an enclosure and a coalition of males is brought to roam alongside in a narrow corridor appropriately called ‘Lover’s Lane’. Great care is taken to avoid inbreeding. If the female shows interest in a specific male, he will be allowed into the enclosure for a period of three to five days for the animals to mate. When we later see that a female is pregnant, she is moved to the cheetah maternity enclosure to monitor her health during the gestation period of about 95 days.

Community engagement has always been a priority as we strive to integrate conservation with sustainable rural development and a vibrant social responsibility programme. We believe that in this way custodians can be developed that will contribute to creating conservation solutions for the future.

HESC has for many years had a close association with the Hlokomela Clinic, established in 2005 as a non-profit organisation in the healthcare sector in the Hoedspruit district in Limpopo to serve a large and mainly rural population. We have assisted with a number of initiatives to educate the community about the prevention, detection and treatment of HIV/AIDS, cervical and breast cancer, and Covid-19.

Assistance to Hlokomela has been regarded as an important social responsibility investment to improve the health, living conditions and wellbeing of a community from where many of HESC’s employees originate. Initiatives were made possible through the support of donors and professionals from around the globe. Other community engagement initiatives have included hosting groups of children from a local orphanage for a three-day visit to the Centre. The children received full accommodation and uniforms and participated in a programme designed to teach them about wildlife conservation and our natural heritage. The generous support of the community made the programme possible.

During the Coronavirus lockdown period in 2020, a generous donation received from Investec was channelled to community members of Tintswalo Village in the Acornhoek district in the form of food parcels. A large donation was also made to Hlokomela to combat the spread of the Coronavirus.

Local schools: Education programmes have included a partnership with Paulos Ngobeni Primary School in the past and currently one with Lumukisa Preparatory School, located some 30 km from HESC, whereby we facilitate donations of various items acquired from HESC supporters. Our programme also provides opportunities for learners to visit and stay over at the Centre and enjoy day tours. Assistance in terms of providing equipment and the development and maintenance of infrastructure at Lumukisa is ongoing.

Scholar programme: Our scholar programme is currently being revamped and will resume in 2021. Details will be made available. A partnership with a local bank has provided full scholarships to two deserving learners of one of the local community schools to attend the prestigious Curro Nelspruit private school.

Opportunities for online courses in the field of veterinary science and other biosciences are available following our collaboration with the UK-based Expedition Project. The social enterprise project aims to identify social and environmental challenges in South Africa and create awareness of projects such as ours to encourage others to follow suit. The Project connects community and conservation projects and enterprises with each other and promotes them through its own media channels and in the form of online opportunities and courses.

Online courses include Wildlife Vet Online, for veterinary and bioscience students that cover topics on ecology, zoology and wildlife conservation, and Conservation in Action, aimed at anyone with an interest in ecology, community education, conservation tourism and what it takes to run a centre such as HESC.

The Expedition Project also offers an online visit to HESC to learn how we connect to local wildlife and environmental conservation efforts, and nearby communities. Whether you’re after a career in veterinary science, conservation, or wildlife management and want to find out what it entails, or simply interested in what we do at HESC, learn more about these fascinating courses. 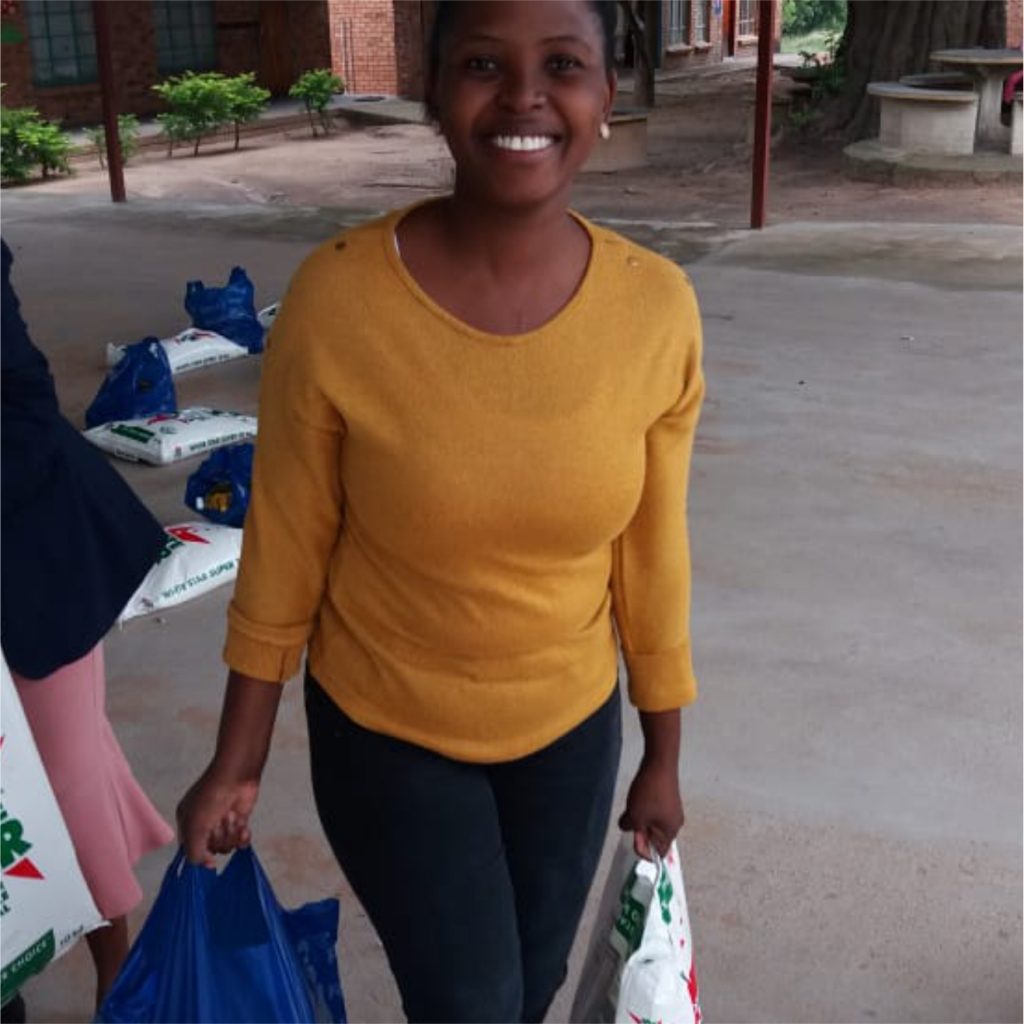 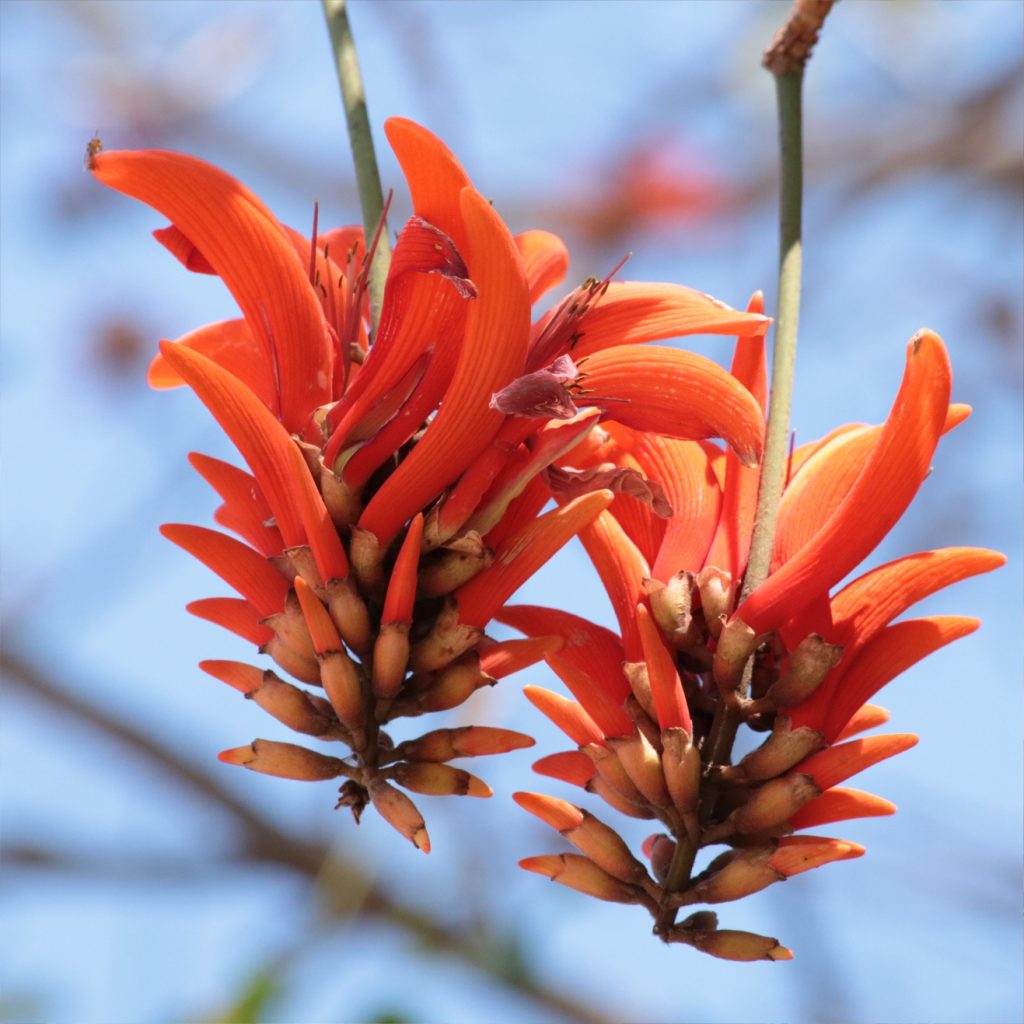 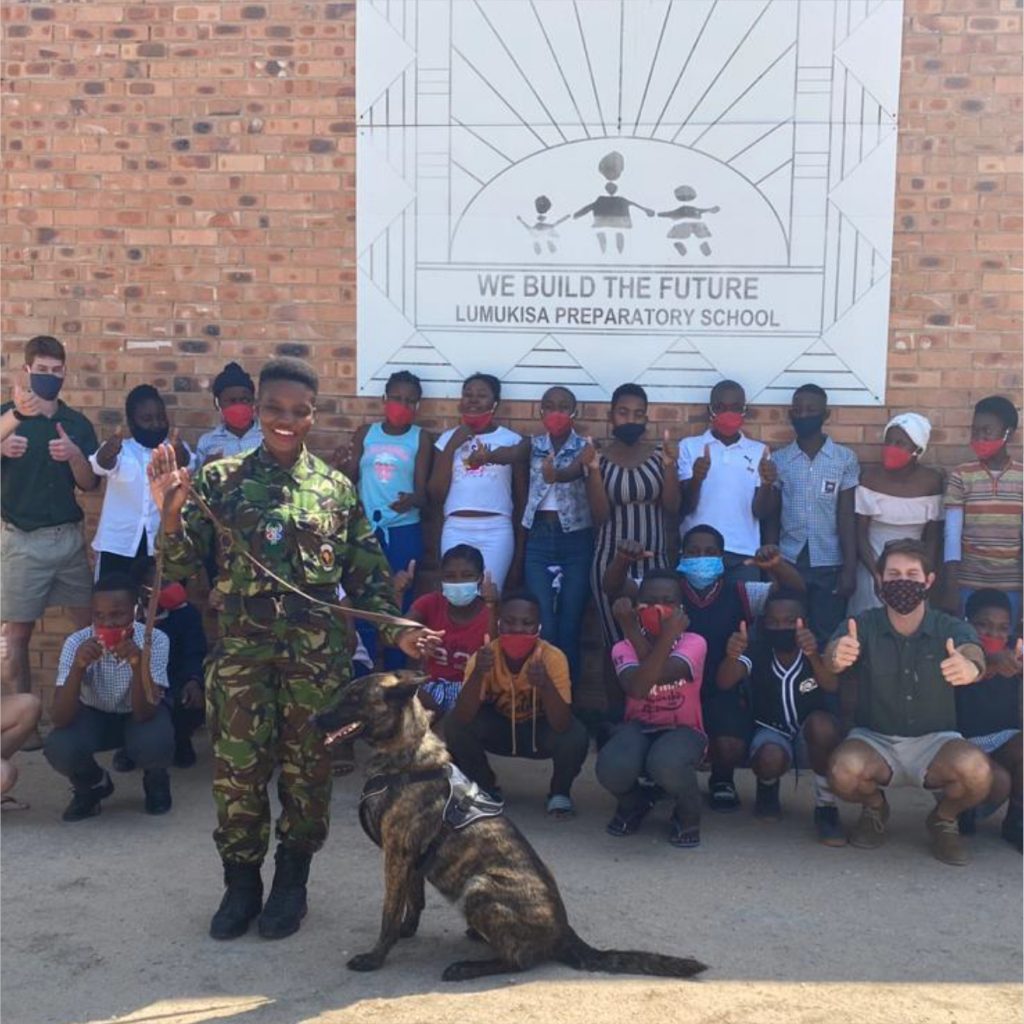 HESC focuses on the conservation of rare, vulnerable and threatened animal species and the rehabilitation of rhinos traumatised, brutalised and orphaned in poaching incidents.