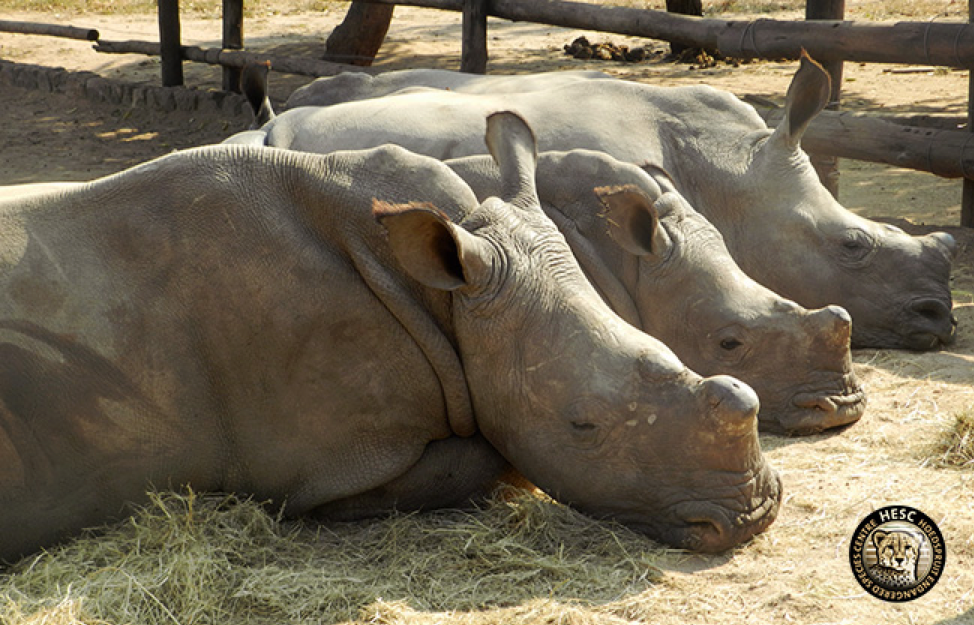 Today, a month ago on World Rhino Day we announced the release of Olivia. We remember how on 20 September 2019, we at the Hoedspruit Endangered Species Centre were over the moon and heart sore at the same time. The time had arrived for Olivia to be released back into the wild where she belongs.
It felt like yesterday that she had arrived in April 2016 as a little four-month old, scared and alone. She had been witness to the savage killing of her mother and was found next to the butchered carcass … orphaned by the heartless actions of ruthless rhino poachers.

It took a while for the traumatised little one to settl e down, but she eventually did, making friends with other orphaned rhinos that arrived, including Khulula, Nhlanhla and Lula. Besides the rhinos, she also befriended a sheep and a zebra. Affectionate soul that she is, species is not an issue to her.
We watched Olivia blossom into a beautiful young lady with a heart of gold and in the blink of an eye, it seemed, she was all grown up – and ready to be considered for release back into the wild
Much as we wanted her to be free again, emotions ran high on the day of her release. It was particularly hard for our head curator Linri who had been with Olivia from when she first arrived.

Proceedings started early that morning with Olivia being darted and sedated and loaded into the trailer. When she arrived at her new home and was let out of the trailer, she immediately walked off to explore the new surroundings.
Knowing Olivia as we do, we knew it won’t take her long to befriend the rhinos in her new reserve. We are confident that she will adapt well and enjoy her new-found freedom. First reports have confirmed this. We wish Olivia all the best and particularly that she may live wild and free and safe for the rest of her life.

Rescued Rhino, Esme, goes from Strength to Strength at HESC.