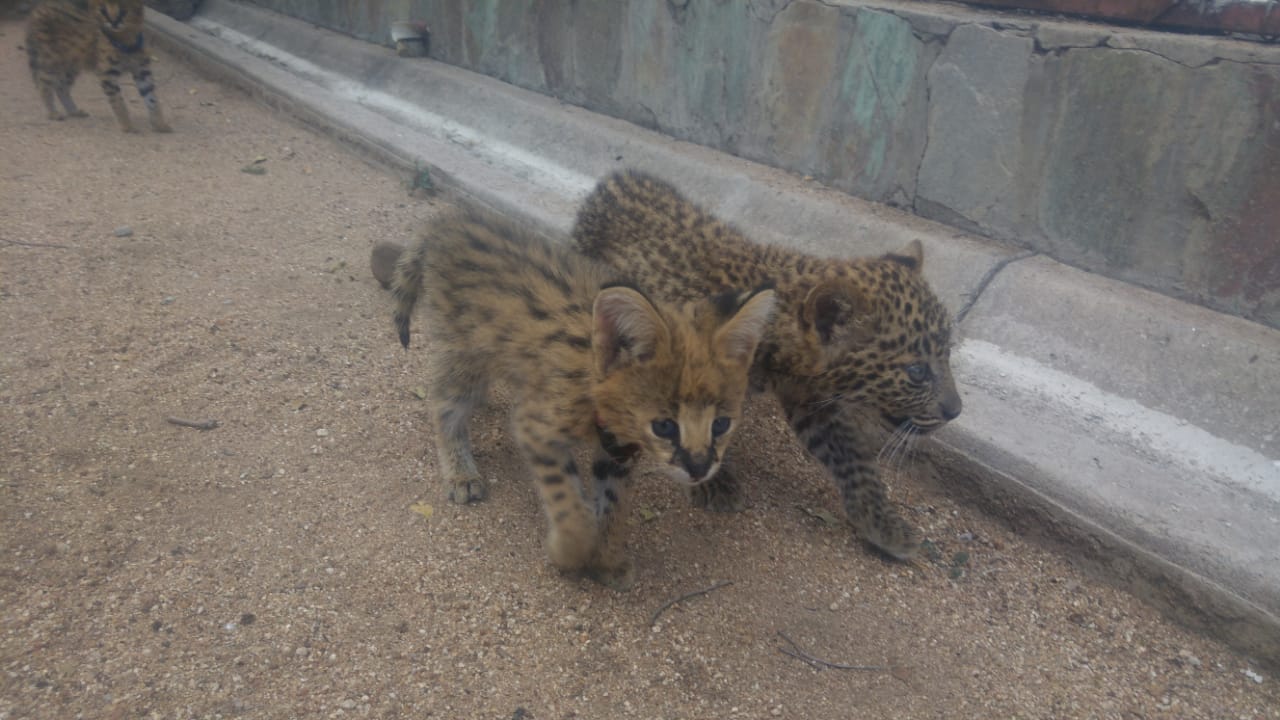 To give you a peek into the world of a curator, we’re going to be sharing some of their memories and experiences with you from now on. The first is going to be that of Linri Janse van Rensburg, our head curator, on how she hand-reared three little servals together with a tiny leopard.
The job of curator not only entails ensuring the wellbeing of animals, but also brings fascinating insight into animal behaviour.
“I remember the three little servals and a tiny leopard cub that came to us in March 2017 and how we had to hand-rear them and bottle feed them… in our rooms. They were all four so tiny. There was no way we could leave them on their own in some enclosure.
“The servals were confiscated by nature conservation and sent to us and a few days later we fetched and rescued Musina (as we named him) in the Musina district where she was found in a tree trunk next to the dead carcass of her mother, on which she had been feeding. We never could establish how long the mother had been dead and for long the little cub had been without food and water. Needless to say, she was ravenous and extremely thirsty when she was found.

“What I’ll never forget about raising these little creatures is how the two different species got along and played like siblings, scuttling and playing and rolling around! It really was an unbelievable experience and provided amazing insight into their behaviour.
“I remember how they gradually put on weight, started walking, were weaned off their bottles, started eating meat and how the hunting instinct kicked in. It was wonderful experiencing it all and still is to see how they have matured and where they are now.
“Musina is still at HESC and is doing so well, having grown into a beautiful youngster.

“For me, it was also such a privilege to have been able to release two of the servals, Alvin and Simon, back into nature onto the reserve close to Jabulani in February 2018. The third little serval, unfortunately, did not survive and died young. The two released are regularly seen around Jabulani and, of course, I still have a special bond with them!”